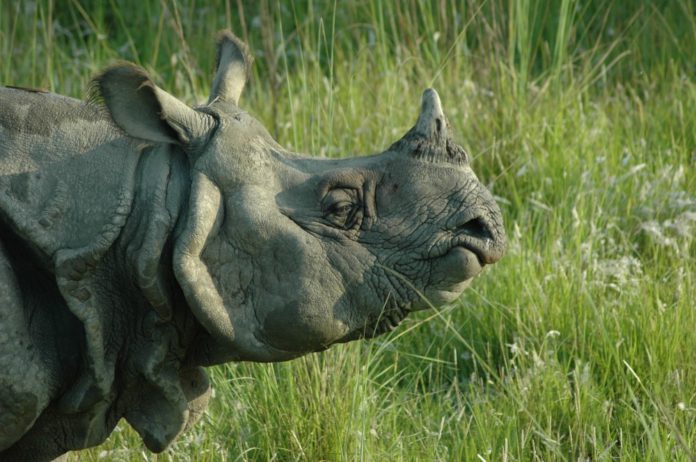 Last Friday marked more than the last day of March, for convicted rhino poacher, Durga Rana Magar of Kolhuwa, Nawalparasi, it signified the last day of life on the lam, after seven years of evading officials and a 15-year prison term.

According to The Kathmandu Post, members of the Chitwan National Park (CNP) and the Nepal Army captured Magar, following a tip that after years of living abroad, the leader of long menacing rhino poaching and smuggling gang had returned to the South Asian country.

While Magar managed to escape, at the time of the arrest, his accomplice Khadak Bahadur Mahat, was caught trying to escape with the rhino horn and is currently serving his 15 years behind bars. 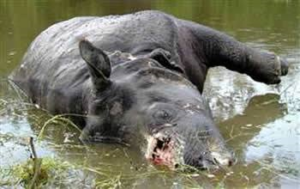 In 2012, both Makar and Mahato received the decade and a half sentence, stemming from a 2009 case against them, as per the National Parks and Wildlife Protection Act.

Following his long-awaited capture, Magar was sent to the Chitwan District Prison in Bharatpur.

While reportedly no new cases of rhino poaching have transpired in the country for the last several years, approximately 100 people are still wanted by the CNP on the charges of poaching and smuggling of wildlife parts. 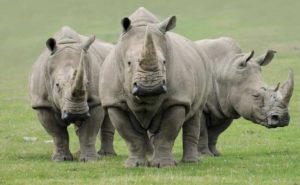 “We have mobilised a special team in search and arrest operation of people accused of wildlife poaching and smuggling,” said CNP chief conservation officer Ram Chandra Kandel who claimed the CNP is making a special effort to capture the culprits who are still at large. “Most of the absconding criminals will be arrested,” said Kandel.

The most recent consensus taken in 2015, estimated that there were approximately 645 rhinos left in the country.

Hunter Killed By Deer In France

News that a man was killed by a deer during a hunt near Paris has fueled outrage over the little challenged “tradition” in France. According...
Read more
News

Here are some of the most adorable rescued farm animals from the amazing farm rescue sanctuary Rancho Relaxo! Check out this video and click here...
Read more
News