Authorities have arrested Abdoul Salam Sidibe, who has allegedly been involved in the sales of thousands of live animals for the past three decades, including critically endangered chimpanzees from Guinea; which is home to one of the last remaining wild populations of Africa’s western chimpanzee.

According to Reuters, the apprehension of the scandalous smuggler, who is also known for dealing in rare birds and parrots, was “as part of a crackdown on a trafficking network in the country.”

Sibdie was first tracked in 2013 by members of the Eco Activists for Governance and Law Enforcement (Eagle), an NGO that fights wildlife crime, when they learned he was hawking a live manatee, which was classified as an endangered species at the time. 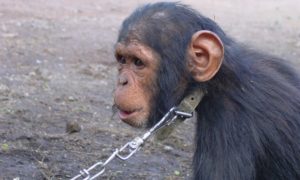 The arrest marks the second person arrested for smuggling from the same family.

Sidibe’s father, Abdouraman, was also arrested in Guinea, and condemned to five years in prison for smuggling a variety of protected species including 130 chimpanzees and 18 gorillas to China and other countries in 2015.

Charlotte Houpline, director of Guinea’s Wara Conservation Project (part of Eagle network) was quoted as telling Reuters that “The arrest of the two most important members of the Sidibé network is a victory in the fight against international wildlife trafficking and corruption,” 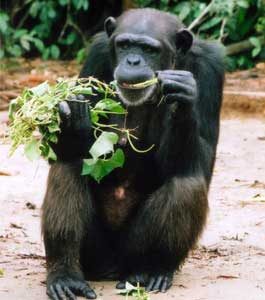 It is estimated that there are less than 60,000 of these endangered species who are threatened by loss of habitat and degradation, hunting poaching for the pet trade and local demand for bush meat, as reported by Reuters.

As one of the final acts of the 115th Congress, House Republicans today passed legislation in a partisan vote to end Endangered Species Act...
Read more
Featured Animal Spotlight

Urge Thailand To Ban The Cruel Captive Tiger Industry After Thousands Of Tigers Have Suffered & Died At The Tiger Temple & Other Tourist...

In 2016, the Thai government raided the notorious Tiger Temple in Thailand. For years, mischievous monks were advertising their tiger sanctuary as a place where...
Read more
News

Photo from Politie in the Netherlands. A young lion left abandoned in a cage was found by a jogger yesterday in Tienhoven, a village near...
Read more
Load more