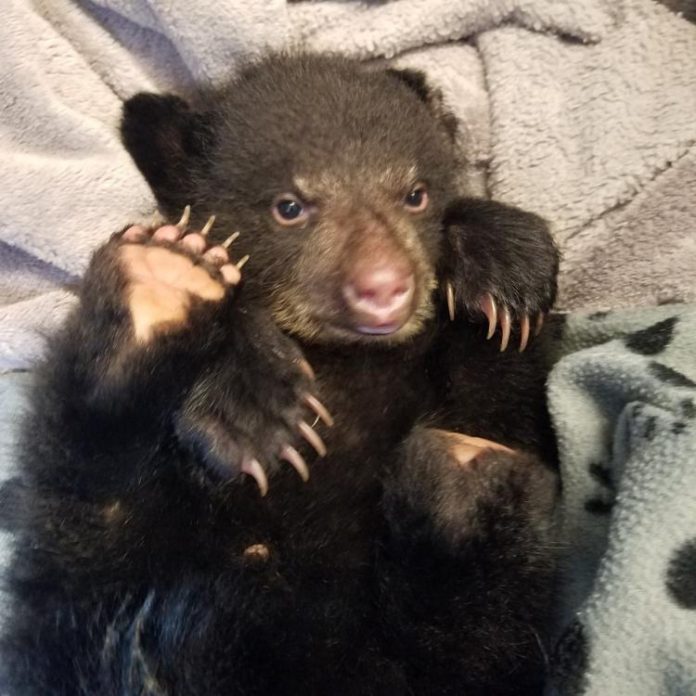 On Monday evening, a man in Salem, Oregon was hiking the Santiam River Trail outside of the city; the same trail he has trekked for the past two decades. Only this time, his outing landed him on national news. 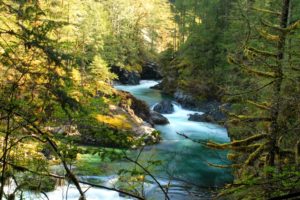 According to an ABC News report yesterday, hiker, Corey Hancock, was responsible for saving the life of a 3-month-old cub after he spotted it approximately two miles down the trail. 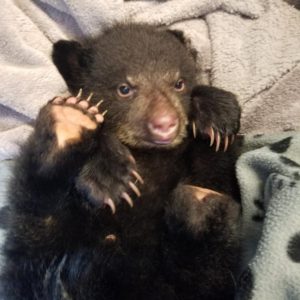 Cautious, Hancock explained how he initially observed the cub from afar, in case the bear’s mother returned, before deciding to “wrap [the bear] up and make a run for it.”

Once secure in his car, Hancock then posted a plea on Facebook for information on what he should do next. 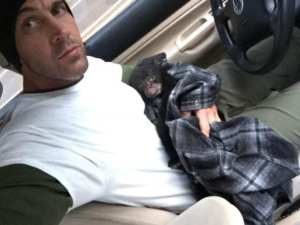 Eventually, Hancock took the cub, which he had since named Elkhorn, to the Turtle Ridge Wildlife Center in Oregon where, he said, the baby bear was described as being “malnourished” and “lethargic.”

After having improved significantly at the shelter, Elkhorn is currently awaiting a full health exam while under the care of a wildlife veterinarian with the Oregon Department of Fish and Wildlife.

“If I hadn’t been out on the trails in the rain today, this little boy would be dead,” 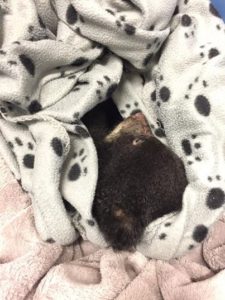 Hancock captioned a photo he later posted on Facebook. “I’m so completely thankful for today.”

But, Hancock was left with more than gratitude for being able to save an innocent animal’s life. He also received a warning, fortunately not a criminal citation, from the Oregon State Police department, as it is illegal there to capture or keep wildlife in captivity.

While he understands the law now, the father of three admitted that he was not sure, had he known, if he would have acted differently stating that “I have kids. That was a little life there that was about to be lost.” 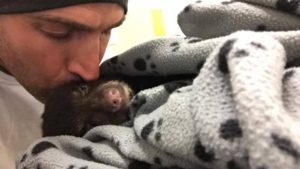 Michelle Dennehy, the Oregon Department of Fish and Wildlife public information coordinator, told the news outlet that if convicted, someone who broke this law could face a maximum of one year in jail and a $6,250 fine.

“Oregon State Police contacted Hancock, who picked up the bear cub, said Sgt. James Halsey, when explaining why they ultimately decided to serve Hancock with a warning. “Due to the totality of circumstances, to include that Hancock thought he was helping the bear cub without knowledge that the mother bear may have been nearby, a criminal citation was not issued.

Animal officials did use the situation, though, to remind the public what to do in cases such as this one; with the Turtle Ridge Wildlife Center advising people to immediately call wildlife officials if they come across an animal in distress.

The Oregon Department of Fish and wildlife agreed, explaining that people should always leave wildlife, especially young animals, in the wild.

ODFW veterinarian, Colin Gillan, further explained that, more often than not, taking an animal out of the wild may put it at even greater risk and that “the parent animal is usually nearby.” 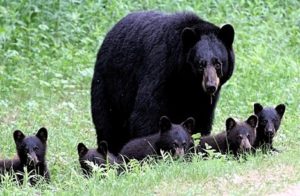 Gillan, who believes that Hancock was doing what he thought was best, concluded that the cub will most likely be sent to a zoo or possibly a rehabilitation center. If he is released back into the wild, though, he said the chances of the cub  ever reuniting with his mother are “very slim.”

Adopt A Turkey And Make This Thanksgiving A Compassionate One!

November will be here before we know it marking the beginning of the holiday season, so WAN encourages people to start thinking about adopting...A...
Read more
Industry News