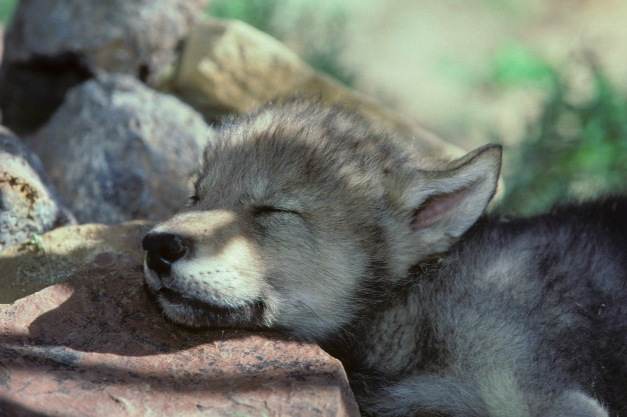 On Wednesday, a plan to delist gray wolves (Canis lupus) at the federal level passed in the U.S. House of Representatives in a 223-201 vote. Next, the proposal will head to the Senate.

If passed, this bill will allow the U.S. Fish and Wildlife Service (USFWS) to continue its plan to remove all protection for the species under the Endangered Species Act (ESA), turning population management over to individual states. However, the bill would not affect state-level endangered species lists.

While wolf numbers have been increasing in recent decades, many wildlife advocates worry that the recovery is not complete. If gray wolves are delisted, wolf management policies could be steered by local political pressure from ranchers and farmers to eradicate wolves, instead of hard science and wildlife management experts.

In the 1970s, it was estimated that only around 750 wolves remained in the U.S., in northeastern Minnesota. Now, it is believed there are at least 5,500 wolves, according to the USFWS.

Some supporters of the bill insist that the limited resources of the ESA should be used on other species that are more critically endangered than the gray wolf. Meanwhile, Ojibwe and other Native American tribes oppose the delisting, because of the cultural significance of the gray wolf.

Urgent Call To Action! Help Stop Massive Slaughter Of Thousands Of Wild Horses & Burros By The BLM In The United States

Submit Your Comments By June 1st Urging The U.S. Government To Remove Dairy From Their 2020-2025 Dietary Guidelines

WAN - May 29, 2020
0
We are beyond excited to report after learning from Animals Asia that China’s new National Catalogue of Livestock and Poultry Genetic Resources was announced this...
- Advertisement -

Submit Your Comments By June 1st Urging The U.S. Government To...