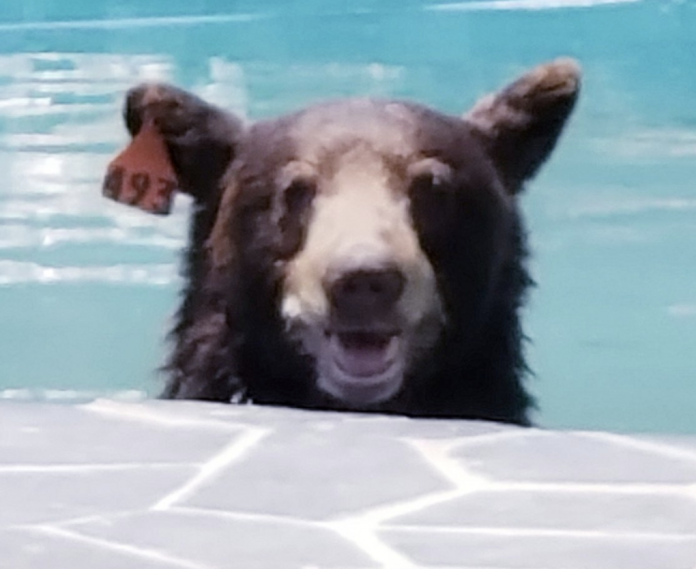 It has been especially hot in Southern California this week. How hot? Hot enough for a bear wandering around Granada Hills in the San Fernando Valley portion of Los Angeles County to happily cool off in a swimming pool.

“At different times, the bear went to a neighbor’s swimming pool to cool off and splash around,” Lurie told KTLA News.

Officers arrived at the slippery scene at approximately 10:30 am on Tuesday. The department had also alerted to the California Department of Fish and Wildlife about the incident which deployed several wardens to help with the bear.

The red tag on the bear’s ear meant that he had been found in a residential neighborhood at least once before.

The combination of the heat, swimming, and walking, makes most people and animals, tired so it was not surprising after another lap around the neighborhood, the bear stopped to take a nap in some bushes. 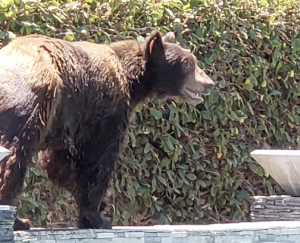 Then, after his hours-long outing, the bear was peacefully tranquilized, captured, and relocated somewhere in the Angeles National Forest.

While this story about a cool sweet-faced bear may bring smiles to your face, as it did ours, Capt. Lurie was quick to remind people that anyone who notices an animal such as a bear should immediately contact local authorities.

“Bottom line is, if you see wildlife in your neighborhood, in your yard, call 911,” Lurie continued. “Don’t approach the animals and let the professionals from Fish and Wildlife take care of it like they did today.”

Eighteen-year-old Lee de Paauw, should have never accepted a dare on Sunday that had him jump into a river located in far north Queensland...
Read more
Breaking News

The U.S. Fish and Wildlife Service (USFWS) finalized a rule today that removes protection from gray wolves in the lower 48 states, except for a small population of Mexican gray...
Read more
Industry News