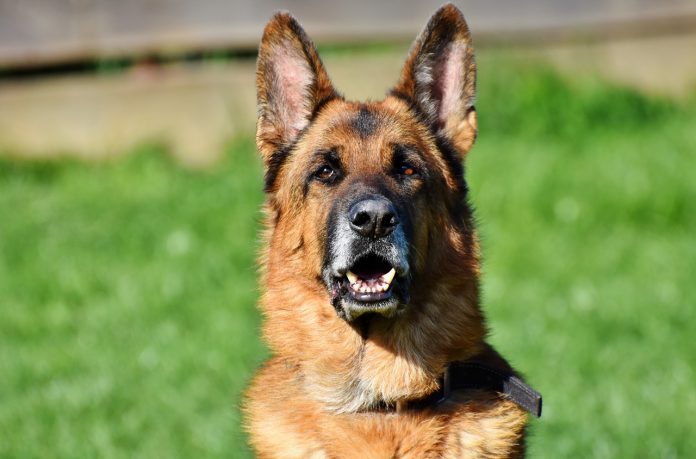 Sadly, yet another shocking story of people in the position of power abusing their authority.

Police officers with the Newark Police Department in Delaware decided to chase two stray dogs who were running loose on the streets of Delaware on May 11th, they sadly hit both of them with their police car. One dog was a German Shepherd and the other was a pit bull.

Thankfully, the German Shepherd was able to get away, but the pit bull was hit by the officers with their SUV and then shot multiple times and killed by one of the officers.

According to the Newark Police Department, the decision to use lethal force was made because the dogs were near a highway and open businesses with foot traffic, as well as residential neighborhoods.

Don’t you think that running over the two dogs and shooting one of them in a busy area seems much more dangerous to public safety?

The real reason why the two dogs were apparently “aggressive” was because they were scared after police and animal control officers chased them with their cars, screaming at them to get them to stop.

This action by the officers likely just caused them to panic and run faster. The officers should have been trained like all other police officers throughout the country should, to be able to appropriately deal with both domestic and wild animals in a case such as this, and not resort to lethal force. This just shows a lack of education and training on the officers part. Sadly, many similar incidents like this happen every day throughout the country.

This incident must be addressed and the system must be fixed so that other animals are not harmed in the future because an officer was not given the correct training to know how to handle an animal on the loose.

The vulnerable leatherback sea turtle is massive and can weigh up to 700 kgs and measure up to seven and a half feet in length. Their...
Read more
News