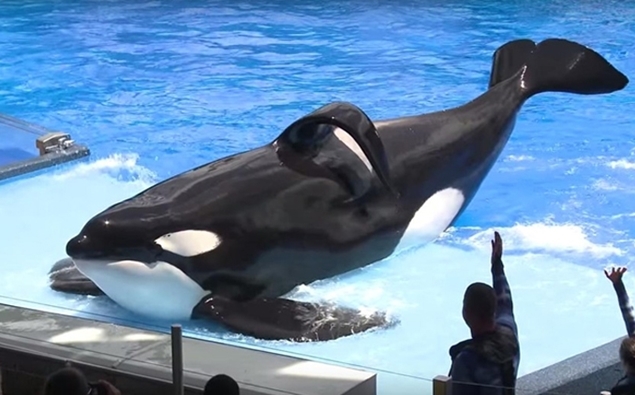 RIP Tilikum, You Are No Longer Captive

Sadly Tilikum, the orca who was stolen from the wild in the 1980’s and sold into a life of captivity, has died today at the age of 36 at SeaWorld Orlando. Tilikum inspired the documentary “Blackfish” exposing the dark secret of captive orcas and marine mammals at SeaWorld.

SeaWorld Orlando announced that Tilikum passed away on Friday. His cause of death has yet to be determined. He is said to have had “many health issues”.

In the wild, orcas swim hundreds of thousands of miles each year with their family pods. Tilikum was a baby when he was stolen from his family and ocean home, for a life of entertainment.

Tilikum killed his trainer, Dawn Brancheau, in 2010. The 40-year-old handler was interacting with Tilikum before a live audience at SeaWorld Orlando when he pulled her from a platform and held her under the water. Another sad reason why orcas do not belong in captivity, they are wild animals.

We are not able to give a wild animal like Tilikum, everything they need in captivity like their natural habitat that they were designed to live in.

Do not purchase a ticket or support captive orca or dolphin shows. These animals deserve to be free in the wild where they belong.

Previous articleBreaking! China Bans Domestic Ivory Trade By End Of 2017
Next articleDog Rescued From Near Death By Animal Aid

Last month, another tragedy took place at Islamabad Zoo. A wolf got into the deer enclosure and attacked a herd, killing 5 and leaving 1 with...
Read more
News

Nellie The Rhino Has Been Saved!