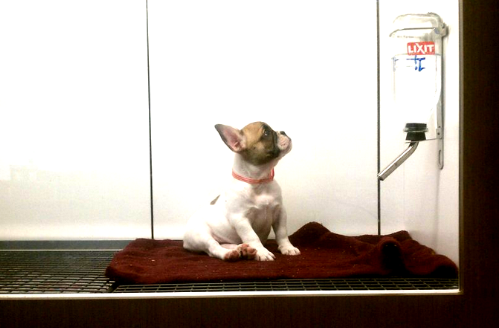 Newport Beach, CA – After five years of educating the public about puppy mill dogs like those sold at Russo’s Pets, the store closed its doors June 30. Right up until the end, its Facebook page promoted its puppies with photos of happy kids with their new pets even as others were posting on that same page that they were alarmed at the number of sick dogs they saw in the store.

Now, thanks in part to Best Friends volunteer Brenda Cavillo and her team, the store lost its lease at the tony Fashion Island shopping destination. The Newport Beach City Council had declined to discuss an ordinance banning puppy mill dogs. Russo’s has another store in Laguna Niguel which features only pet supplies. It is unknown whether the retailer will attempt to open at another location where puppy mill dogs are still permitted. 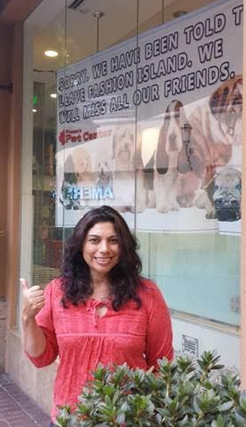 Other Orange County cities, including neighboring Laguna Beach, have enacted ordinances that ban the sale of pets from irresponsible breeders for several years.

Cavillo also was part of a team that succeeded in shutting down Barkworks in Mission Viejo after a four-year education effort with the public. Barkworks still has a store in Brea that features puppy mill dogs. A team of Best Friends volunteers has worked that the mall on weekends for nearly five years to educate consumers there about puppy mills.

“We have to work city by city (on this issue) in order to get state support (for such bans),” Cavillo said.

People Are Outraged As Dogs Are Being Brutally Killed By Police Following Unfathomable New Regulations In China; This Must End!

Photo from Shanghiist As if the plight of dogs in China was not dire enough, now they are being seized and beaten to death by city...
Read more
News

Victory! Appeal To Sterilize Wild Horses In Idaho Is Dismissed

A controversial effort to allow the sterilization of a herd of wild horses in Idaho, which threatened to set a dangerous precedent throughout the West...
Read more
Healthy Living

The Physicians Committee for Responsible Medicine filed a lawsuit against the State of California yesterday for failing to include cancer-causing processed meat, such as hot...
Read more
Load more