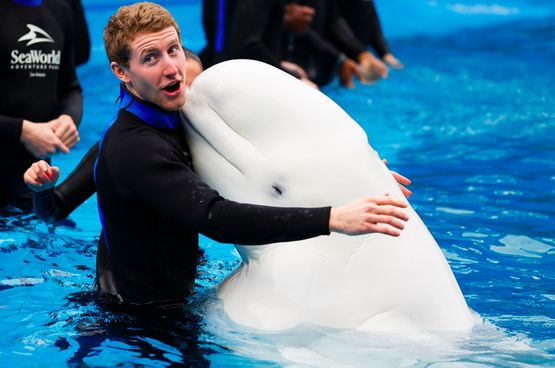 SeaWorld Promised To End Orca Breeding, But Will Continue Breeding Other Whales

Public outrage against captivity heavily-influenced SeaWorld’s decision to put an end to orca breeding. However, the park made no such vow to end the breeding of its beluga whales and dolphins. 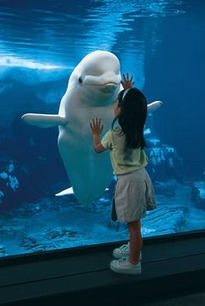 Documentaries such as Blackfish have brought to light the negative impact that captivity has had on SeaWorld’s highly intelligent residents. Many experts, including conservationist Jane Goodall, have concluded that these species cannot “thrive and achieve good welfare” within an aquarium environment. 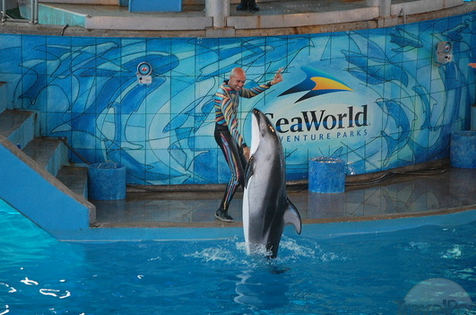 Both beluga whales and dolphins suffer in the same manner as orcas as they are also kept in captivity for the purpose of human entertainment.

A newborn calf at SeaWorld San Antonio was recently transported to the park from Canada, despite the fact that transportation is highly stressful for belugas.

Former SeaWorld employee Sarah Fischbeck has revealed that the park repeatedly bred a female beluga named Ruby, despite the fact that she had attempted to kill several of her own offspring in the past, which can likely be attributed to the impact of captivity on her mental well-being.  When a miscarriage caused Ruby to become fatally ill in 2014, the park allegedly kept her out of sight in a small pool away from visitors.

The details surrounding both the beluga and dolphin breeding programs at SeaWorld remain vague. A dolphin calf was born in San Diego in October, while a premature beluga died in July at SeaWorld San Antonio.

Animal advocates have spoken up and Kalahari Resorts and Conventions finally listened; confirming the dissolution of its partnership with Timbavati Wildlife Park and, hence,...
Read more
News

A vigil for marine life was held yesterday on the steps of City Hall in Gulfport, Mississippi, in an effort to stop the captivity...
Read more
International News

Humane Society International currently has a rescue team on the ground in South Korea to save 90 dogs and puppies from the horrors of...
Read more
Load more