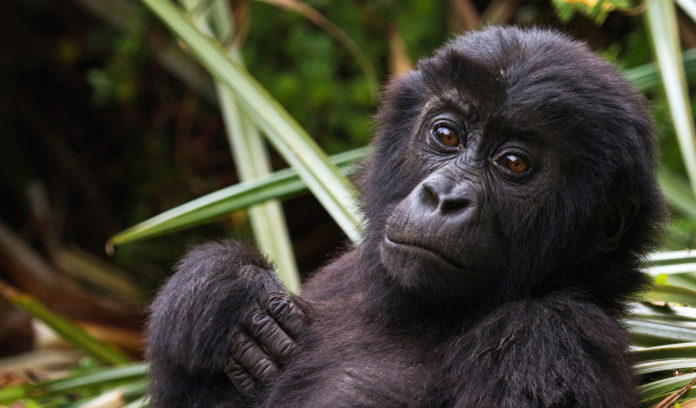 Eastern lowland gorillas can only be found living in the Democratic Republic of the Congo; but sadly, the remaining gorilla population that lives there are steadily shrinking due to deadly militia and miners bearing arms.

Now on the Critically Endangered Species Red List, which indicates they are one step closer to extinction, the Eastern lowland gorillas have fallen victim to human greed and consumerism.

The Eastern Lowland Gorilla is the largest of the gorilla subspecies, yet the most vulnerable. These gentle giants are being slaughtered for their land and bushmeat by miners that are hungry for coltan, a dull black metallic ore that includes tantalum; a key element that is used in most modern electronic devices, including cell phones.

With an estimated 70% of the world’s tantalum used for the production of cell phones, televisions, laptops and other high-tech gadgets, it is very much in demand and according to a 2015 Newsweek article, tantalum is also traded on one of the world’s most secretive markets.

The majority of the world’s coltan is mined in the Democratic Republic of the Congo. The region is known for its coveted “conflict minerals” which include gold and the ores that contain tin, tungsten and tantalum.

What Could Be Better Than A Best Friend Who’s A Cow?

Mystery the cow and Tom the cat love their time bonding! Try Going Dairy-Free, Plant-Based, Vegan and Save A Life!
Read more
News

In yet another unfathomable move taking place under the Trump Administration, the Environmental Protection Agency (EPA) has refused to ban M-44s, also known as cyanide...
Read more
Load more