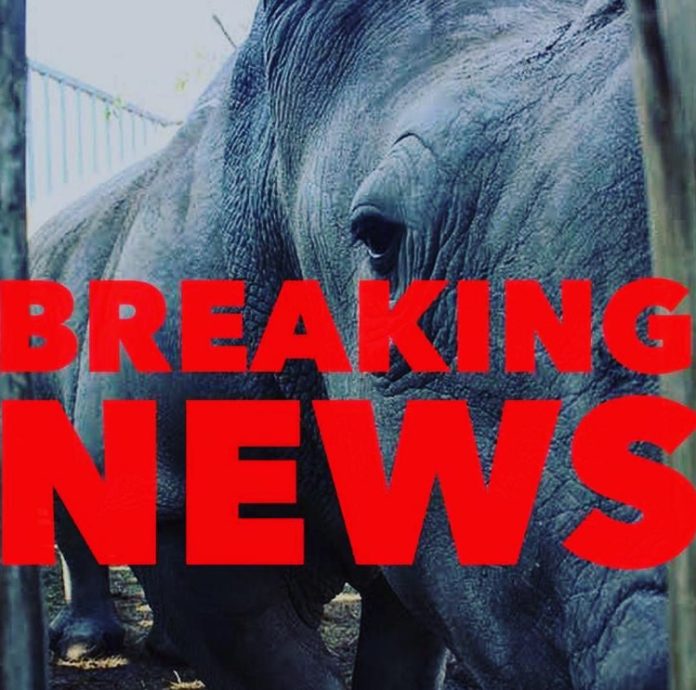 “In a somewhat bewildering announcement today, South African Environmental Affairs Minister Edna Molewa has declared that she plans to permit the trade in rhino horn domestically and, in what looks like a loophole big enough to drive a tractor through, the export internationally of horn for ‘personal purposes’. This after years of repeated attempts by her in court to resist applications by local rhino farmers to trade horn on the domestic market.

Anyone wanting to take advantage of the proposed legislation will need to acquire the necessary permits, and the rhino horn has to be genetically profiled by a suitably registered scientific institution. Non-South African citizens and residents may also apply for the necessary permits, so long as their home country provides a letter stating that domestic legislation is in place to prevent the contravention of the relevant ‘provisions of CITES’.

Call To Action! Help Ban Horse Slaughter In The United States By Supporting The SAFE Act

Photo by World Animal News Shockingly, thousands of trophy hunters from around the world will gather next week in Reno, Nevada, from (February 5th-8th), for Safari...
Read more
News

It's Endangered Species Day! There is no other time like this in our earth's history where more than half of our planet's species are...
Read more
Load more