South Africa’s position on a motion to terminate the hunting of captive-bred lions and other predators.

South Africa has noted the motion moved by seven Non-Governmental Organisations calling for the termination of hunting of captive-bred lions (Panthera leo) and other predators and captive breeding for commercial, non-conservation purposes in South Africa.

The motion was presented for/at the 2016 International Union for Conservation of Nature (IUCN) World Conservation Congress (WCC) currently under way in Hawaii, United States of America. The motion expresses the NGOs’ concern on the alleged escalation of the breeding of lions for the specific purpose of ‘canned lion hunting’ or ‘canned lion shooting’, by sectors of the wildlife industry in country.

While South Africa does not support some of the aspects in this motion, it will however consider the implications associated with the motion and engage the IUCN Director-General and the IUCN members on the requirements contained therein. The IUCN has always recognized the role that sustainable, legal hunting plays in conservation and supports human livelihoods in areas where other farming and land use options are less viable.

Subsequent to the motion, initial discussions with the NGOs have been undertaken leading to a consensus on the need for continued cooperation in addressing non-compliance and research needs, as well as further strengthening regulatory framework.

Speaking at the IUCN World Conservation Congress, Deputy Director-General responsible for biodiversity and conservation Mr Shonisani Munzhedzi said that “while hunting makes a substantial and positive contribution to conservation management and economic growth, we also have a responsibility to preserve the resource base and ensure that the industry has a sustainable future. However, hunting activities must be undertaken within the framework of the regulatory prescripts.”

South Africa is recognised worldwide for its conservation successes which includes the African lion, in addition has a proud record of collaborating with the global community to ensure natural resources form the global common good are properly conserved, sustainably utilized and that arising out of them are shared fairly and equitably. It is in this light that the International Union for the Conservation of Nature (IUCN) recently hailed South Africa’s advances in protecting the species such the African lion.

”We would like to emphasise our commitment to the promotion of conservation, sustainable use of biological resources and the fair and equitable sharing of benefits arising from the use its biological resources, , noting further that responsible utilization of wildlife contributes to the enhancement of socio-economic development, rural livelihoods, and job creation in the sector,” added Mr. Munzhedzi.

However, South Africa, cautions against assumptions that the adoption of this motion will result in the shutting down of facilities. As it is known, biodiversity contributes to the achievement of Sustainable Development Goals (SDGs). Existing legislative tools and frameworks therefore regulate this sector including the aspects of captive keeping and hunting of lion in South Africa in a manner that ensures a balanced approach to its overriding developmental priorities and challenges.

South African government remains committed to the sustainable use of the country’s biodiversity, and will continue to develop and implement an effective system for managing and monitoring trophy hunts in the country.

Issued by Department of Environmental Affairs 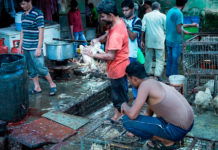 URGENT! Signatures Needed For Petition Urging The United Nations To Ban Wet Markets Around The World Amid Coronavirus Outbreak 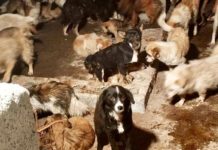 Breaking! The City Of Shenzhen Becomes China’s First To Ban The Dog and Cat Meat Trade In Major Crackdown 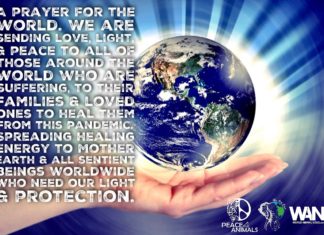 WAN - April 3, 2020
0
A prayer for the world! We are sending Love, Light, & Peace to all of those around the world who are suffering, to their families...
- Advertisement -

Breaking! The City Of Shenzhen Becomes China’s First To Ban The...