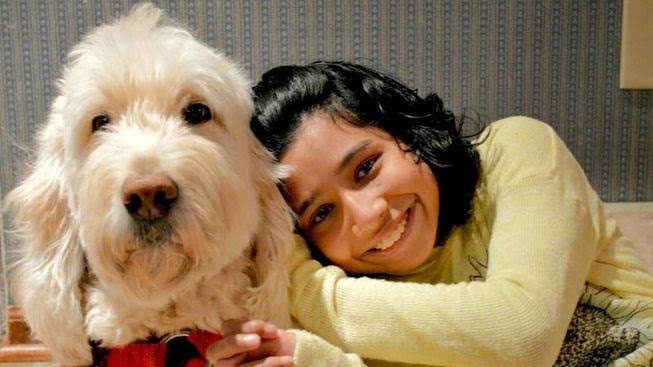 The United States Supreme Court recently ruled in favor of a girl with cerebral palsy in a case against a school in Michigan which refused to allow her to bring her service dog, a Goldendoodle named Wonder, to class.

The higher court determined that Ehlena Fry, 13, and her family “may not be obligated to go through time-consuming administrative appeals with the local school board before suing for damages for the emotional distress she said she suffered by being denied the assistance of her dog” as warranted under the Individuals with Disabilities Education Act (IDEA).

The unanimous ruling acknowledges the right for students and their families to sue for violations of other federal disabilities law, not only the special education law’s core guarantee of a “free, appropriate special education (FAPE)” and remanded the case back to the lower appeal courts to decide.

Justice Elena Kagan, explained in an opinion for the court, and reported by Education Week, that in the case of Ehlena “a federal appeals court did not undertake the proper analysis to determine whether the family’s suit was mainly about special education or essentially about vindicating the child’s rights under the Americans with Disabilities Act of 1990 or the Rehabilitation Act of 1973.”

“The Frys’ complaint alleges only disability-based dis­crimination, without making any reference to the adequacy of the special education services E.F.’s school provided,” Kagan noted, suggesting ‘that it was more likely the latter since Fry was seeking to use her service dog for better accessibility at school’.

Cerebral palsy is a neurological condition that affects body movement and coordination. Wonder, the girl’s service dog was trained to help Ehlena with her balance, as well as to open and close doors, turn on lights, take off her coat and other daily tasks that most of us take for granted.

“I saw with my own eyes how Wonder helped my daughter grow more self-reliant and confident,” said Ehlena’s mother, Stacy, in a statement sharing the significance of the ruling for other families going through similar discrimination. “We are thankful that the Supreme Court has clarified that schools cannot treat children with disabilities differently or stand in the way of their desired independence.”

The case revolved around when Ehlena’s elementary school in Napoleon, Michigan refused to allow her to attend school with her service dog in 2009; claiming “she already had a one-on-one human aide, as part of her individualized special education program.”

The family, who then moved to a different school district which allowed Wonder to accompany Ehalana, filed suit in 2012 in federal court, claiming discrimination under the Federal Americans with Disabilities Act, which permits service dogs in public institutions.

According to Education Week, Michael J. Steinberg, the legal director of the American Civil Liberties Union of Michigan, which represented the Fry family, called the decision “pretty close to total victory”.

“We never challenged the adequacy of Ehlena’s education. She was receiving a fine education. They had an aide that provided all the help she needed for her education. What she wanted a service dog for was to help her become a more independent person,” he said.

“The beauty of the opinion is that it paves the way for tens of thousands of students who come after Ehlena and will not have to waste their time jumping through futile administrative hoops”.

Though Ehlena is now in 6th grade and no longer relies on Wonder, at school, as reported by education week, the Fry family is “seeking damages in their disability-discrimination suit, a remedy they could still receive after another round or two of court proceedings.”

Sheri, left, an Afghan Hound, and her cage mate moments prior to being rescued. Jean Chung for HSI Animal rescuers from Humane Society International have...
Read more
News

The Story Of Hurley & His Family

The incredible people at Woodstock Sanctuary recently rescued 4 piglets and their mom from a terrible neglect situation. But there’s more to this rescue story,...
Read more
Load more