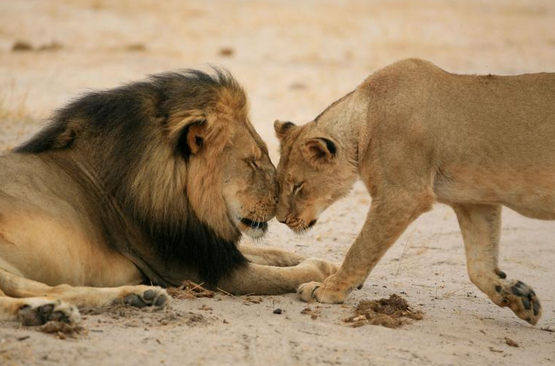 TAKE ACTION!: Stop The Killing Of 200 Lions At Cecil’s Park

Bubye Valley Conservancy is Zimbabwe is considering a cull of 200 lions. This park is well-known as the park to which Cecil was lured into by American dentist and trophy hunter Walter Palmer so that he may hunt and kill him.

As trophy hunters continues to kill lions and other animals for their own “enjoyment” and to feed their egos, we must continue the fight in order to save these populations.

This cull is NOT necessary and puts the lion population in grave danger. Please SIGN our partner Care2’s petition urging the Bubye Valley Conservancy to STOP this cull.

Victory! A Court Order Rules That Yellowstone’s Grizzly Bears Will Remain Protected From Hunters Under The Endangered Species Act

Rescued From The Pet Trade In France, 4 Lion Cubs Settle Into Their New Forever Home At Born Free’s Big Cat Sanctuary In South...

Photos by: Filip Fortuna, Born Free Foundation  It has been a little over one week since four lion cubs were rescued from horrendous captive conditions...
Read more
News

Urgent Call To Action! Help Stop Massive Slaughter Of Thousands Of Wild Horses & Burros By The BLM In The United States

The Bureau of Land Management (BLM) just released a profoundly misguided report which includes provisions for massive roundups of 20,000 to 30,000 wild horses and burros each...
Read more
Load more