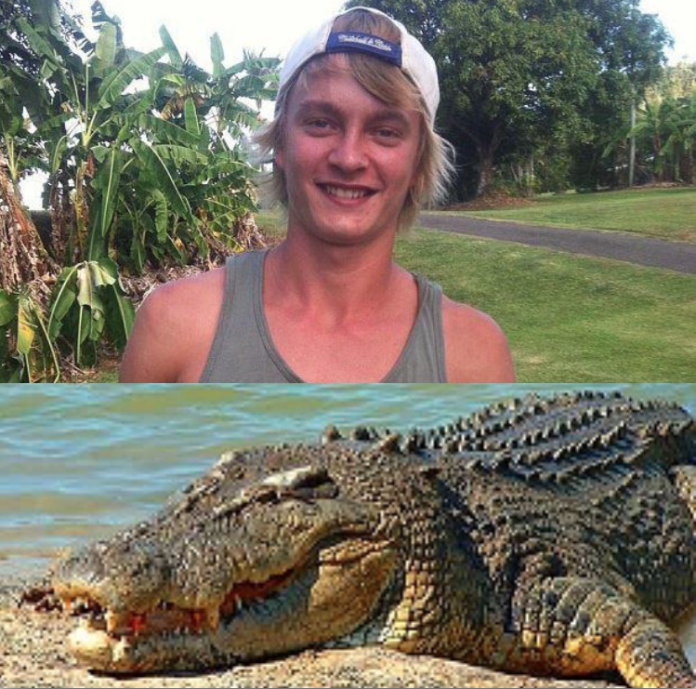 Eighteen-year-old Lee de Paauw, should have never accepted a dare on Sunday that had him jump into a river located in far north Queensland because, as he soon found out, he was not alone. 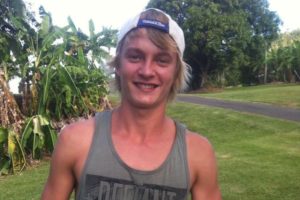 de Paauw, who reportedly jumped into the Johnstone River just before 2:30am, quickly found himself being attacked by a crocodile who was biting his arm and hand. 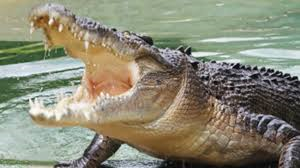 According to the Daily Mail, he accepted the dare in an effort to impress a British backpacker.

Currently, de Paauw is in a hospital in Cairns where he had surgery on his arm and is being treated for significant injuries.

“Being dared, I jumped off the jetty and I was swimming back around to the stairs to get out. I was about to pull myself back up when the croc grabbed my arm and dragged me back out and started rolling me,” said a recovering du Paauw who confessed he is still “smitten” with the girl he was trying to woo. “I hit it in the nose and it loosened its grip. I got another hit in and it was right in its eye. It dropped me then.” 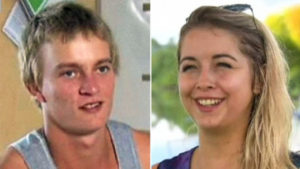 Queensland paramedic Neil Noble explained, to the Guardian, that the initial report was that a man had lost his arm to the crocodile but, fortunately, when first responders arrived, they found that his arm was intact but severely injured.

“Reports from the scene were that he was dared to jump into the water, in which is well known for its crocodile population,” said Noble. “Hopefully surgeons can help him and restore full use of his arm. We’re just very grateful that he survived this incident because it could have turned out to be quite fatal. Certainly, to get out of the water was absolutely vital in case that crocodile was able to get a good grip on him and do the death roll and then drown him.

The owner of the local wildlife cruises business, Snapping Tours, Brenton Gangemi, said he believed the croc was “a three-and-a-half to four-meter male saltwater crocodile that had been frequenting the area recently.

Sky News reported that Gangemi said that it was possible that a bull shark, which are common in the river, could have also been responsible for the savage attack.

Saltwater crocodiles, known informally as Salties, are the largest of all living reptiles and also one of Australia’s most dangerous land animals.

Sadly, most recently, New Zealand-born photographer Cindy Waldron died after she was dragged under water by a 4.3m saltwater crocodile while walking with a friend at Thornton Beach, north of Cairns in May of last year. 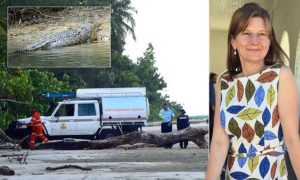 According to National Geographic, there are an estimated 200,000 to 300,000 saltwater crocodiles in the world and are considered at low risk for extinction. But, explains, “saltwater croc hides are valued above all other crocodilians, and illegal hunting, habitat loss, and antipathy toward the species because of its reputation as a man-eater continue to put pressure on the population.”

Sign Petition To Urge Officials In Jaipur, India, To Rescue 6-Year-Old Suman, The Elephant, From The Khan Family!

Suman never got a chance to be a real elephant. She was born into the notorious Moonlight Circus where elephants like her were forced...
Read more
News

One Of The World’s Most Critically Endangered Species, A Snow Leopard, Was Killed After Escaping His Enclosure At The Dudley Zoo In The UK

It is beyond comprehension that one of the last remaining critically endangered species, a snow leopard, was shot dead last week at The Dudley...
Read more
News

As previously reported by WAN, Animal Recovery Mission (ARM), a remarkable boots-on-the-ground non-profit investigative organization that is committed to eliminating some of the most extreme...
Read more
Load more