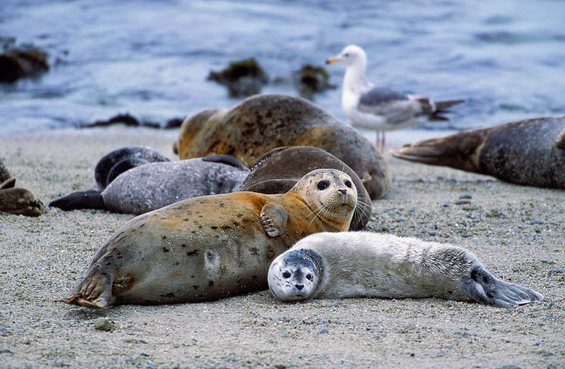 Many recent tragedies with regards to human interference with wildlife has been documented this past year. One of the most prominent was the story of the bison calf that was euthanized after a father and son “rescued” it at Yellowstone National Park, claiming that the calf looked cold and needed to be placed in their vehicle.

NOAA Fisheries has reminded us of four recent incidents in Washington and Oregon in which people illegally removed harbor seal pups from the beach which led to the deaths of two seals.

In one case, a human used a reusable shopping to carry the pup away from the beach. State wildlife officials made the decision to euthanize the animal as it was found lethargic and unresponsive.

NOAA Fisheries staff expressed concern as harbor seal pups are born this time of year, and are co-existing with tourists. Often, harbor seal pups may exit the water and remain in the same place for several days or weeks at a time. This is natural behavior for those four to six weeks old, and does not indicate that they’ve been abandoned.

Humans are often unaware of their natural behavior and make attempts to “rescue” the animals on their own, essentially interfering with their lives and placing them at risk of abandonment by their mothers. Officials state that beach visitors should stay 100 yards away from sea life, and should not feed them.

In addition, taking selfies with wildlife is stressful for the animal. Such actions can be fatal for the animals, as was the case for a young dolphin seen plucked away from its ocean home in Argentina. 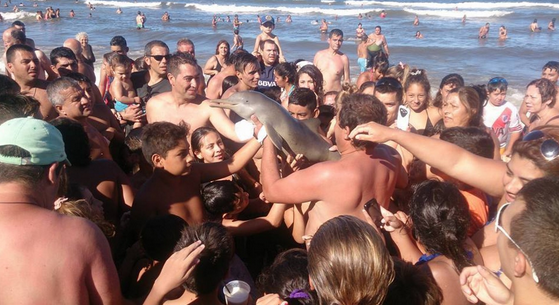 NOAA also has announced its Office of Law Enforcement will soon begin summer patrols around needed areas to protect marine life from humans and boaters.

Breaking! England Bans Plastic Straws And Other Plastic Items In An Effort To Protect Our Planet From Plastic Pollution