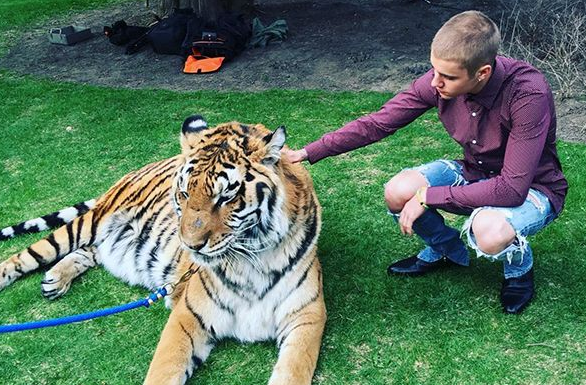 Justin Bieber has been well-known for his animal Instagram posts, as he’s taken photos with puppies and his pet monkey in the past. More recently, he’s become even more wild as his animal selfies are involving more exotic animals, including big cats.

Bieber, who is from Canada, has angered Toronto Animal Services with his string of animal poses. The TAS received complaints after he posed for photos with tigers and lion cubs backstage during a visit to Toronto this spring. The city has strong longs that ban exotic cats within the city limits, and issued a strong warning to Bieber. 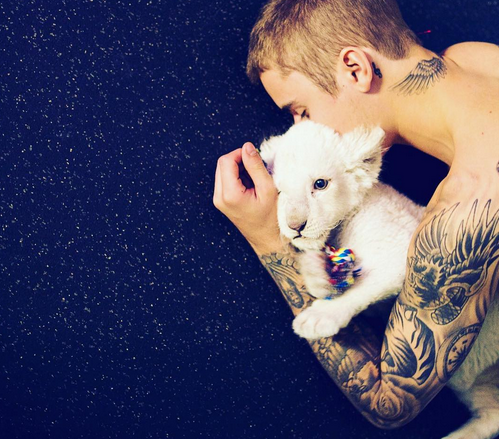 PETA has also spoken out against Bieber’s wild animal selfie phase: “We’re calling on Justin and his family never to use animals as selfie props or party entertainment again. Nearly three weeks after posing with animals from an outfit whose owner is facing five counts of cruelty for mercilessly whipping a tiger, Justin Bieber is at it again. He apparently posed with the same baby lion who had been paraded at his father’s engagement party and torn away from his mother shortly after birth — putting his life at risk so that he could be exploited for photo ops with clueless celebrities. This is cruelty, not conservation, and it’s time for Bieber to say ‘Sorry’ for endorsing the sleazy exotic-animals trade.”

Ironically, Bieber has recently announced that he would no longer be taking selfies with fans, as he stated, ‘I feel like a zoo animal.”

Last week, Mexico announced that it will ease enforcement in the vaquita’s core Upper Gulf of California habitat, at a time when only 10 of...
Read more
News

Photos from Sea Life Trust The Sea Life Trust Beluga Whale Sanctuary, which was created in partnership with Whale and Dolphin Conservation (WDC), is one...
Read more
Load more