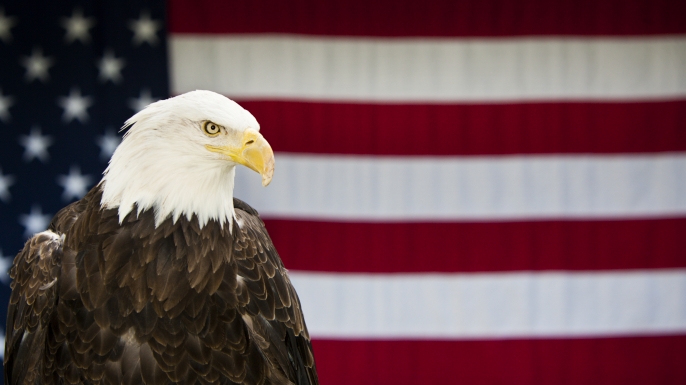 A U.S. Army veteran rescued a bald eagle that he discovered hanging upside down from a tree which was located 70 feet off the ground. The eagle was unfortunately entangled in rope in a tree near the veteran’s Rush City, Minnesota cabin.

Jason Galvin used his .22-caliber rifle with a scope to fire 150 shots at the rope that was tangled around the eagle’s leg. 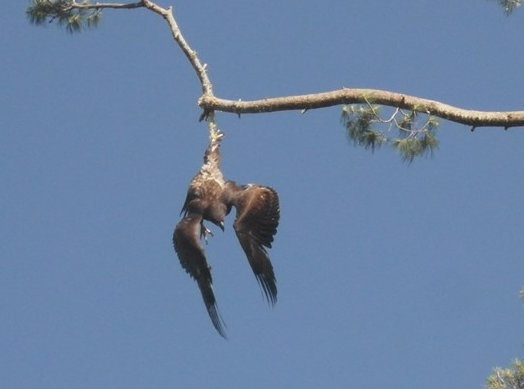 Galvin’s wife, Jackie, said that the eagle was stuck for several days and that they had no other action to take, although her husband was extremely nervous to shoot near the bird.

“I told Jason he had to shoot it free! He was nervous as he didn’t want to get in trouble for shooting at an eagle, but I know with his sharp shooter skills that if anyone would save this eagle it was him!,” said Jackie.

The rescue effort took nearly 90 minutes with a borrowed gun, and the windy weather brought about difficult complications.

After the eagle was freed, the couple wrapped him in a blanket. The eagle, now known as “Freedom “, is recovering at the University of Minnesota’s Raptor Center. The couple hope to release Freedom when he is healthy and well.

Wrote Jackie, “What an amazing hero, my Army Veteran saving an eagle on 4th of July Weekend!”

NOTE: This eagle was extremely lucky, but please do not try this at home unless you are familiar with rescuing wildlife.

After More Than 14,000 Sheep Die In Romanian Ship Tragedy, New Report On Live Animal Transports Reveals Why Live Exports Must Be Banned Worldwide

Photo By: FOUR PAWS A new report on live animal transports in Romania published by the EU Commission identifies severe shortcomings with regard to animal...
Read more
News

England's government has given the green light to expand the culling of badgers to three more counties in 2016. Hunting licenses have been given to...
Read more
News