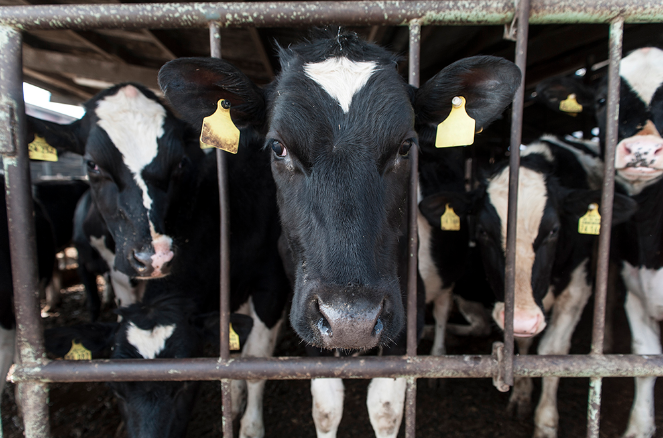 Cheese has been stringing people along for long enough, pretending to be healthy and good for them.

So why does the average American eat 33 pounds of cheese a year?

To begin with, it’s addictive, according to New York Times best-selling author Dr. Neal Barnard who reveals this and more shocking information about cheese in his newly-released book, The Cheese Trap: How Breaking a Surprising Addiction Will Help You Lose Weight, Gain Energy, and Get Healthy.

An accomplished clinical researcher, nutrition expert and vegan, Barnard, who referred to cheese as “Dairy Crack” in his 2013 bestseller, Power Foods for the Brain, asserts that cheese “contains mild opiates called casomorphins that attach to the same brain receptors as heroin or morphine.”

Acknowledging that some people may view this as controversial, Barnard claims this is only part of the reason people become addicted to cheese; likening it to how people experience the highs and lows of being addicted to coffee and how they fervently believe and feel that they need it.

Barnard also points to the “salty-fat combination” inherent in cheese as another one of its dependency-causing characteristics.

“Cheese consumption has been going up and up, as have our waistlines and our health problems,” opined Barnard. “You love cheese. But I’m sorry to tell you, it does not love you back.”

Cheese-free since 1984, Barnard also explains that “the gooey yellow monster,” another Barnard-ism, is chock-full of saturated or “bad” fat and far worse than sugar. He contends that it is responsible for the population’s ever-expanding waistlines, as well as contributes it to enabling a long list of health problems including high blood pressure and prostate cancer. Barnard indicated that asthma, migraines, rheumatoid arthritis and acne are among other issues that may also be affected by one’s cheese intake.

“There is no question that saturated fat increases blood cholesterol levels and no question that high cholesterol levels contribute to heart attacks,” explained Barnard who also serves as president of the Physicians Committee for Responsible Medicine, a Washington, D. C. based non-profit that promotes the benefits of a vegan plant-based diet, preventative medicine, alternatives to animal research and ‘a higher standard of ethics and effectiveness in research.’

“People have blamed sugar for weight problems and other ills, when the real issues are elsewhere,” continued Barnard who revealed that sugar consumption in the United States has been decreasing for more than two decades; while obesity and diabetes have continued to rise. “This parallels the rise in cheese consumption. Sugar has been used as a whipping boy, ignoring the contribution of other foods to serious health problems.”

According to a The Wall Street Journal report, as of March 31, 2016, 1.19 billion pounds of cheese had accumulated in commercial cold-storage freezers throughout the nation, the largest stockpile ever.

In his book, Barnard also points to studies that support his position; including one, published in the Journal of the National Cancer Institute, that was conducted with 1,893 women diagnosed with early-stage invasive breast cancer. Over the course of a 12-year period, the study found that the women who consumed an average of half to one serving of high-fat dairy products, including cheese, on a daily basis were 20% more likely to die of breast cancer compared to those who included little or no high-fat dairy products in their diets. Further, the study concluded that women who ate a minimum of one daily serving of fatty dairy products had a 49% higher risk of dying from breast cancer.

Barnard also questions the effect that cheese has on men’s fertility; sharing that researchers at a fertility clinic discovered that the men consuming between one and two and a half servings of cheese a day had significantly lower sperm counts than those who abstained.

Amongst all of the facts and figures, The Cheese Trap also offers readers the opportunity to create healthier versions of food by following 70 recipes developed by vegan cookbook author, and plantpoweredkitchen.com founder, Dreena Burton. The book also lists alternative cheese replacements that use nut butters, non-dairy plant milks, coconuts and soy.

Finally, Barnard warns that while a person can occasionally consume small quantities of cheese, “it is similar to the once-a-month drink for the person who is an alcoholic. Tomorrow, your brain is going to say, ‘You know that cheese I had yesterday? I want it again today.’”

Save The Last Animals At The Mosul Zoo

Tragic images show what is happening to the Mosul Zoo after animals were left to starve. Since the video and pictures have been released,...
Read more
Load more