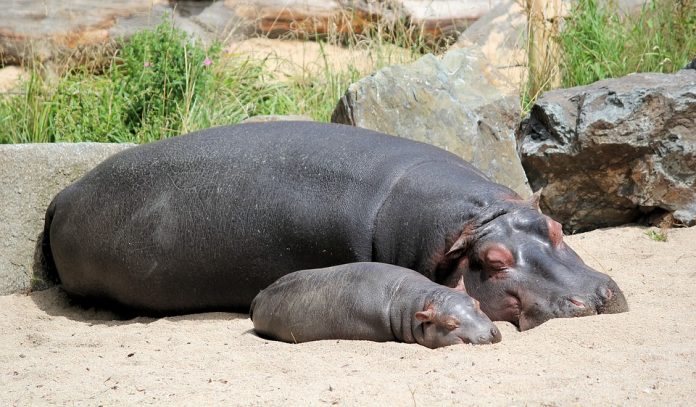 Urgent! Signatures Needed To Ask Lawmakers In The UK To Close Loophole In The Ivory Act That Allows Trade of Hippo Ivory

The trade in ivory has been happening for hundreds of years. Sadly, it is responsible for the near extinction of many species, including elephants. Due to the recent push to protect the last remaining elephants, many countries have made the trade of their tusks illegal.

One of the world’s toughest bans on ivory sales has become law in the UK. The Ivory Act, which was championed by Michael Gove, the British Environment Secretary. The law will be going into effect later this year. But there is a loophole in The Ivory Act that still allows for the trade of hippo ivory.

It’s positive news that more and more countries are fighting against poaching of elephants, but the demand for ivory products is still high. This means that if the trade of elephant ivory is not permitted, the focus will be re-directed to other animals, including hippos.

It’s projected that the ban of elephant ivory will just up the trade of hippo ivory in the UK, and while elephants are dwindling with only an estimated 400,000 left, hippos are even closer to extinction with only 130,000 remaining in the wild.

Due to hippo ivory resembling elephant ivory, it is being imported into the UK in the form of ornaments and instruments, forms of ivory that are still legal to trade.

This kind of loophole should not exist. If lawmakers are serious about cracking down on the heinous poaching crisis that is destroying our wildlife, they need to include hippos in The Ivory Act.

Breaking! The NSPCA Files Animal Abuse Charges After Global Outrage Of Live Export Of 60,000 Sheep From South Africa To The Middle East

The National Council of SPCAs (NSPCA) confirmed yesterday that criminal charges have been filed against several groups, including the Department of Agriculture, that were...
Read more
News

The Humane Society of the United States released the results of three disturbing undercover investigations at wildlife killing contests in Virginia, including one last...
Read more
News