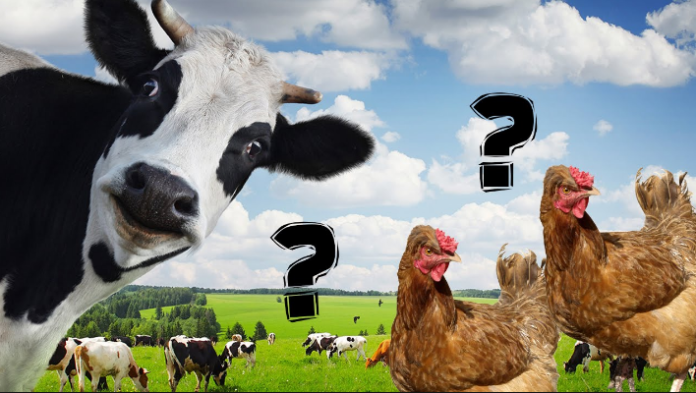 The Vegan Shift: What Are The Proven Benefits Going Vegan Can Add To Your Life?

We’ve all heard the Buzz about going Vegan over the past few years…. But what does it REALLY mean for us and for the planet – and more importantly what are the proven benefits that going Vegan can bring?

One thing is for sure… there doesn’t seem to be many downsides to adopting the Vegan mentality, compassion, way of life and awareness that is causing this shift.

The way I see it, Veganism is a lifestyle choice, a philosophy and a process.

I stopped eating red meat at the age of 10 after seeing my father carve a large joint of beef on the table, being disgusted and connecting the dots to the friendly, affectionate cow I saw at the farm the weekend before. The penny dropped for me then that I didn’t just love my pets –  I loved ALL animals.

From that day onwards, I never ate red meat again and I started the transition from something called “Demi-Veggie” to pescetarian, Vegetarian to Vegan 3 years ago, and have never felt healthier or happier.

Aside from the Humane, compassionate and environmental reasons to go Vegan – there are many other Major benefits of Making the Vegan Shift.

Going Vegan has been shown in numerous different studies to prevent many diseases such as;  Cancer (see next paragraph) Heart Disease, Type 2 Diabetes, Osteoporosis,  rheumatoid arthritis and  Strokes –  as well as significantly reducing cholesterol and Lowering  Blood Pressure.

A major study showed men with early stages of prostate cancer who made the switch to a Vegan diet stopped the progression of the cancer or reversed the illness.

Colon cancer and Breast cancer patients have also been shown to have a significantly lower rate in countries where less animal products are consumed.

This is a major factor in why many people also make the shift. Aside from Meat and Dairy being hard for our bodies to digest and break down – therefore slowing down our metabolism – Vegan meals tend to be high in fiber and fiber-rich, plant-based foods make you feel fuller and more satisfied for longer. By cutting out cheese and other dairy products from your diet, you’re also cutting out unnecessary and unhealthy fats.

Eating Vegan eliminates most unhealthy foods which tend to cause weight issues and replaces them with lots of fresh vegetables, high fiber foods and whole grains, all of which have a low glycemic index which contribute to weight loss.

This is a big one. As most of us know – The production of meat and other animal products is a very heavy burden for our environment to bear.

Crops, water to feed animals, transport from Farm to Fork and Grain feed is a Major contributor to deforestation, habitat loss and species extinction. In Brazil Alone, the equivalent of 5.6 million acres of land is used to grow soy beans for Farm animals in Europe. This land contributes to developing world malnutrition by driving impoverished populations to grow cash crops for animal feed rather than food for themselves.

Eating a Vegan diet drastically sustains these resources and therefore massively reduces the toll on our environment.

Most of us know the suffering caused to Factory Farmed Animals in conditions in Factory farming these days is unimaginable… you only have one of the exposed videos on YouTube. But the suffering in the Dairy and Egg industry (which I will be highlighting in upcoming articles) is a LOT less publicized.

The life of a Dairy cow is an unhealthy and miserable one. Being constantly pregnant, injected by hormones, pumped full of anti-biotics and milked by a machine, then losing her calf immediately after birth to go to the Slaughterhouse which is where she will end up not too long after. Similarly, the life of Battery Hen is the same. Even ethical/ free range eggs involve the live crushing of male chicks in machines and leave the Hen in a terrible condition, with many different health issues internally and externally from constant and unnatural egg-laying.

Eating a plant-based diet means You are taking in more vitamins, more antioxidants, more water and minerals, so it’s not just your health that benefits – it’s your skin and hair also.

All the omega-3 and vitamins A and B from plant based proteins such as leafy green vegetables, whole grains and nuts results in healthier nails and fuller, more healthy-looking hair. It’s no secret that Vegans look AND feel younger too – since the vegan diet tends to promote natural collagen production – which is important as we lose collagen as we age, which makes our skin sag, thinner and causes wrinkles.

When it comes to Energy levels, eating digestive system-friendly foods makes a lot of difference. Animal-derived foods are difficult for our bodies to digest and when our digestive system is overworked –  we feel lethargic and low on energy.

Going vegan and eating more plant-based foods will dramatically increase your energy levels which will leave you more productive during the day and with more energy for more activities. You will also notice your sleep will improve when eating a vegan diet.  Eating nuts, fruits and vegetables, especially Walnuts, pistachios, pineapple, oranges and cherries are known to help the body produce natural melatonin. Also, plant-based foods are often high in vitamin B6, magnesium and potassium, which aid in the production of serotonin and help relax the body and mind.

Still not sold? Try it out for a month and see the difference. All I can say is Making the Vegan Shift has definitely been a journey, but for me –  it is one that has been worth it.

Some people believe that captive elephants have much better lives than those in the wild. While it is true that they are not poached, or...
Read more
Industry News

The Coalition to End Wildlife Trafficking Online, which is made up of a group of tech companies and wildlife organizations, has removed and blocked over...
Read more
Load more