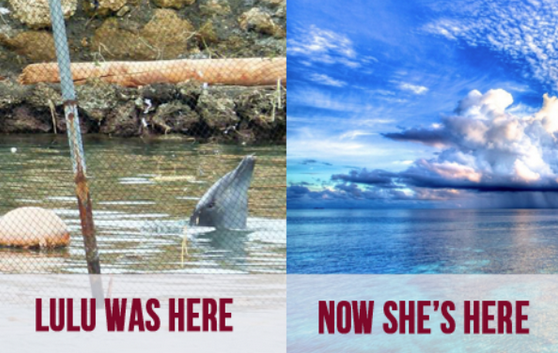 Lulu, once a lonely little dolphin trapped in a sea-cage at a cafe made out of chicken wire in the Solomon Islands, has been set free.

Sarah Lucas, the CEO of Australia for Dolphins (AFD), recently spoke with a government official there who confirmed that she has indeed been released. 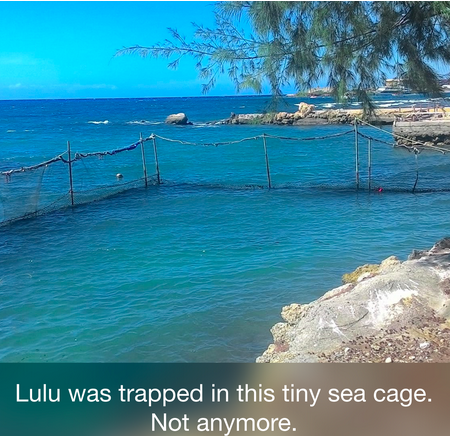 Lucas had shared Lulu’s story a few weeks ago, and received an incredible response. Supporters from across the globe supported the fund to help Lulu, and also contacted the Solomon Islands’ tourism board, urging them to set her free.

Thanks to the public’s contributions, Lucas was able to put serious pressure on numerous ministers and decision makers across the Solomon Islands. Now, she has received written and verbal confirmation that Lulu has been released, along with photo evidence of her empty cage. Australia for Dolphins is waiting for an on the ground investigator to authenticate details, and will then provide updates.

Local authorities have declined AFD’s offer to fully fund and oversee Lulu’s rehab and release, but the organization is hopeful that she will adjust to living in the wild.

Lulu, who was only taken into captivity two years ago, was kept in salt water, which is beneficial with regards to her release. Reports have also surfaced that her family is still in the area, which makes Lulu an excellent candidate for release.

AFD will continue pressuring the government to help other animals left behind at Lulu’s cafe, and to make sure no more dolphins are captured from the wild.

WAN was alerted to an urgent animal rescue situation in the wake of the massive eruption of the Taal Volcano in the Philippines. In an...
Read more
News

Ongoing Investigation As SeaWorld Is Subpoenaed Regarding Documenatary Blackfish; Their Stocks Continue To Drop

newsweek.com On Friday it was revealed that SeaWorld Entertainment Inc. had received a subpoena in connection with a U.S. Department of Justice and the Securities...
Read more
Industry News

The Animal Welfare Institute (AWI) is relieved to hear that no fin whales will be killed by Icelandic whalers this summer. In an interview...
Read more
Load more