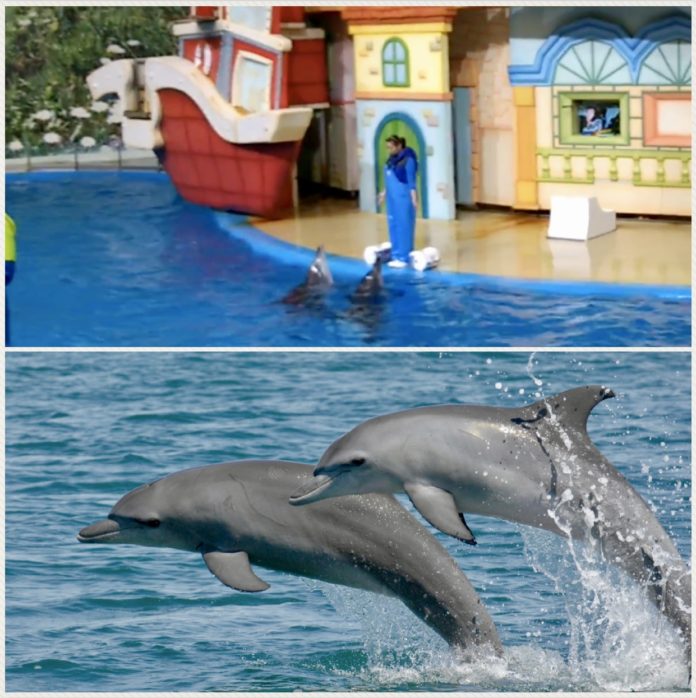 VICTORY! TWO MORE DOLPHINS IN SOUTH KOREA ARE BEING FREED!

After 20 years of captivity, two dolphins being held at Seoul Grand Park in Seoul, South Korea will soon be released into their original home range.

The male Indo-Pacific bottlenose dolphins, named Geumdeung and Daepo, will be returned to the seas around Jeju Island by July 2017. The official announcement was made on April 21st by the Ministry of Maritime Affairs and Fisheries, the Seoul Metropolitan Government, and Korea Marine Environment Management Corporation.

Thanks to the efforts of Seoul’s Mayor, Park Won-soon, these dolphins will soon be swimming wild and free. In a previous meeting in his chambers, he told me “The Cove” movie greatly influenced his decision to set captive dolphins free.” ~ Ric O’Barry, Founder/Director of Dolphin Project.

These aren’t the first dolphins to be released in South Korea. In 2013, the Korean Supreme Court ruled to release five captive dolphins caught and sold illegally to aquariums. Ric was in South Korea in May of that year, helping the Korean Animal Welfare Association, along with other NGO’s with the rehabilitation for three of the five dolphins: Sampal, Jedol and Chunsam. Using Dolphin Project’s Protocol for Releasing Captive Dolphins, they were freed two months later. One year later, in April 2014, the dolphins were spotted swimming around Jeju Island, identified by the freeze branding on their dorsal fins.

Showing Animals Respect and Kindness (SHARK) and In Defense of Animals (IDA) announced the launch of a new campaign to expose those who participate...
Read more
News

WWF For thousands of years, this magnificent snow leopard has ruled the mountains of Central Asia. Snow leopards play a key role as both a...
Read more
News