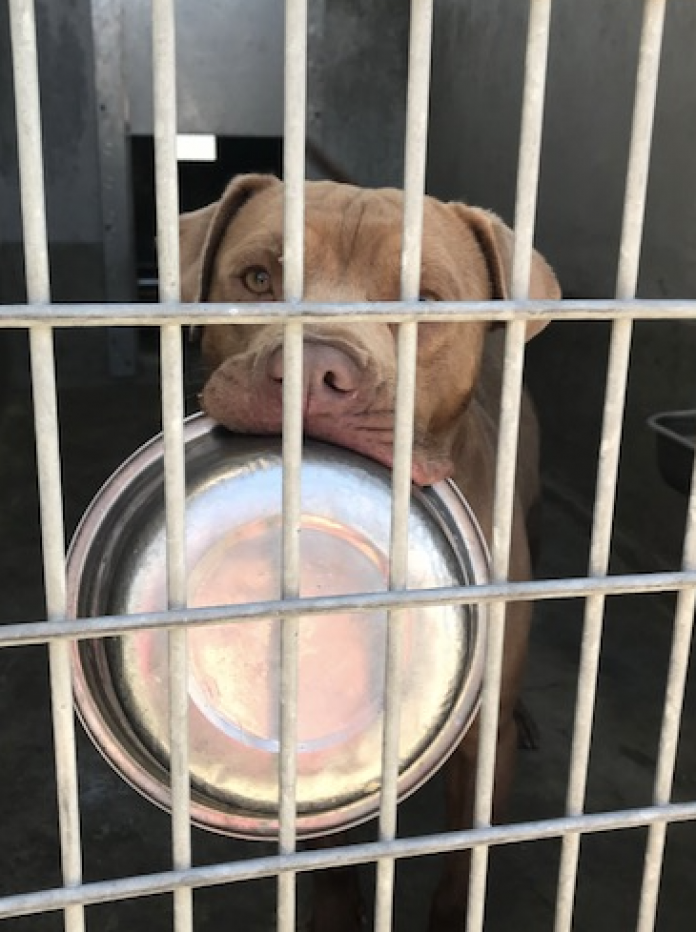 An adoptable dog adorably holds his dish after finishing his holiday meal. He is an American Staffordshire Terrier and is currently available for adoption at the South L.A. Animal Shelter – Animal ID A1729398

For the third year in a row, Marc Ching’s Animal Hope and Wellness Foundation (AHWF) and The Petstaurant are teaming up to feed a holiday feast to the hundreds of dogs and cats currently in the six Los Angeles County shelters. 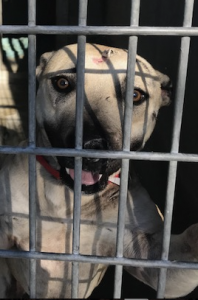 This year, they are donating 5000 pounds of organic food, blankets, toys, treats, and other necessities. 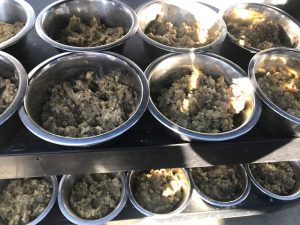 WAN had the opportunity to join AHWF and The Petstaurant founder Marc Ching, AHWF Executive Director Valarie Ianniello, and a host of kind-hearted, animal-loving volunteers on Wednesday as they fed the more than 400 dogs and cats that are presently housed at the South L.A. Animal Shelter. 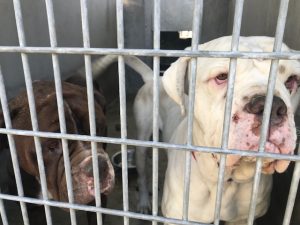 “Every year around Christmas time we come to the shelters and feed all the dogs and cats,” said Ching. “We plan on continuing to feed shelter animals during the holiday season for as long as they will let us.”

While there was a wonderful feeling of doing something special for the animals, it was bittersweet. Between the smiles and laughter, there were somber moments of realization that most of these innocent, sweet animals may never find their forever homes and families that they deserve. 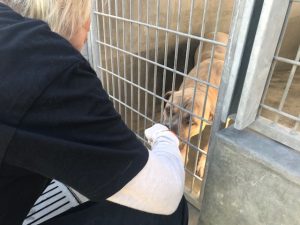 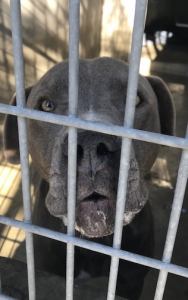 “Get out and adopt! There are so many beautiful loving dogs here including purebreds,” Ianniello said feeling a bit disheartened by what the future holds for most of the animals they were feeding. “Adopt. There is absolutely no reason to shop.” 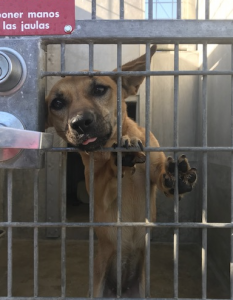 This year AHWF “is doing something a little different from last,” pulling dogs from each shelter and using its network to find them homes.

Ching also shared with WAN that while looking at medical cruelty cases while at the shelter yesterday, he discovered that there was a dog which was hit by a car and was suffering from four broken legs. Ching said that AHWF might pull the dog from the shelter.

Last year during one of the feedings, Ching noticed an emergency situation where a severely injured dog was rushed to the shelter in desperate need of medical attention. Ching made arrangements on the spot to help the dog through AHWF.

In addition to their dedication to animals, many of the volunteers feel equally strong about supporting Ching and the awe-inspiring work that AHWF does on a daily basis; not only here but in China where the organization is working diligently to end the horrific dog and cat meat trade.

Miriam Williams, a volunteer and longtime client of Ching who had been treating her dog for a skin condition, not only participated in yesterday’s feedings for the second year in a row, she brought along a friend, Lauren Kaiserman, to help as well. 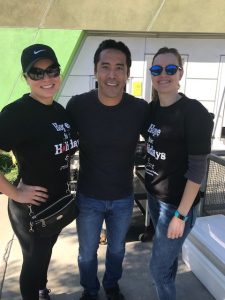 Kaiserman who described herself as a “cat person” helped feed the felines before falling for many adoptable dogs. With the encouragement of Williams, she most likely will adopt a new family member from one of the shelters.

AHWF and The Petstaurant began feeding the dogs and cats in the LA Animal Services Shelter system on Tuesday at the East Valley location.

Today the team is at the North Central Animal Shelter. They will be feeding the shelter animals through Sunday; visiting West L.A. on Friday, West Valley on Saturday, and the Harbor shelter in San Pedro on Sunday.

The group is also changing the bedding of the animals and supplying them with blankets for the cold weather. 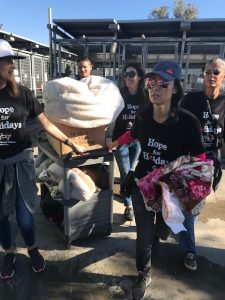 There is a desperate need for more blankets!

People who would like to donate, can deliver blankets and treats to AHWF which is located at 14456 Ventura Blvd in Sherman Oaks, CA, 91423.

Icons from music, film, and television are coming together on September 14th to celebrate the 20th anniversary of Mercy For Animals, a leading global nonprofit...
Read more
Industry News

Peace 4 Animals Anti-Deforestation Bill Is Among 4 Animal Welfare Bills That Advanced Yesterday In The CA Assembly!

Breaking News! More Than 200 Pangolins Seized During Raid In Indonesia; Arrests Made

sfgate.com Authorities in Indonesia confirmed today that they had arrested two suspected wildlife smugglers after finding more than 200 pangolins in a port warehouse in...
Read more
Load more