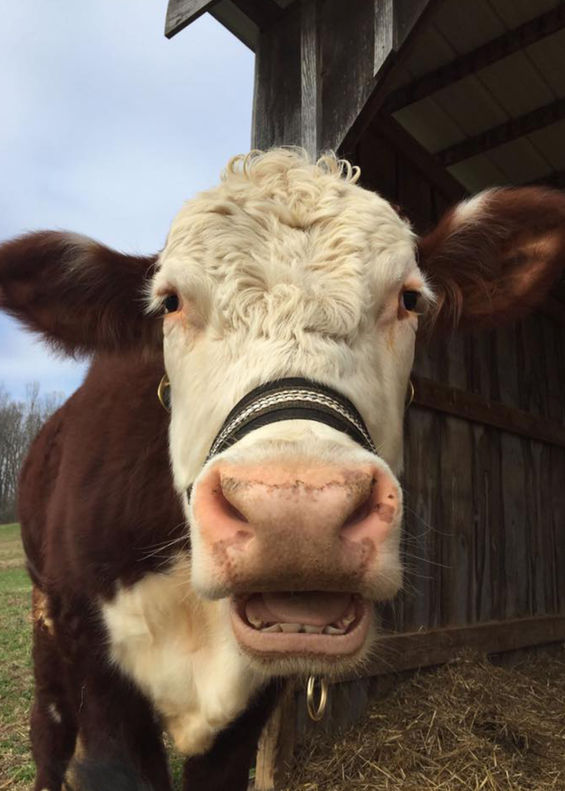 Every day throughout the world, compassionate people are making the world a better place by rescuing and rehabilitating abused, exploited and at risk animals: giving them a much-deserved second chance at a life lived with love, appreciation and respect.

Sadly, though, according to animaltourism.com, farm animals, who are killed more than any other species on the planet, are overlooked; even though more than 9 billion chickens, pigs, cows, turkeys, sheep, goats, ducks and geese are ruthlessly raised in factory farms under horrendous conditions every year only to be killed for human consumption in the United States. 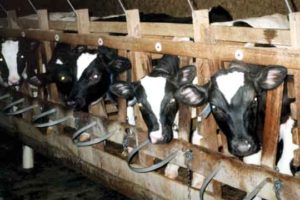 Fortunately, the number of people becoming aware of the plight of these animals is increasing which, in turn, leads to the amount of animal products they use, decreasing.

So today, April 10, 2017, on National Farm Animals Day, WAN wanted to take the opportunity to shine a light on some of the numerous sanctuaries throughout the country that are committed to saving many of these beautiful farm animals; while also promoting a healthier, more harmonious society where animals and humans can co-exist in peace.

There are a variety of ways you can support sanctuaries such as these, like experiencing them first-hand. Many offer tours, educational events, overnight accommodations and, naturally, the opportunity for people to adopt or sponsor a farm animal of their own.

We have come a long way since National Farm Animals Day was first recognized in 2005, but we have so much further to go…

Founded in 1986 to confront, and help put an end to, the rampant abuses of factory farming, Farm Sanctuary (www.farmsanctuary.org) is among the country’s most prominent and  effective farm animal rescue and protection organizations; and perhaps the most well-known.

With refuges in NY and Southern and Northern California, Farm Sanctuary has been, and continues to be, responsible for saving thousands of farm animals lives.

“At Farm Sanctuary, these animals are our friends, not our food,” its website states.

In addition to rescuing and caring for farm animals, Farm Sanctuary is a leader in educating millions about their plight as well as the negative effects that factory farming has on people’s health and environment. 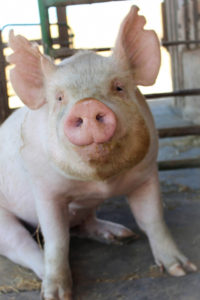 Also, located in New York, Safe Haven Farm Sanctuary (www.safehavenfarmsanctuary.org) sits on a 40-acre serene ecosystem in Poughquag, about an hour outside of the city. Focused on rescuing abused and neglected farmed animals, the sanctuary works diligently to “raise awareness about the plight of animals raised for food, the benefits of a vegan diet for the animals, human health, and the environment.” 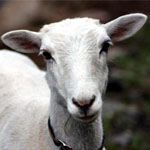 New York is also home to Woodstock Farm Sanctuary (woodstocksanctuary.org) which works to rescue and care for farmed animals for the rest of their lives, advance veganism, and advocate for animal rights.

“We welcome visitors to come and meet animals who are most commonly exploited, abused, and killed in animal agriculture,” notes its website which explains that the sanctuary treats its animal residents as individuals. “By giving farmed animals the chance to live their lives with dignity and by sharing their stories, we advocate for veganism and aim to reduce suffering for all.” 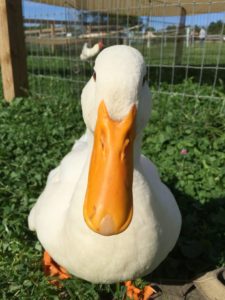 One of the largest and oldest animal sanctuaries in the country, Animal Place (www.animalplace.org) was founded in 1989 to fill a much-needed “niche of farm animal rescue, sanctuary, education and adoption.”

Because of the billions of land animals that fall victim to factory farming every year in the United States, Animal Place promotes promote a vegan, cruelty-free lifestyle for everyone. 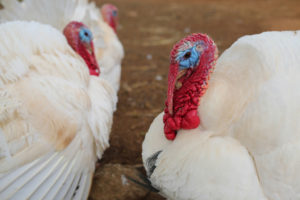 Per its website, more than 4,000 animals have been rescued by the sanctuary since 2001 and an average of between 250 to 350 residents call it home at any given time.

“We believe that looking an animal in the eye and seeing someone — not something — looking back is one of the most profound shifts human beings can make in their understanding of the world and their place in it.” 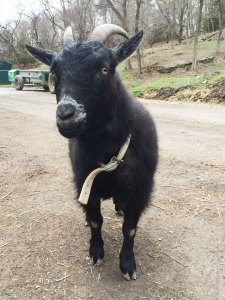 Located in Manchester, Michigan, SASHA Farm (www.sashafarm.org) is the largest farm animal sanctuary in the Midwest, which, in addition to providing board and care, supplies its animal residents with “affection, social interaction with others of their own species, and a sense of security.”

Named after the owners first rescue dog, SASHA is also an acronym for the animal rescue operation, Sanctuary And Safe Haven for Animals.

What started on a half-acre piece of land in the San Fernando Valley of California in 2003, The Gentle Barn (www.gentlebarn.org) has transformed into a six-acre haven in the state’s Santa Clarita Valley.

“The Gentle Barn rescues animals from severe abuse and neglect who are too old, sick, lame, or scared to be adopted into homes. We are sanctuary to horses, donkeys, cows, pigs, sheep, goats, turkeys, chickens, llamas, peacocks, emus, cats and dogs,” states its website which further explains its unwavering commitment to people as well as animals. “Once rehabilitated, the animals help us give hope and inspiration to children with the same stories.”

The Gentle Barn, which opened a second location in Knoxville, Tennessee in 2015, strives to open Gentle Barns in every state “so that everyone in America can hug a cow, cuddle a turkey, give a pig a tummy rub, look into the eyes of these animals and know for certain that we are all the same, and deserving of the same rights, respects, and freedoms.” 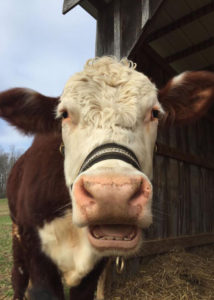 Another one of the country’s largest farm animal sanctuaries, Happy Trails Rescue (www.happytrailsfarm.org), is located in Ravenna in northeast Ohio.

The nearly 10-acre farm, which started 13 years ago with a rescued pot-bellied pig and has since saved more than 3000 animals, aims to rehabilitate each of its rescues and find them good homes. 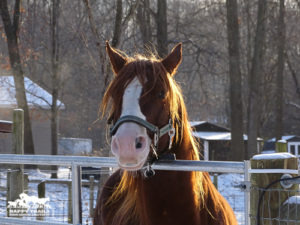 Skylands Animal Sanctuary & Rescue (http://skylandssanctuary.org) is dedicated to rescuing, rehabilitating, advocating on behalf of, and providing lifelong homes for animals while promoting a vegan way of living.

Skylands is situated on hundreds of acres of beautiful land in the countryside of New Jersey, where rescued cows, pigs, goats and many other farm animals can roam free in peace without human interference.

Skylands Animal Sanctuary was founded by Mike Stura and have been the first responders in many farm animal rescue cases on the East Coast, saving animals from the brink of death in horrible abuse and neglect cases, sometimes even moments before slaughter. Skylands Animal Sanctuary is at the forefront of farm animal rescue and will stop at nothing to save an animal in need and give them a loving forever home. 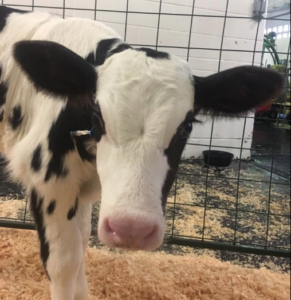 Animal Recovery Mission (ARM) (http://www.animalrecoverymission.org)  is an investigative animal welfare organization that was developed in 2010 by Richard Couto shortly after he was exposed to one of Miami’s darkest and most brutal animal cruelty operations. Upon this discovery of illegal animal slaughter farms and the black market horse meat trade, Couto, also known as ‘Kudo,’ invoked his vision of exposing and implementing solutions for extreme criminal acts towards animals into reality and created an unstoppable team who are dedicated to our organizations cause. 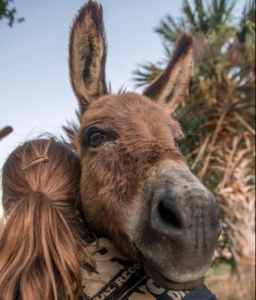 Have A Heart Ranch Animal Sanctuary

Have A Heart Ranch Animal Sanctuary (https://www.haveaheartranch.com) is located in Agoura Hills, California. The sanctuary is home to dozens of animals who were rescued from factory farms, slaughter houses, laboratories which used them for scientific research and/or cosmetics testing, high-kill shelters, illegal dog fighting operations and situations of owner abuse/neglect.  In addition to animal rescue, Have A Heart Ranch offers no-cost therapy programs to children with autism/special needs, adults with developmental disabilities, veterans living with PTSD, and people of all ages who are battling life-threatening illnesses such as cancer.

Have A Heart Ranch was founded by Lola DeVonne in 2012, and it has since become a safe haven for both humans and animals alike! 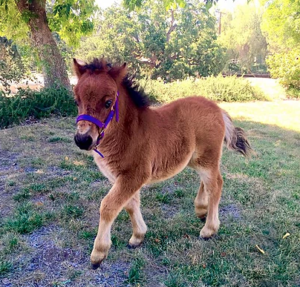 Reward Tops $20,000 For Information Leading To Conviction In Killing Of 2 Washington Wolves

OPB The Center For Biological Diversity and Cascadia Wildlands have increased a reward to $20,000 for information leading to the conviction in the killing of...
Read more
News