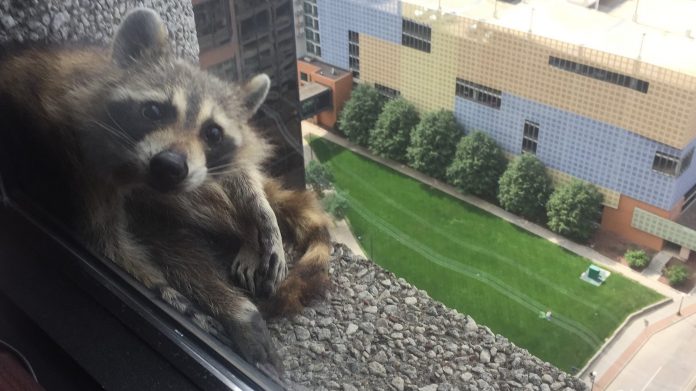 The masked marvel who captivated the country yesterday with her Spiderman-like ascent up a 25-story building in the heart of St. Paul, Minnesota, is now safe and sound according to the company that handled the fearless raccoon’s transfer to better-suited open spaces.

WAN talked exclusively with Christina Valdivia, the general manager of Wildlife Management Services, who is in line to take over the small family business that employs a highly-trained staff including wildlife biologists.

Valdivia assured WAN that the raccoon, dubbed #MPRraccoon, was released with permission onto a private residential property located an estimated 34 miles away from where she was humanely trapped earlier this morning. 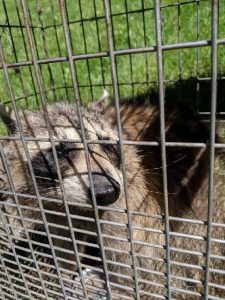 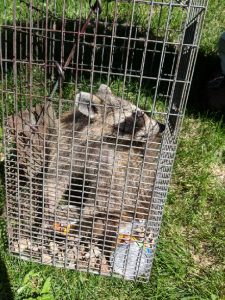 Exclusive photos at the site of release were supplied to WAN by Wildlife Management Services.

“She started on a loading dock and worked her way up,” Valdivia told WAN. “We consulted with the Wildlife Rehabilitation Center of Minnesota and once we told them that the raccoon appeared healthy and was eating and drinking, we all determined it was safe to release her.” 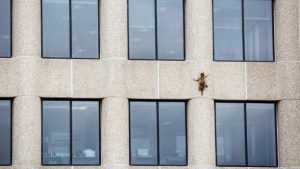 The traps containing soft cat food were placed strategically on top of the UBS Building after reporters from Minnesota Public Radio began documenting the rare occurrence from their studio located across the street.

While this was the first call of its kind (i.e. a raccoon scaling a high-rise building), Valdivia explained that humanely trapping and releasing these types of animals was at the core of the 29-year-old company’s business.

When Will This End? Mother, Father & 3 Baby Orcas Killed In Indonesia

Breaking! Jacob MacDonald Apprehended After Running Over More Than 10 Emus With His Vehicle In Australia

An Australia-wide hunt for the sub-human who used his vehicle to deliberately run over and kill an estimated 10 emus yesterday on a dirt...
Read more
News