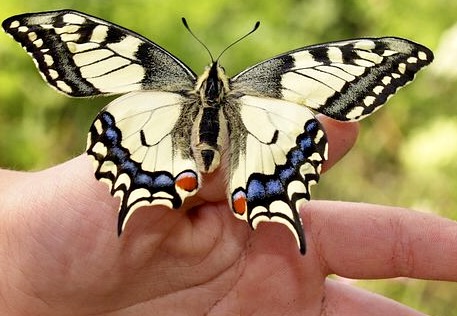 On our sweeping landscapes our wild animals are being hunted to extinction for meat, ivory or medicinal products. In our vast oceans, industrial fishing boats are clearing out entire populations of fish and marine animals to keep up with the ever increasing demand for food. The destruction of our natural habitats is the major contributing factor to the extinction of 1000’s of animal and plant species, and all this is unprecedented for one reason, and one reason only, it is all caused by humans.

The inevitable decline of these natural habitats has long been a topic of discussion for conservationists, researchers, biologists and climate change experts, but do we as individuals truly comprehend what the impact of losing a species can have on mankind and the equilibrium of such a perfectly and intricately balanced ecosystem?

We’ve all overheard the occasional discussion or watched the odd documentary that highlights the potentially devastating results that foreshadow the loss of a particularly pivotal species, whether plant or animal, the details of which are soon forgotten as we get on with our busy lives, but to stop and take a closer look into this issue is to realize the unmistakable and irreparable damage we are causing by being ignorant of the footprint we leave behind in our environment. Let’s take the seemingly insignificant bee for instance, an insect which most wouldn’t think twice about killing with a rolled up paper or stepping on. But these relentless workers are undeniably the world’s most critical pollinators. Now consider this for a moment, it has been estimated that bees pollinate roughly 250,000 plant species and roughly 72% of around 100 crop varieties that in turn feed up to 90% of the world’s population! Those are numbers which should force any human with a moral compass to do a double take.

Imagine for a moment the disruptive effect this could have on the herbivores dependent on those plants if bees were to be removed from the equation. That’s where it starts to get concerning, the domino effect is that we could potentially lose all those plants that the bees pollinate, and in turn all of the animals that rely on those plants for survival. That continues all the way down the food chain, impacting every living thing that hinges on that natural sequence of events.

Now consider the converse, where, due to hunting and the destruction of a species, the decline of these habitats has caused entire ecosystems to falter or deteriorate. The Grey Wolf in Yellowstone National Park is a prime candidate to showcase this point. Where previously the wolves would prey on elk, when the wolves were almost wiped out, the elk populations dramatically increased, thereby placing undue stress on the flora, in particular the young willows in the park. This directly affected the beavers who needed the very same young willows to survive through the winters. Now, with three times as many elk in the park as there were in the 60’s, willow stands are flourishing, why? Because the presence of the wolves keeps pressure on the elk to keep moving, thereby reducing their tendency to over graze any particular area, more specifically, the willows.

The grey wolves were killed off during the 1930’s where they were hunted prolifically, prior to their re-introduction into the park in 1995, the beaver population had dwindled to all but one colony according to wildlife biologists in charge of the Yellowstone Wolf Project, today, since 1995, nine colonies thrive within the park. As the beavers flourished, so they built new dams and ponds, this cascaded down to the willows flourishing and providing shaded water for fish, providing habitat for songbirds and a more stable soil along the river, thereby reducing erosion and in turn changing the entire topography of the rivers in certain areas of the park.

These are simply a few of the many resurgences of wildlife in Yellowstone National Park after reinstating a keystone species within its natural environment, and more importantly, it is indicative of the fine balance and interdependence of flora and fauna within any ecosystem.

There are hundreds of these contained ecosystems across our planet all dependent on these keystone species which are being threatened every day through the stresses and demands placed on our natural resources. As time goes on these demands will only intensify and invariably have disastrous effects on our natural heritage. So the question is, what can we as individuals do to limit the negative impact on our endangered species?

Start small, if you have a garden, make it wildlife friendly, buy a bird feeder, secure garbage, lock your pets away at night to deter animals from coming close, reduce the use of water in your home and garden, disinfect bird baths to avoid transmission of disease, every little effort helps.

Attracting native insects like bees and butterflies can help pollinate your plants. Invasive species compete with native species for resources and habitat, sometimes forcing native species to extinction. Avoid using herbicides and pesticides in your gardens, sure the yard may look nice but these pollutants have disastrous effects and take a long time to degrade, and eventually build up in the soil or throughout the food chain. Even predators such as hawks, owls and coyotes can be harmed if they eat poisoned animals. Never purchase products made from threatened or endangered species, recycle, buy sustainable products and protect wildlife habitats.

To love our planet earth is to make an effort and do our part. To simply love the earth is not enough, especially if we allow this damage, sometimes inadvertently caused by our own actions. Choose today to make a difference.

As reported by WAN earlier this year, six critically endangered black rhinos were translocated to a national park in Chad from South Africa, to reintroduce the...
Read more
News

Baloo The Bear Killed By Zookeepers After Escape Attempt

On July 21st, zookeepers at the Bojnice Zoo in Slovakia shot and killed a brown bear named Baloo after he escaped his enclosure. Initially, the...
Read more
News