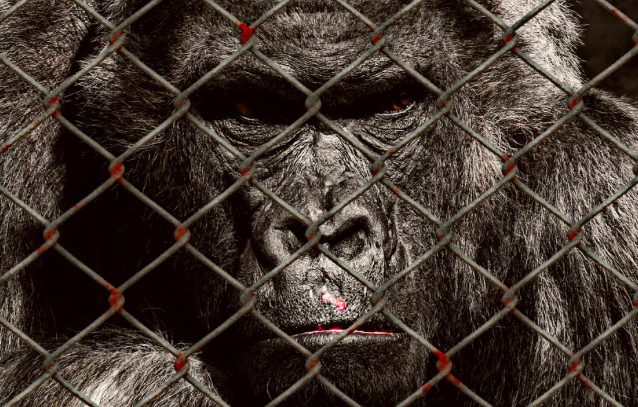 The zoo has always been a fascinating place for kids and adults alike, but all is not as it seems behind the curtain of these oftentimes, underfunded, understaffed and poorly managed institutions.

Year after year, millions flock all over the world to zoos in almost every country in the world, myself included, I went numerous times as a kid, but where’s the harm, you ask, right? What’s the problem with going to see animals in zoos? They’re being fed, they don’t have to worry about natural predators, they have it pretty cushy in some instances some would suspect.

The problems are numerous, most recently we have seen issues of animals escaping their enclosures and being killed, or of children falling into animal enclosures, forcing the zookeepers to euthanize the animal to protect the child. And yes, by all means, protect the child, but who’s protecting the animals? Who’s standing by to make sure that the animal’s interests are being best served, therein lies the rub, and the basis for this article, the interests of the animals?

To state it very simply, zoo animals are robbed of their right to exist naturally, period. Their lives and their basic need to hunt, graze, roam and develop social structures have been quite simply, and with the little forethought, taken from them and in doing so we have appointed ourselves as their judge jury and in many cases, executioner.

Wild animals are WILD. There have been numerous stories of animals wounding and killing their keepers, for good reason, and it bears repeating, they are WILD. Why do we feel the need to force every animal on this planet to submit to our every whim and then retaliate when they don’t, when will we learn?

In 2013 a zookeeper in Missouri was knocked to the ground by an elephant, he died instantly.

Steve Irwin, Australian Wildlife expert, television personality and conservationist was stabbed in the heart by a stingray and bled out shortly afterward.

Timothy Treadwell, a self-proclaimed bear expert who spent years filming, observing and approaching grizzly bears in Katmai National Park was mauled, torn apart and partially eaten, along with his girlfriend, by a grizzly bear while the camera recorded.

Allen Campbell, an elephant trainer in Jacksonville, FL, and Baton Rouge, LA, who would attend different zoos in an attempt to better educate the keepers and the public on these gentle giants, was killed when an elephant became aggressive, escaped its handlers and killed him in the process.

The Orca featured in the film “Blackfish” is responsible for three deaths while in captivity but there has never been a recorded human death in the wild.

Rosa Kind, a young zookeeper was killed at Hamerton Zoo Park in Cambridgeshire when a tiger got into an enclosure with her. She was quoted as to have said, “when I look into the eyes of an animal I do not see an animal. I see a living being. I see a friend. I feel a soul.”

While not to lessen the tragedy of her death, which is devastating, her words capture the very sentiment as to why these attacks happen at all. These animals are NOT our friends, nor do they have any desire to be. They hunt, graze, roam and defend themselves and we have stepped directly in their path.

The list of deaths is endless. Now, granted some of these cases involve animals in their natural habitat, but I list them for the same reason I include attacks from animals and their keepers, why do we even differentiate between a wild animal being approached in the wild or in an enclosure?

They’re still wild, nothing changes, yes when an attack happens in an enclosure our first action is to destroy the animal rather than possibly sedate the animal instead until the situation can be made safe for all concerned.

I am not trying to oversimplify these situations nor am I trying to claim I have all the answers, I am understanding that these circumstances happen fast and one needs to react, but simply put, if we have taken the responsibility as being the keepers of these animals, their interests should be primary, nothing less. While these animals may be majestic, wondrous and sometimes even cute, they can still be dangerous in captivity.

These zoos are also unnatural habitats, polar bears in South America, whales in swimming pool sized confines, cheetahs in enclosures the size of a small backyard, these are hardly natural environments for animals.

For poorly managed and underfunded zoos and sanctuaries, this can often spell death for the very animals it professes to protect and nurture.

At an “Animal Park” in the well-to-do suburbs of Washington, D.C., an unwanted wallaby was drowned to death when the owner no longer wanted it.

In Agate, CO, 11 animals including 3 lions, 3 tigers, and 5 bears were euthanized because their owners couldn’t get their application approved on a new property after their current property had flooded on several occasions.

Roughly 10% of these establishments meet the Association of Zoos and Aquarium (AZA) accreditation requirements, which means over 1800 of them DO NOT, how can that be?

So what’s the alternative? Well, before you go to any zoo or animal park, do a little research on the place you plan to visit beforehand. If the place looks run down or if the animals look poor, take pictures and take the time to make a complaint, not just to management, but you can also file a complaint with the USDA.

You can also go visit any number of national parks, go on safari, scuba dive, snorkel, hike, and bird watch if you feel so inclined. But ultimately, animals do not belong in cages, behind bars or concrete walls, it will never substitute for their wild habitat, and why should it?

It was agreed to place 18 additional shark and ray species on Appendix II of CITES this week. This means that international trade in...
Read more
News

ASOS To Ban The Sale Of Products Made With Mohair, Cashmere, Feathers & More But Why Is Leather OK? It’s Not!

Photo from Animal Trust Organization ASOS, a global online fashion platform which sells more than 850 labels as well as its own-brand clothing and accessories, has...
Read more
Load more