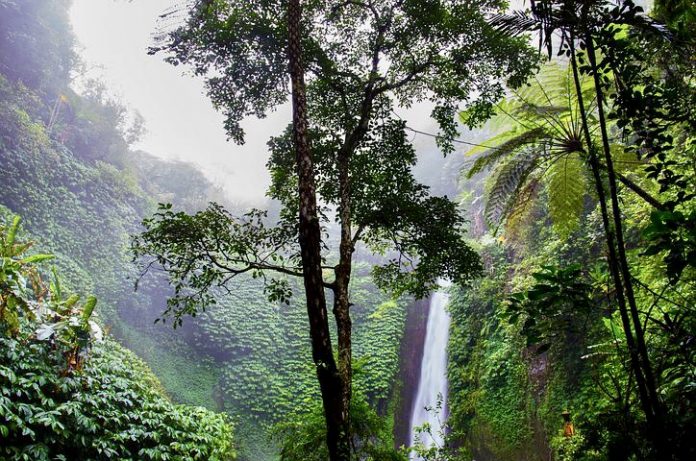 Earth, in all its splendor and grandeur is poised on the brink of a severe environmental crisis, if it hasn’t already reached the tipping point. Current environmental problems are undeniably making us more and more vulnerable to major disasters and tragedies, now and in our immediate future. We are in a state of planetary flux and exigency, with problems piling up high around us. Unless addressed immediately, and not simply through debate and imprudent conversation, we are surely doomed for disaster. The current environmental issues we are facing require immediate and urgent attention.

Over the next few weeks I will be delving into various issues which I feel need to be highlighted in the hope of bringing awareness to the voracity of these issues and what we as individuals can do to make a difference. I write every word in the hope that they will touch some emotional string within each and every person that reads them and move them to deliberate action. Even if it means once a week, something that I have done on many occasion is grab a black plastic garbage bag and visit my local beach or park, and collect garbage and waste. Sure, you may not look particularly cool doing it, but is that really what we should be concerning ourselves with?

Some of the major issues we are facing:

1. Pollution: Pollution of our air, water and soil, effectively requires hundreds of thousands of years to recover. Industry and motor vehicle exhaust are the number one pollutants. Heavy metals, nitrates and plastic are toxins responsible for pollution. While water pollution is caused by oil spills, acid rain and urban runoff; air pollution is caused by various gases and toxins released by industries, factories and combustion of fossil fuels; soil pollution is mainly caused by industrial waste that deprives soil from essential nutrients.

2. Climate Change: Is yet another environmental problem that has surfaced within the last few decades. Effectively due to the major rise in global warming which is a result of an increase in temperature of the atmosphere by the burning of fossil fuels and factory farming, releasing toxic and harmful gases from farm animals, mainly cows, as well as emissions from cars, planes, trains and factories into the atmosphere. Climate change has notoriously harmful effects but not limited to the melting of polar ice caps, change in seasons, occurrence of new diseases, frequent occurrence of floods, and change in overall weather conditions as is evident by excessive rains, delayed or early seasons, drought, and the separation of major ice bergs such as that of Chile and Antarctica.

3. Global Warming: Is the result of human practices such as that of emissions of Greenhouse gases from meat consumption, vehicles and other means of transportation that burn fossil fuels. Global warming leads to rising temperatures of the oceans and the earths surface, again causing melting of polar ice caps, rise in sea levels, and also unnatural patterns of precipitation, such as flash floods, excessive snow and desertification or barren waste lands.

4. Overpopulation: Already at an unsustainable level according to researchers and scientists, the population of the planet is facing major shortages of precious resources such as water, fuel and food. The population boom happening in under developed, as well as developing countries, has placed major strain on our already scarce resources. Intensive agricultural practices to produce and maximize food production are damaging the environment through the use of chemical fertilizer, herbicides and insecticides. It cannot be understated that overpopulation is one of the foremost and crucial current environmental issues we are facing due to the fact that unless we see a major slowing down or reduction, we will experience a population explosion from which we will never recover.

5. Natural Resource Depletion: Fossil fuel consumption results in emissions of Greenhouse gases, which is responsible for global warming and climate change. Globally, people are taking efforts to shift to renewable sources of energy like solar, wind, hydro, biogas and geothermal energy. The cost of installing the infrastructure and maintaining these sources has plummeted in recent years and becoming more affordable, while many believe that renewable energy will save our future.

6. Waste Disposal: Developed countries are notorious for producing an excessive amount of waste or garbage and dumping their waste in our oceans, while less developed countries have a similar problem, not only are they producing excessive amounts of waste and garbage, their inability to dispose of either in any sustainable manner is causing major health issues on top of the already concerning environmental ones. A dangerous player in the waste disposal game is nuclear waste, the disposal of which has tremendous health hazards associated with its components, even if deemed ’safe.’ Plastic, fast food wrapping, packaging, and the disposal of cheap electronic products are continuously threatening our capacity to live in a safe environment.

7. Ozone Layer Depletion: The ozone layer is an important layer of protection, invisible to the naked eye that surrounds our planet and effectively protects us from the sun’s harmful rays. Years of depletion of this critical layer of the atmosphere is attributed to pollution caused by Chlorine and Bromide found in Chloro-floro carbons (CFC’s). Over time, as these toxic gases have reached the upper atmosphere, they have caused the massive hole that we have heard about for years in the ozone layer, the biggest of which is above the Antarctic. The CFC’s are banned in many industries and consumer products. The ozone layer is valuable because it prevents harmful UV radiation from reaching the earth.

8. Loss of Biodiversity: Our current way of living is leading to the eradication of many species and habitats and a complete loss of bio-diversity. Ecosystems which took millions of years to develop and perfect, are in danger when any animal species or population is decimated. Maintaining a balance within the natural processes like pollination or the coral reefs which are critical to the protection and survival of the respective eco-systems and all the sub ecosystems that make up the perfect harmonious functioning of our planet, and it is the actions of humans that threatens this very balance.

9. Deforestation: Our forests, by their very nature, feed on carbon dioxide and in doing so produce fresh oxygen, while also helping to regulate temperature and rainfall. At present forests cover 30% of the land but every year tree cover is lost amounting to the country of Panama or half that of England due to growing population demand for more agricultural land, urban expansion and the many products derived from wood, such as paper.

10. Urban Sprawl: Urban sprawl refers to the migration of population from high density urban areas to low density rural areas which results in the expansion of these large, densely populated urban areas. Urban sprawl results in land degradation, increased traffic, environmental issues and health issues. The ever growing demand of land displaces the natural environment and the accompanying flora and fauna, and with little to no restoration programmers in place to the replacement of the now removed natural habitat.

11. Ocean Acidification: It is a direct result of excessive production of CO2. 25% of the CO2 produced is done so by humans. The ocean acidity has increased dramatically within the last 250 years and researchers estimate that by 2100, it may climb as much as 150%.

12. Water Pollution: Clean drinking water is becoming a rare commodity. Water is becoming an economic and political issue as human populations fight for the rights to this precious resource. One of the options suggested is using the process of desalinization or sea water into clean drinking water, but this has yet to become a globally commercialized industry. Industrial development and waste is filling our rivers, seas and oceans, with toxic pollutants which are a major threat to human, animal and oceanic health.

13. Acid Rain: Acid rain occurs due to the presence of certain pollutants in the atmosphere. Acid rain can be caused by the combustion of fossil fuels, erupting volcanoes, and even rotting vegetation which release sulfur dioxide and nitrogen oxides into the atmosphere. Acid rain is a known environmental problem that can have a serious effect on human health, wildlife and aquatic species.

14: Public Health Issues: The current environmental problems pose a lot of risk to the health of humans and animals alike. Dirty water is the biggest health risk of the world and poses a major threat to the quality of life for all concerned. Run-off to rivers carries with it toxins, chemicals and disease carrying organisms. Pollutants cause respiratory disease like Asthma and cardio-vascular problems, and high temperatures encourage the spread of infectious diseases.

15. Genetic Engineering: Genetic modification of food results in increased toxins and diseases as genes from an allergic plant can transfer to a target plant. Genetically modified crops can cause serious environmental problems as an engineered gene may prove toxic to wildlife. Another drawback is that increased use of toxins to make insect and disease resistant plants can cause organisms to become resistant to antibiotics, as well as seriously harm to those who consume these genetically modified products. This now seems more and more common place on the shelves of grocery stores, with little, unsatisfactory, or no Federal regulations in place.

The need for drastic change in the way we live our daily lives and the stance our governments and their appointed representatives are taking on the above mentioned issues is of the utmost importance and requires our urgent attention. Because so many different factors come into play; voting, government issues, funding and societal routines, many people don’t consider how what they are doing is going to affect other generations to come, they don’t see beyond themselves, such is the fault in living in a selfish society. If humans continue moving forward in this harmful manner towards the future, then there will be no future to consider. Although it’s true that we cannot physically do anything to stop some of the major crises listed above, there are still many things we can do to try and stop, or at the very least, curtail some of the damage that is being done in some instances. By raising awareness in our communities, between family and friends about these issues, or at least bringing their attention to various things they can be doing to help contribute to a more environmental conscious and friendly place for all of us to live, we can hope to see a world that can be enjoyed and admired for it’s vast beauty for future generations to come.

Vermont Packinghouse in North Springfield, Vermont has a troubling history of violating state and federal humane slaughter laws and has been fined numerous times. It...
Read more
Breaking News

Breaking! Plant-Based JUST Egg Added To The Menu Of More Than 500 Dicos Fast-Food Restaurants In China