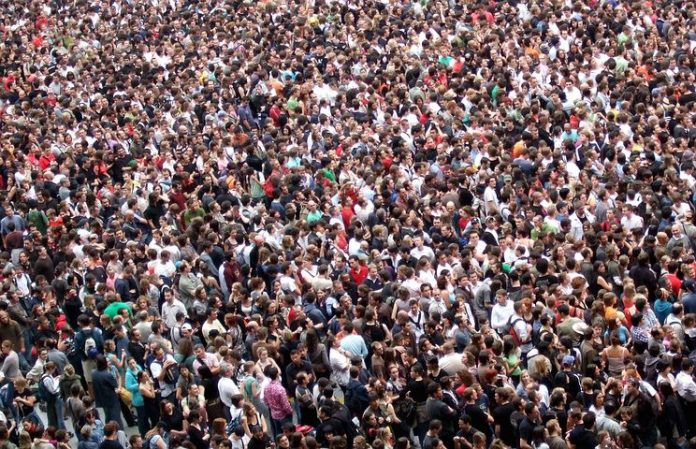 Overpopulation is a crisis that potentially stands alongside climate change as one of the biggest challenges facing humanity today, but one that is vastly undermined in its importance, for much of the issues humanity faces occurs as a direct result of overpopulation.

With 7 billion people on our planet, resources such as land, food, and water are only becoming scarcer rather than abundant. To sustainably feed an ever-increasing population, mankind has had to adapt itself, and not necessarily in a manner that serves the greater good.

Overpopulation occurs when the human population increases at a rate that is disproportionate to the rate at which the environment is able to provide for and sustain that rate of increase.

Many of our major industrialized cities are considered overpopulated, some dangerously so, such as that of India and China.

The number of people tends to be more than that of the available essential resources that are required to meet their needs causing an imbalance which contributes to a poor quality of life and a disastrous effect on the environment, as can be seen in all the articles within the “Environment in Crisis” Series.

Overpopulation is the source of all the most compelling environmental problems we face: the depletion of earth’s natural resources, global warming and climate change, intensive agricultural practices, an increase in unemployment, resource consumption, animal species extinction, lack of water and many others.

Every year, roughly 80 million people are added to the population. This, in addition to increased birth rates, poverty, poor contraceptive use, child labor, fertility treatment, medical breakthroughs reduction in the number of deaths, a decline in mortality rates and immigration, all play a significant part in overpopulation.

All of the above factors are pretty self-explanatory, but the two, which I believe deserve further scrutiny, are poverty and poor contraceptive education and implementation.

Poverty is believed to be the leading cause of overpopulation. Large population booms usually occur in third-world or impoverished areas where lack of financial resources and therefore insufficient education, particularly that of contraception, is prevalent in addition to higher death rates which spurs higher birth rates.

Most developing nations have large numbers of citizens who are uneducated and illiterate. Many who live below the poverty line, have little to no understanding of what contraception or family planning even is.

These same people are often forced to put their children to work at, what most western civilizations would consider being, an absurdly young age, just to meet their basic requirements of survival.

Seeing their children married at an early age also increase the chances of giving birth to more children. Having a higher mortality rate than their more industrialized counter-parts also encourages a higher birth rate amongst those living in poverty.

So, severe is this effect that according to announcements made by the UN (United Nations), they are estimating that the forty-eight poorest countries in the world are also likely to be the biggest contributors to population growth.

This is a prediction that is hardly surprising considering what we are seeing in the previously mentioned India and China where growth rates are skyrocketing.

Poor contraceptive is another issue, which is exacerbated in underdeveloped areas. A research study by the World Health Organization (WHO) revealed that contraceptive usage drops 43% compared to that of developed countries due to poverty and as a result, higher birth rates, compared to statistics from the United Kingdom, where an estimated 76% of women between the ages of 16 and 49 used at least one form of contraception.

Educating a population about issues such as family planning and contraception prove imperative when the absence of such education presents such an epic disruption in a countries ability to maintain some economic balance in growth and provision for its population. It is precisely this lack of sex education or rather, ineffective education that intensifies a countries overpopulation issues.

Better education helps people understand the ramifications of unprotected sex as it relates to childbirth, it also debunks the myths that often abound in underdeveloped countries regarding the sexual act, introducing rather scientific evidence and proven methods of birth control.

Simply educating both men and women about family planning and contraception can have a huge impact. When Iran introduced a ‘National Family Planning’ program in 1989, the fertility rate fell from 5.6 births per woman to 2.6 in a matter of 10 years. Rwanda experienced a 300% increase in contraception usage in a matter of 5 years.

There is no question that education works, but implementing educational programs that are creative, entertaining and informative should be the key.

To counteract the effect of overpopulation, there is much that can be done in addition to educating a population about sex and contraception, educating them effectively in creative and dynamic ways and promoting family planning and through empowering women.

Government incentives to promote responsible parenting should be encouraged and even subsidies offered for those parents choosing to maintain a single, possibly two children home.

Which leads me to my next point of one/two child legislation in underdeveloped areas.

During China’s highly controversial one-child policy, fertility fell from six births per woman in the 1960’s to 1.5 in 2014. However, this policy came with its fair share of problems, such as disrupted traditional support structures for the elderly and a gender imbalance. It also saw an increase in coerced or forced abortions and sterilizations, but there are amendments that could be made to this type of policy, which could prove effective without restricting on the freedom of the individual.

There are no perfect solutions, my intention here would be to encourage discussion towards finding rational and equitable solutions and making some form of change that allows us to return to a more sustainable growth pattern, and not one which negatively affects mankind and its environment. Please share any suggestions, we would love to hear your thoughts.

Previous articleClean-Up Continues Near New Orleans Following Yet Another Oil Spill; This Time In The Mississippi River!
Next articleWAN’s Exclusive On Save The Elephant Day With Model Shayne Davis & How One Person Can Make A Difference!

The Animal Legal Defense Fund, together with a coalition of public interest groups represented by Public Justice, filed a lawsuit in the U.S. District Court...
Read more
News

A woman is accused of throwing a cat off a third-floor balcony in an incident that was captured in a video posted on social...
Read more
Load more