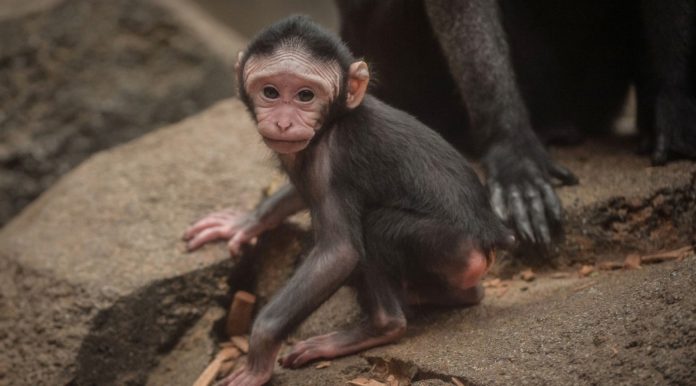 Baby Amidala is the latest addition to the rare Sulawesi Crested Macaque family in England. 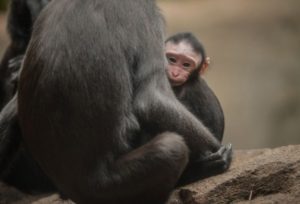 (Note, WAN does not support wild animals in captivity unless it is to save their species from extinction in the wild).

The Irish Examiner reported the news that Amidala, the fourth little monkey to be born to father Mamassa since his arrival in England in the late 2015, was born on January 14, 2017.

Counting Amidala, there are now 18 of the Sulawesi Crested Macaques living at the Chester Zoo, which has more than 15,000 animals of which are endangered, 500 different species on more than 125 acres; a positive result of the European Endangered Species Breeding Program designed to protect the monkeys.

Baby and mother, Lisa, are reportedly happy and healthy.

The species, also known as the Crested Black Macaque, is listed as critically endangered by the International Union for the Conservation of Nature (IUCN). Less than 5,000 of the rare monkeys are estimated to be remaining on their home island of Sulawesi in Indonesia.

Nearing extinction due to the illegal wildlife trade and massive habitat loss, the rare species is also sadly considered a delicacy in their homeland.

Help Us Spread The Word About These Important Species & End The Wildlife Trade! 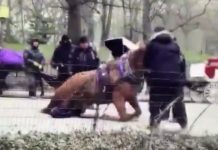 WAN - March 27, 2020
0
Peace 4 Animals & World Animal News would like to take this day to pray for the protection and healing of Mother Earth, All...
- Advertisement -