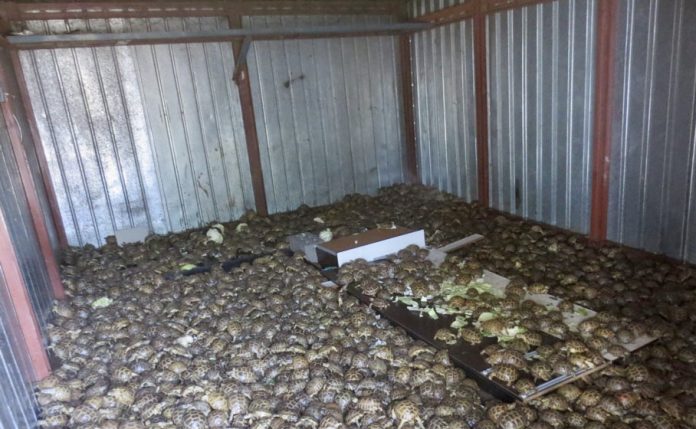 A joint worldwide customs and police operation has resulted in the seizure of large quantities of protected flora and fauna across every continent.

According to a statement, a team of customs and police officers together coordinated global enforcement activities from an Operations Coordination Center at INTERPOL’s Global Complex for Innovation in Singapore.

Intelligence and risk indicators compiled prior to the Operation assisted Customs administrations to perform improved case selection, and guided frontline Customs and Police officers, as well as wildlife authorities, to target specific high-risk routings, conveyances and commodities, with a specific focus on unlawful activities with a transnational dimension.

Initial results have led to the identification of almost 600 suspects, triggering arrests worldwide. Further arrests and prosecutions are foreseen as ongoing investigations progress.

1,828 seizures were made during the Operation, including:

The Operation saw seven packages of pangolin parts weighing 546 kg bound for Asia seized in Nigeria, and the arrests in Uruguay of three suspects smuggling more than 400 protected wildlife species.

The Operation highlighted the continuing trend in online trade, with 21 arrests in Spain and the seizure in Italy of 1,850 birds as a result of two online investigations.

“As clearly illustrated by the results of Operation Thunderball, close cooperation at international and national levels to combat wildlife crime must never be under-estimated,” said WCO Secretary General Kunio Mikuriya.

The WCO and INTERPOL have a long history of cooperation, regularly supporting each other’s operations in the field. Operation Thunderball marks a new direction in their partnership, bringing them together as joint operational partners on the frontline to ensure wildlife crime trafficking is addressed comprehensively from detection to arrest, investigation and prosecution.

“Such initiatives will be replicated to raise awareness within the global law enforcement community on the gravity of global wildlife crime and to better coordinate cross-agency efforts, including the engagement of civil society groups to detect and deter wildlife criminal networks,” added Dr. Mikuriya.

“This massive disruption of criminal networks is key to saving endangered wildlife across the globe. But seizures and arrests are only the first step, governments must now follow up with strong, meaningful prosecutions. In particular, the criminals running these networks must feel the full weight of the law, including deterrent penalties and jail sentences,” said Susan Lieberman, Wildlife Conservation Society VP of International Policy.

In defiance of a global moratorium on commercial whaling, Norway has again issued an annual kill quota of 1,278 minke whales for their barbaric...
Read more

WAN Talks With Director Of The Humane Society Of Louisiana About Horrific Case Of A Decapitated Cat Found “Displayed” On A Sidewalk In Upscale...

(Not the cat that was found with its head decapitated) Yesterday, WAN was fortunate to spend a few minutes on the phone with Jeff Dorson,...
Read more
News

Granny, The Oldest Known Living Orca, Is Spotted In The Pacific Northwest

The oldest known living orca in the world, Granny, 105, gave whale watchers off the coast of Washington quite a thrill when she made...
Read more
News

As reported by WAN in June, UK-based International Aid for the Protection & Welfare of Animals (IAPWA) had launched an Indiegogo crowdfunding campaign to...
Read more
Load more