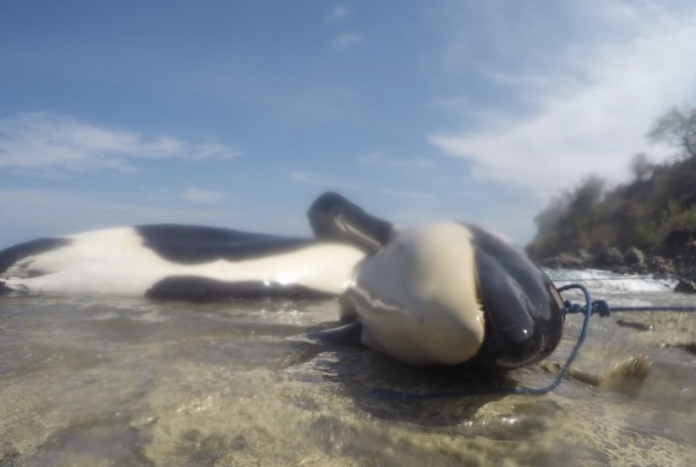 When Will This End? Mother, Father & 3 Baby Orcas Killed In Indonesia

Photos from The Dolphin Project

It is with heavy hearts that WAN reports on the devastating news that our friends at the Dolphin Project shared this morning concerning a family of Orcas who was slaughtered in Indonesia.

Tragically, a mother, father, and three baby orcas were among the victims that were targeted recently by fishermen from the village of Lamalera on the island of Lembata during an illegal hunt.

While commercial whaling was banned in 1986, fishermen in the remote village are permitted to kill two whales per year using traditional methods, in accordance with the International Whaling Commission’s exception for traditional subsistence whaling.

The fishermen, in this case, allegedly used outboard engines which are motorized to illegally kill the family of orcas. 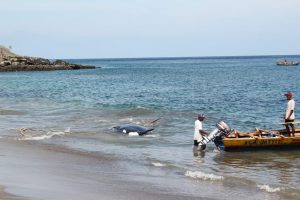 “Within their cultural practices, an innate understanding of fishing for subsistence regulated the number of animals captured, with taboos including prohibitions on hunting pregnant, mating or young whales,” explained Femke Den Haas, Director of Dolphin Project’s Indonesia campaign. “However, with a hunting season extending from May until the end of October, and motorized boats commonly used to catch dolphins and other toothed whales, sea turtles, sharks and manta rays, there may be a commercial aspect to their hunting.”

Lamalera has long resisted outside interference, even from governmental officials. However, recent visits by Dolphin Project’s team in Indonesia has generated a new dialogue, with conservation, education and ecotourism initiatives being suggested in order to assist the village with sustainable economic alternatives to dolphin and whale hunting.

Together with the local Lembata government, Dolphin Project is constructing a marine education center, and are the only non-government organization working there on marine conservation issues. Through education and awareness, Dolphin Project remains committed to supporting positive change in Lamalera. 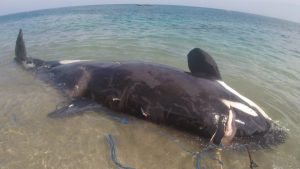 Meanwhile, in Taiji, greed has continued to take casualties, as Dolphin Project Cove Monitors documented the hunt of three species captured in two separate drives during a single day.

Of those species, numerous rough-toothed dolphins, a new addition to the annual quota, were condemned to a life of captivity, demonstrating once again that tradition is not the impetus driving the hunts.

And, just a few days ago, the first successful hunt of bottlenose dolphins took place, resulting in 17 mammals forcibly recruited into the entertainment business. Through Dolphin Project’s field campaigns, the organization will continue to document these hunts and share information with the rest of the world. Only through awareness and education can we enact positive change.

HOW YOU CAN HELP!

Donations can also be made to Dolphin Project HERE!

Breaking! Maine Becomes The Sixth State In The U.S. To Ban The Sale Of Cosmetics Tested On Animals

Last week, Maine Governor Janet Mills signed legislation prohibiting the sale of cosmetics that have been newly-tested on animals. The measure, LD 1551, which specifically states that a...
Read more
News

Estonia took an important step towards banning fur farms recently when a draft for the amendment of the Animal Protection and Nature Conservation Act...
Read more
Load more