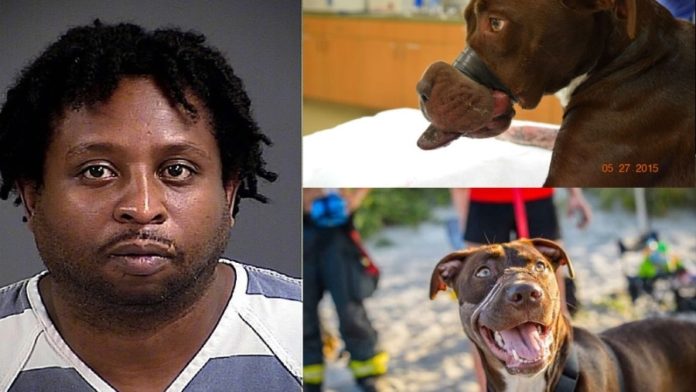 Following Friday’s news that the South Carolina man who made headlines last year for wrapping electrical tape around his Staffordshire bull terrier mix’s mouth to stop her from barking has been sentenced to five years in prison, comes reports this morning of a similar heart-wrenching case which has left another dog left fighting for its life.

West Palm Beach-based animal rescue group, Paws-2-Help, announced on its Facebook page last night that it is currently caring for a one-year-old Yorkie mix whose mouth was also tied shut. 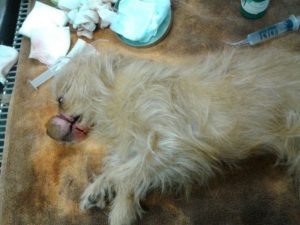 “She is fighting for her life, body wrecked with infection from the injuries she has endured when she had her mouth tied tight in an effort to stop her from barking. We are unsure of the last time she was able to eat.”

According to ABC News, William Dodson’s sentence on Friday represented the state’s maximum for animal cruelty.

Dodson had pleaded guilty last August to taping his dog, Caitlyn’s mouth, which in turn cut off the blood flow to her tongue. Caitlyn, who was found in critical condition after managing to run away, was then taken to veterinarians who spent approximately 36 hours unraveling the tape from her mouth. 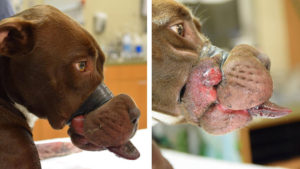 Having been sentenced to 15 years in federal prison on a gun charge, the day before Friday’s ruling, the 43-year-old animal abuser and convicted criminal reportedly accepted a plea deal calling for the two sentences running simultaneously.

At the hearing on Friday, Judge Markley Dennis reportedly told Dodson, in regards to the length of his imposed sentence, “I wish I could give you more.”

“We’re going to do everything we can within the law to stop this, and then we’re going to go beyond and change our laws and make them stronger,” Aldwin Roman, Charleston Animal Society’s director of anti-cruelty and outreach, explained to The Post and Courier of Charleston. 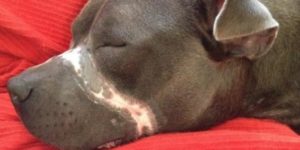 Sadly, but understandably, Caitlyn, who underwent multiple surgeries and lost part of her tongue as a result of Dobson’s despicable act, continues to suffer from anxiety and stress.

You Can STOP Animal Abuse By Reporting It!