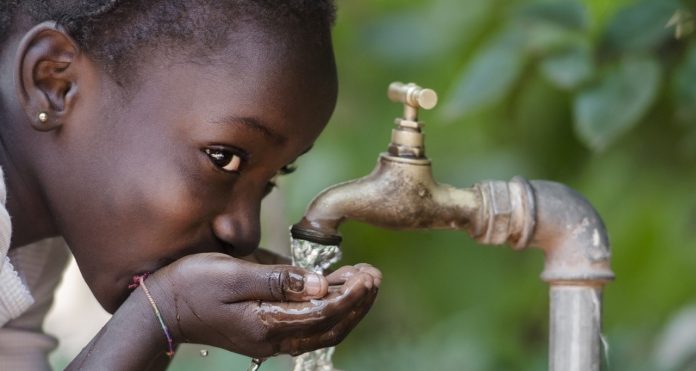 Today is World Water Day, which falls on March 22nd every year. This important day is about focusing our attention on the importance of water worldwide. The theme for World Water Day 2018 is ‘Nature for Water’ – exploring nature-based solutions to the water challenges we face in the 21st century.

Sustained economic development is impossible within an effectively closed system such as that of Planet Earth. No new natural resources can be added, and yet we seem intent on driving towards a fast approaching end whereby we will have completely exploited Earth of all its natural resources, a critical issue we seem to pay little attention.

What is natural resource depletion? It is the sum total of the combination of net forest, energy and mineral depletion often attributed to an ever-increasing population growth which in turn demands a greater need for resources, water, minerals (Gas, Copper, Zinc, Tin and Gold, Aluminum, Coal, Iron and Nickel; all of which are expected to decline significantly within the second quarter of this century), arable land and forests being cleared for expansion of urban areas. A vast increase in industrialization, particularly in the well-developed countries such as that of China and the USA has seen an overdependence on oil and coal, so much so that the latter of which will see us outstripping supply by 2023.

Our current way of life has selfishly involved us ripping everything from the earth that we can possibly utilize without giving a second thought to the point at which these resources will eventually expire, an end that is inevitable rather than merely possible.

Water, oil, natural gas, phosphorus, coal, precious elements, all of these are finite commodities that earth possesses that we have been pillaging for the last 200 years.

Almost 40 years ago, a thought-provoking study called ‘The Limits to Growth’ was published offering a harsh warning to the fact that humanity would start to exceed the carrying capacity of Earth if our current consumption rate went unabated.

Unfortunately, as can be expected, capitalism continued and 40 years later our ecological footprint is as much as 25 percent beyond what planet Earth can sustain.

Just remember that any living system can exceed its limits for short periods of time, but not indefinitely. Something, which seems to have gone amiss, especially when it comes to clean water.

Almost ten years ago, the United Nations Environment Program suggested that, if nothing changed, our way of living would eventually demand 140 billion tons of minerals, ores, fossil fuels and biomass every year by the year 2050.

This is three times our current rate of resource consumption, and far beyond what the Earth can supply.

We therefore need to find alternative solutions fairly rapidly that will prove sustainable for the years to come. Solutions such as low energy lifestyles and dematerialization. In the longer term, in addition to learning how to consume less, we are also likely to have to deal with resource depletion by exploring means beyond that of planet Earth.

A more instantly achievable way of starting to save our resources would be to encourage recycling programs in areas if one isn’t already present. Using reusable bags and containers that reduce the amount of plastic, as well as using products that are returnable, reusable or even refillable over single-use items. This would help in additional garbage disposal as well.

Unsubscribe to mail that isn’t wanted, which could save as much as 30 pounds of junk mail per year; a huge saving with regards to paper waste.

Buy products made of recyclable content, which you can use and reuse.

Another way you can help is to limit or eliminate your meat consumption, which can save hundreds of gallons of water every year, help save the rainforest and the lives of farm animals.

These are just a few options that may help to save our planet’s natural resources.

WAN Exclusive With The Sergeant Working On A Tragic Case Of Illegal Coyote Trapping In Massachusetts; $5,000 Reward Offered By Animal Legal Defense Fund

Photos from: Wildlife Care of Southern California Many threats are currently facing wildlife throughout the U.S. including the devastating wildfires currently burning in California, Oregon,...
Read more

Top conservation groups released an action plan today for the United States to dramatically crack down on the illegal wildlife trade, which is the most probable...
Read more
News

The beating and murder of a flamingo last Friday marks the latest on a tragically long list of recent cases of senseless and heartbreaking...
Read more
News