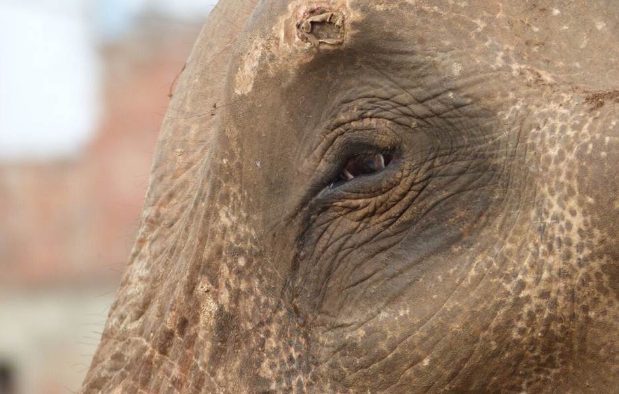 After more than 50 years spent chained, an Asian elephant named Mohan finally walks free. The dramatic rescue took more than 20 hours. It required the assistance of around 50 police officer who controlled a mob attempting to sabotage the efforts.

Mohan lived as a working elephant in India since he was a calf. Working elephants often endure harsh conditions. Even by those standards, Mohan’s situation was dire. Emaciated, suffering from a roundworm infestation, and injured as a result of severe beating and poking, he needed the immediate attention of veterinarians. Thanks to advocacy from animal rights groups, he is now in the custody of the Uttar Pradesh Forest Department.

Nicknamed the world’s “unluckiest” elephant, Mohan’s liberation is long overdue. In 2014, Wildlife SOS India attempted to remove Mohan and another elephant owned by the same family, Raju. Unfortunately, when the rescuers arrived Mohan could not be found. In 2015, a mob of about 300 people blocked rescuers and veterinarians attempting to move Mohan. The situation became too dangerous to continue. In 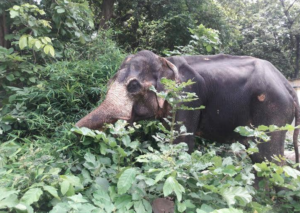 court, a battle has raged over the legality of his custody since 2013.

Despite this successful rescue, Mohan’s future remains uncertain. More court hearings will follow. For now, he stretches his legs in a natural setting for the first time in decades.

The IUCN Red List classifies Asian elephants (Elephas maximas) as an endangered species. As much as 50% of the population has been lost in the last three generations (or about 60-75 years) due to dramatic habitat loss, conflict with humans, and poaching. Conservation of habitat may be key to saving these animals.

To take action, please sign and share this petition by advocacy group Save the Asian Elephants (STAE): Petition to end the cruel treatment of elephants in India. You can also contribute directly to Wildlife SOS India to help ensure that Mohan’s legal battle is won.

Zoos seem to keep making the news these days, but sadly, it is not for good reason. Horrific reports are now being released stemming from...
Read more
Load more