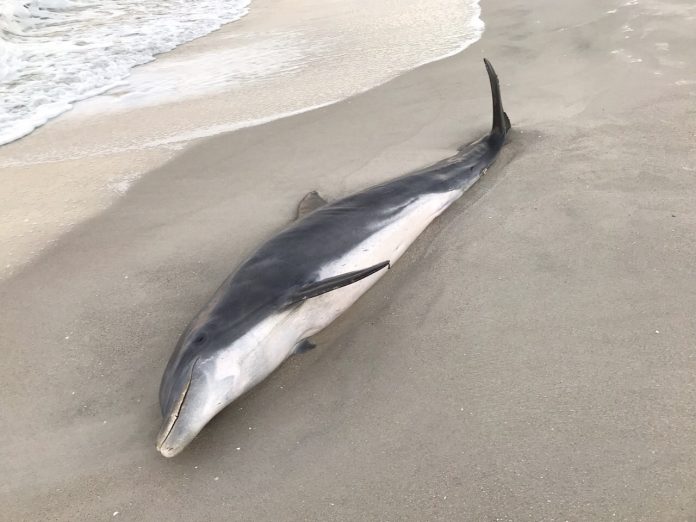 NOAA Law Enforcement Offers $20,000 REWARD To Anyone With Information Leading To The Conviction Of The People Responsible For Brutally Killing Two Dolphins In Florida

NOAA’s Office of Law Enforcement is offering a reward of up to $20,000 for information that leads to a criminal conviction of the person or persons responsible for the recent deaths of two dolphins in Florida.

Biologists with the Florida Fish and Wildlife Conservation Commission discovered a dead dolphin off Naples, Florida, late last week. The animal was fatally wounded from what appeared to be a bullet and/or a sharp object. Within the same week, Emerald Coast Wildlife Refuge experts recovered a dolphin with a bullet in its left side along Pensacola Beach, Florida.

A dolphin, also with a fatal puncture wound to its head, was found dead off Captiva Island, Florida, in May 2019. That investigation is ongoing and also offers a reward for information.

NOAA officials are seeking information from anyone who may have details about these incidents. Please call the NOAA Enforcement Hotline at (800) 853-1964. Tips may be left anonymously.

Biologists believe these cases may stem from humans feeding wild dolphins. Dolphins fed by people learn to associate people and boats with food, which can put them in harmful situations. Dolphins may suffer fatal impacts from boat strikes, entanglement, and or ingestion of fishing gear, and acts of intentional harm like these. You can prevent harm to wild dolphins by not feeding or attempting to feed them.

Since 2002, at least 29 dolphins (including these) have stranded in the Southeast U.S. There is evidence they were shot by guns or arrows or impaled with objects like fishing spears. Four incidents have occurred within the last year.

Harassing, hunting, killing or feeding wild dolphins, or attempting to do these activities is prohibited under the Marine Mammal Protection Act. Violations can be prosecuted either civilly or criminally. They are punishable by up to $100,000 in fines and up to one year in jail per violation.

NOAA continues to actively enforce these prohibitions. A recent case resulted in NOAA assessing a civil penalty of $1,250 against a Kansas man for feeding a dolphin while in Florida on vacation. That case became final in January. NOAA also works with the Department of Justice to initiate criminal prosecutions for more egregious cases. This includes the 2009 conviction and jail sentence given to a fishing captain for making homemade pipe bombs and throwing them at dolphins.

Previous articleA New Report Reveals That More Than Half Of The Top 100 Restaurant Chains In The U.S. Are Offering Plant-Based Options
Next articleRadio-Collared Male Mountain Lion, P-56, Killed In The Santa Monica Mountains Under California’s Deplorable State Depredation Law

Animal Activist Of The Year, Patty Shenker Talks Trophy Hunting – Another Cause of Wildlife Extinction

This past week in the U.S., our selected President showed us, again, that he not only doesn’t care about us but he also doesn’t...
Read more
News