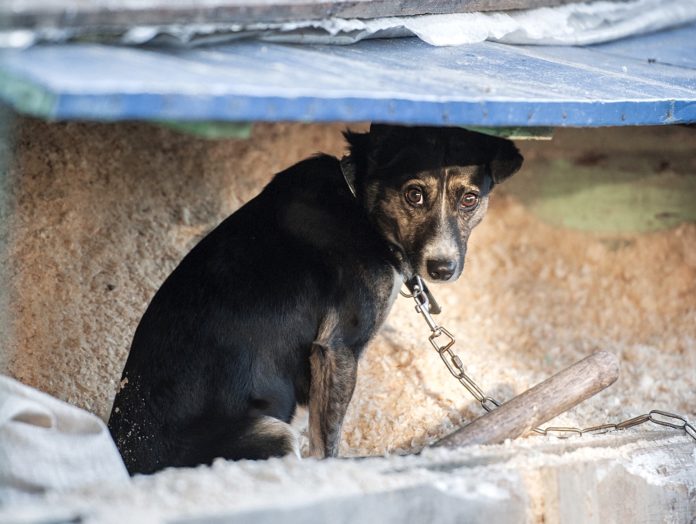 Senator Mike Braun of Indiana and Senator Sheldon Whitehouse of Rhode Island have introduced the bipartisan Animal Cruelty Enforcement Act to ensure that the federal government has a dedicated office for the enforcement of animal cruelty statutes. Senator Braun and Senator Whitehouse are joined on this bipartisan bill by original co-sponsors Senator John Kennedy, Senator Martha McSally, and Senator Richard Blumenthal.

The Animal Cruelty Enforcement Act would create by statute a dedicated Animal Cruelty Crimes Division at the Department of Justice (DOJ) to aid in the investigation, enforcement, and subsequent prosecution of felony animal cruelty crimes. It also would require DOJ to report annually on the progress made by enforcing animal cruelty statutes.

“America has recently taken big steps to crack down on animal cruelty with new laws to protect animals from torture and abuse, but we need further action to ensure these laws are being enforced across the country and track our progress in eradicating animal cruelty,” Senator Braun said in a statement.

Within the last two years, several prominent animal welfare statutes signed into law have vastly expanded the breadth and depth of the animal cruelty laws on the federal books.

As previously reported by WAN, The Preventing Animal Cruelty and Torture Act, the Parity in Animal Cruelty Enforcement Act, and the Pet and Women Safety Act have added important new laws to the federal code. These laws were passed with significant bipartisan support for the purposes of addressing animal cruelty issues head-on, recognizing the increasingly large body of research that closely links violence against animals with violence against humans.

“I am pleased to join my colleague Senator Braun to introduce this legislation to protect animal welfare,” stated Senator Whitehouse. “We need to make sure laws related to serious negligence and cruelty toward animals are clear and enforceable, and that the Department of Justice has the dedicated resources it needs to prosecute them.”

Over the past several years, the Department of Justice has taken steps to invest significant amounts of attorney time into reviewing reports of animal cruelty and investigating cases. However, given the significant influx of laws on the books, it is important that a dedicated section be established.

Previous articleBreaking! 30 Retired Circus Elephants To Be Released Into White Oak Conservation’s New 2,500-Acre Habitat Within Its Florida Sanctuary
Next articleMassive Lawsuit Challenges U.S. Regulations That Keep The Public In The Dark About Serious Harm Caused By Factory Farming & Slaughterhouses

Breaking News! Hawaii just became the first state to enact a law that aligns with Paris Climate Agreement. Urge your state to do the...
Read more
Load more