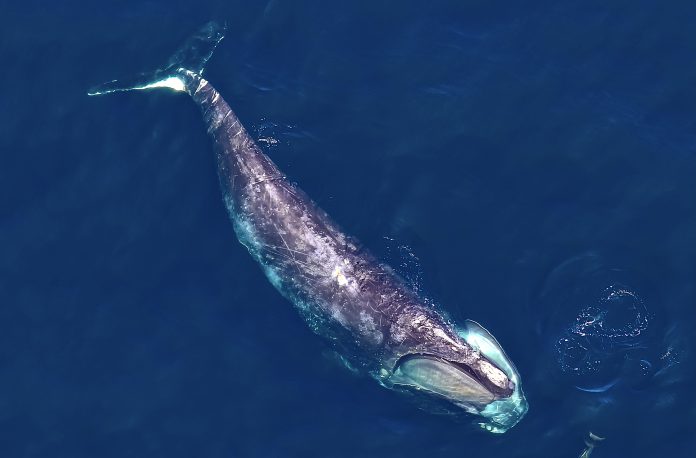 A new estimate from the North Atlantic Right Whale Consortium found that the critically endangered North Atlantic right whale population has dropped 8%, from 366 in 2019 to 336 in 2020.  This latest dire estimate came ahead of the Consortium’s annual meeting which is taking place now.

Yesterday, the National Marine Fisheries Service (NMFS) also published a new draft Stock Assessment Report. It estimated that the annual rate of North Atlantic right whale mortality between 2014 and 2018 was 27.4 whales, up from 18.6 in the previous assessment. With the release of these new estimates, Oceana is urgently calling on NMFS, Fisheries and Oceans Canada, and Transport Canada to take immediate action to save these whales from extinction.

“The new population and mortality estimates for North Atlantic right whales are upsetting and alarming. Losing nearly 10% of a critically endangered species in one year is drastic and should be a wake-up call that the situation facing these whales is more dire and urgent than ever before,” said Whitney Webber, campaign director at Oceana U.S., in a statement sent to WAN. “There is zero time to waste — political finger-pointing, process delays, and industry opposition are decimating North Atlantic right whales. This downward trajectory must be reversed if the species is going to survive another generation.”

North Atlantic right whales, who often swim slowly near shore, were aggressively hunted, and their population dropped from peak estimates of up to 21,000, to perhaps fewer than 100 by the 1920s. After hunting North Atlantic right whales was banned in 1935, their population increased to as many as 483 individuals in 2010. Sadly, that progress has reversed.

“We must do everything we can to save this fragile population from extinction. The devastating new population estimate underscores just how critical it is that Canada continues to create strong, mandatory measures to protect North Atlantic right whales,” stated Kim Elmslie, campaign director at Oceana Canada. “It is also time to create a more permanent management regime that is transparent to all stakeholders with a commitment to long-term funding for science, monitoring, and enforcement.”

Collisions with vessels are one of the two leading causes of North Atlantic right whale injuries and deaths. Entanglement in fishing gear used to catch lobster, snow crab, and other fisheries, is the other leading cause.

The recent release of nine highly endangered red wolves into the wild is the first of many steps by the U.S. Fish and Wildlife...
Read more
News

Photo from San Diego CHP, Facebook It has been quite an eventful year so far for an adventurous male sea lion in San Diego, California. A...
Read more
Load more