‘Save A Life This Thanksgiving, Adopt A Turkey’ Billboard Campaign Launched By Peace 4 Animals & WAN To Support Farm Sanctuary

Peace 4 Animals, World Animal News (WAN), and Farm Sanctuary are once again encouraging people to make the compassionate choice for the holidays by adopting a turkey rather than eating one for Thanksgiving dinner.

“We began the ‘Save A Life This Thanksgiving, Adopt A Turkey’ billboard campaign after realizing that something needed to be done to raise awareness about the estimated 46 million turkeys who are killed in the United States for Thanksgiving alone each year,” said Katie Cleary, Founder and President of Peace 4 Animals and World Animal News. “Taking action to save the lives of animals is the most important thing that we can do to create positive change for ourselves, our planet, and of course, for the animals. This campaign, in partnership with Farm Sanctuary, sends a clear message to choose compassion on your plate and change the way we’re conditioned to think about farm animals in this country; to actually make a connection to who we are eating.” 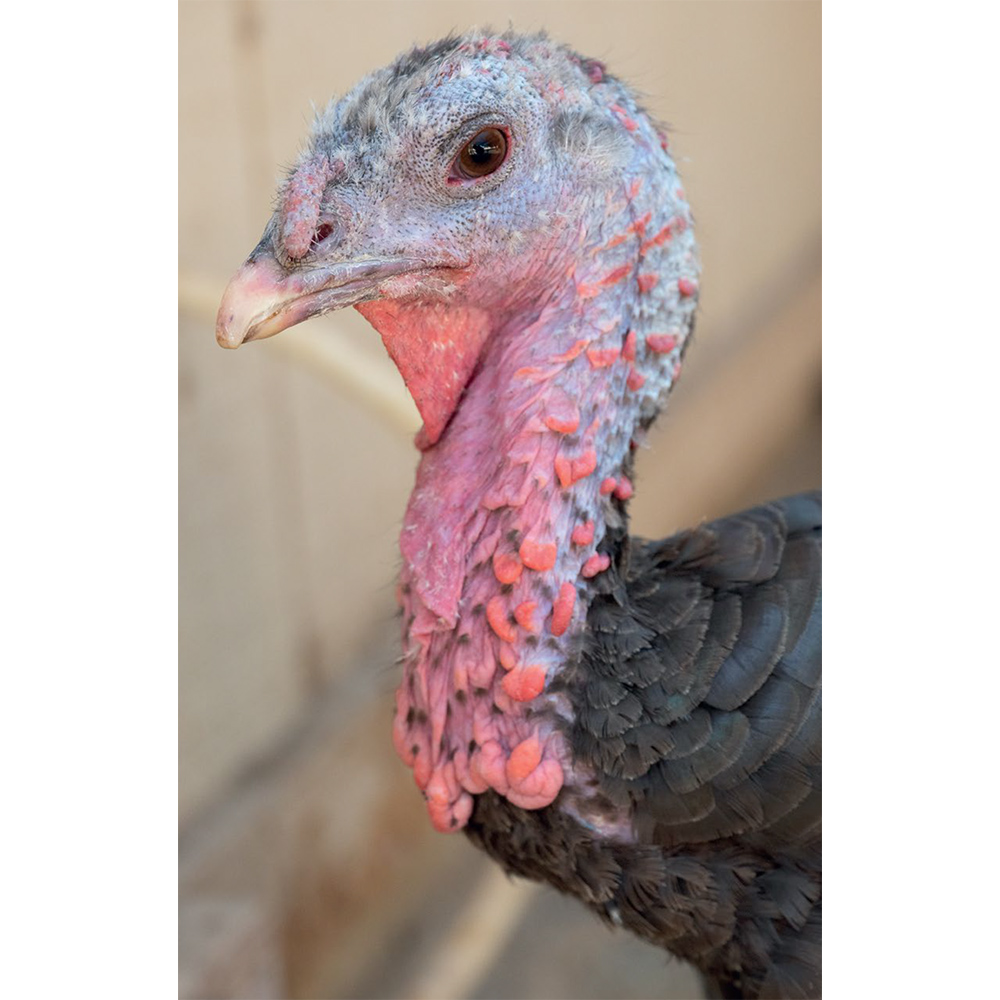 The 2020 ‘Save A Life This Thanksgiving, Adopt A Turkey’ billboard is strategically located on the highly-trafficked 710 Long Beach Freeway near the Imperial Highway exit in the city of Lynwood in Los Angeles County. 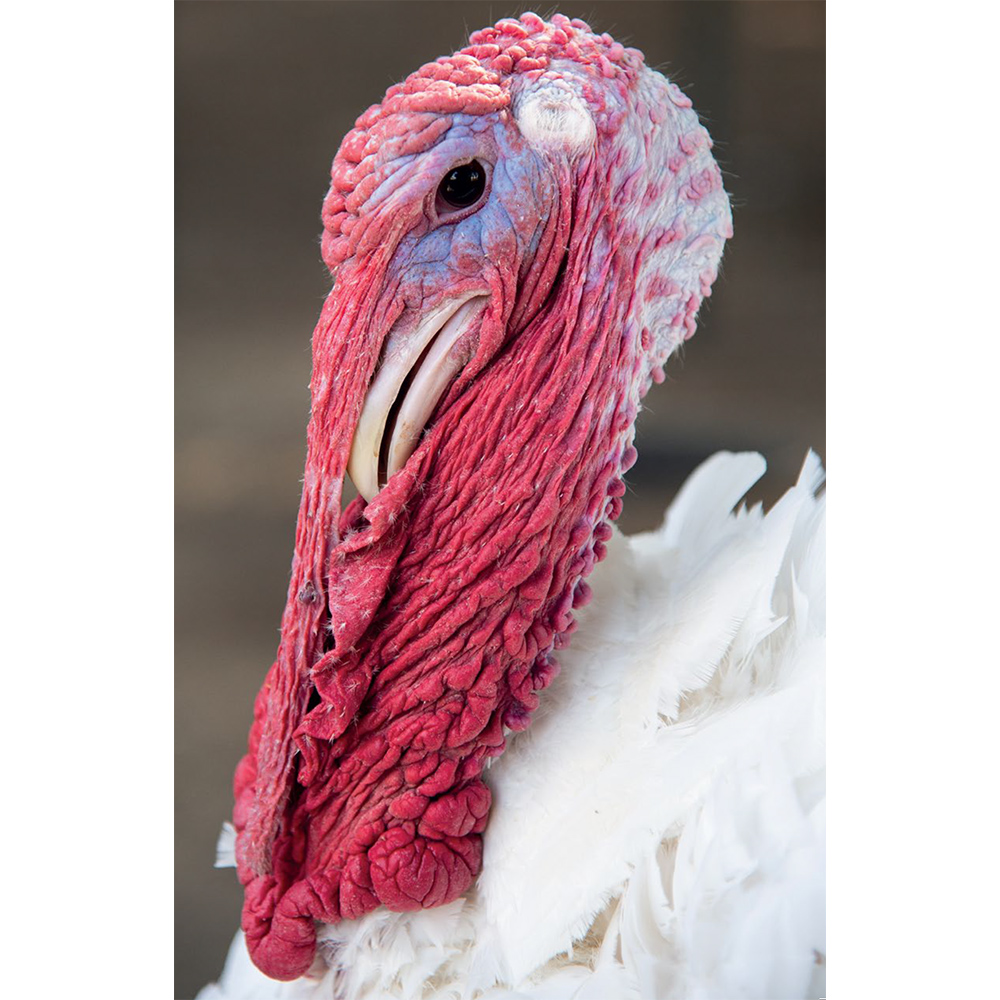 “If 2020 has taught us anything, it’s the importance of empathy and that our choices impact the lives of others,” Farm Sanctuary President and Co-Founder Gene Baur told WAN. “If we can celebrate a more joyous ‘turkey day’ without causing unnecessary killing and suffering, why wouldn’t we? By widening our circle of compassion to include one of the most abused creatures on the planet, we can prevent the enormous harm that factory farming causes people and other animals.” 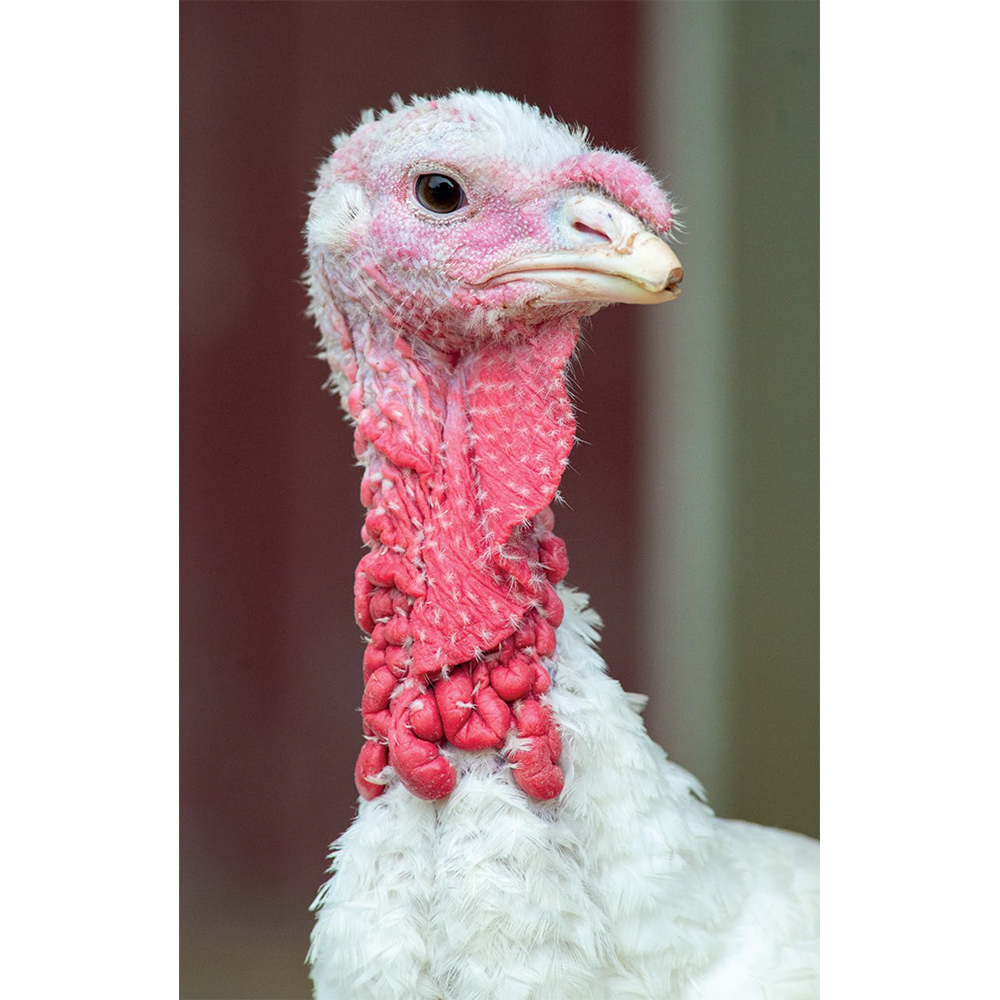 For only $35.00, anyone from anywhere around the world can sponsor a turkey that was saved by Farm Sanctuary. The rescued turkeys are given a new life at one of the organization’s sanctuaries located in Watkins Glen, New York, or Los Angeles, California. 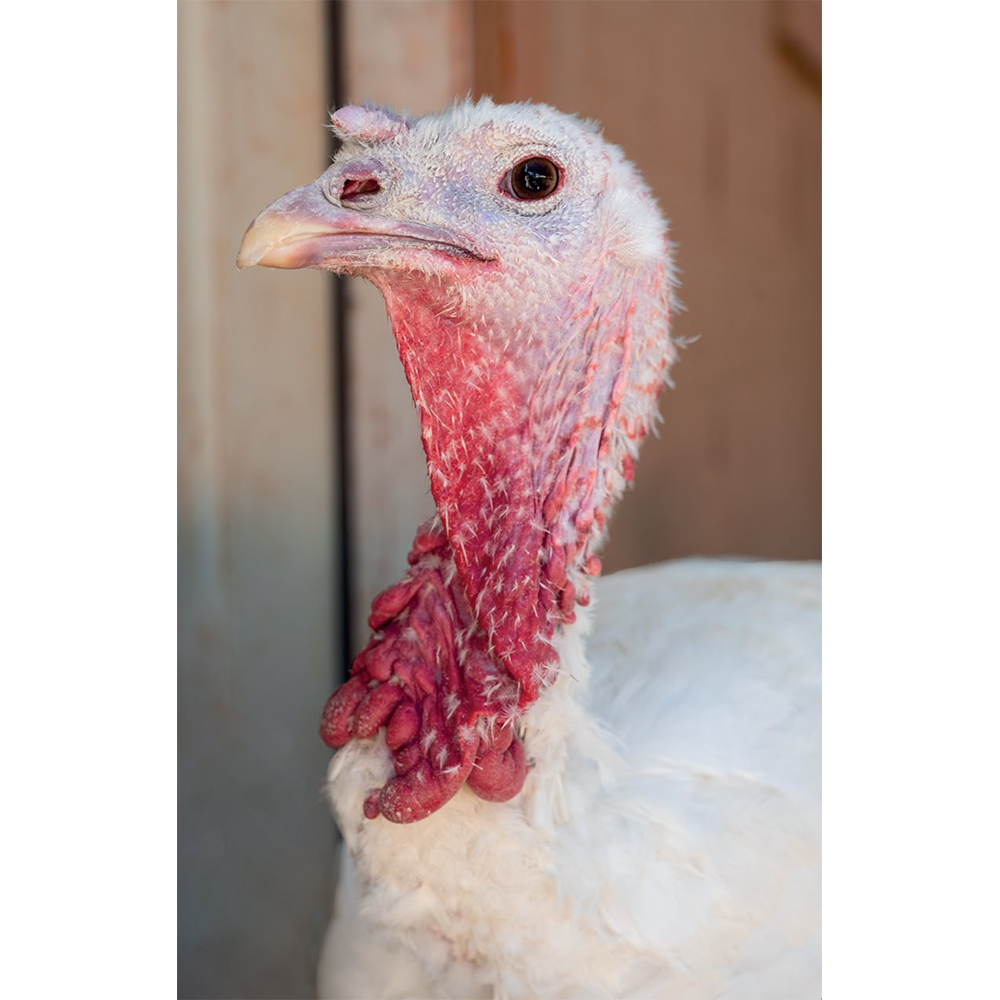 Venus “The Champion,” Ferris “The Hotshot,” Tutu “The Charmer,” Sandy “The Sweetheart,” and Jackie “The Queen” are among Farm Sanctuary’s adoptable turkeys this year. The fee to adopt the flock is only $150.00. 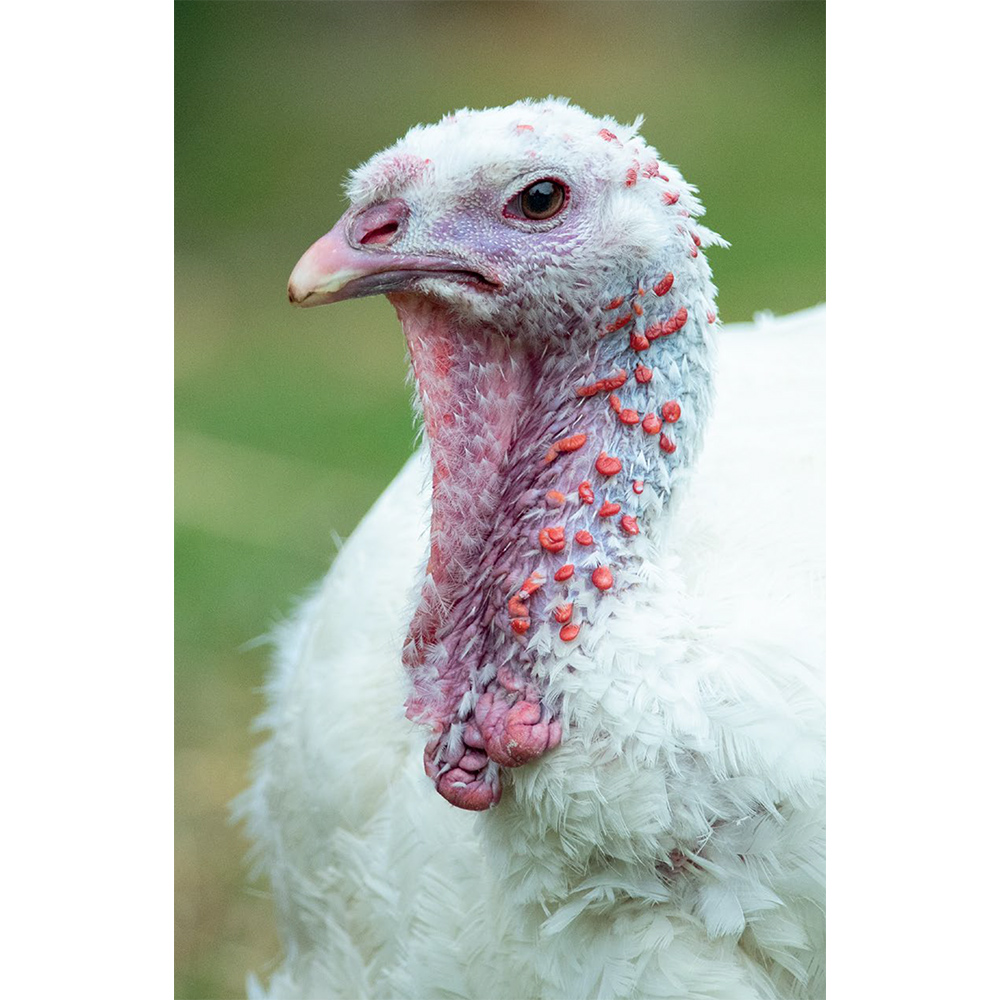 “Thanksgiving and turkeys have become synonymous, but sadly, not in a way that celebrates them. At Farm Sanctuary, we’re trying to change that,” noted Farm Sanctuary’s CEO, Megan Watkins. “By highlighting the unique personalities of these birds, while also exposing the abuse that they face in an unjust food system, we inspire people to start new compassionate traditions, like adopting a rescued turkey for Thanksgiving instead of eating one.”

Farm Sanctuary will send everyone who adopts a turkey an adoption certificate that reminds people that turkeys are living, feeling beings, who deserve to be treated with kindness and compassion. 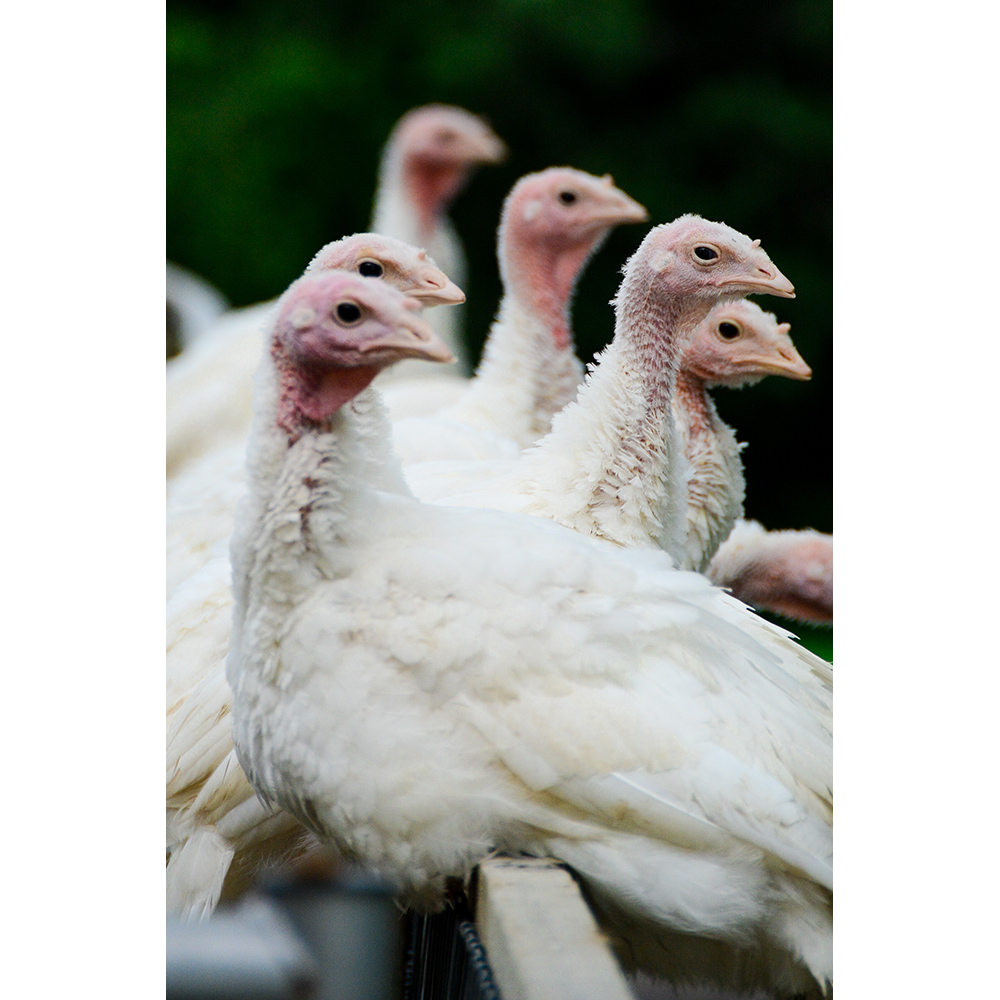 “Spreading awareness about the benefits of a plant-based diet is among the many critical issues WAN and Peace 4 Animals strive to address on a daily basis, and we welcome the opportunity to support other like-minded organizations such as Farm Sanctuary to amplify this important message,” shared Cleary. “It is more important than ever to spread compassion this year. Adopting a turkey instead of eating one on Thanksgiving is a life-changing step in the right direction towards a more compassionate world.”

Please join Peace 4 Animals, WAN, and Farm Sanctuary in making this Thanksgiving a compassionate one for ALL by sponsoring a Turkey HERE!

Previous articleThe Orangutan Project Commits To Raising $600,000 By The End Of 2020 To Secure The Survival Of Rehabilitated Bornean Orangutans In Newly Protected Habitat
Next articleIFAW Along With Local Partners Release Rescued Jaguar Back Into The Wild After Being Hit By A Car In Mexico

A city in South Island, New Zealand, is closing a busy road for a month to allow an endangered sea lion to nest safely with her...
Read more
News

Urgent! The Horrific 2022 Canadian Seal Hunt Begins Tomorrow With A Quota Of 400,000 Harp Seals Allowed To Be Slaughtered; Help Stop The Sickening...

The controversial 2022 Canadian commercial seal hunt off the coast of Newfoundland will begin tomorrow, April 8th, with an expected allowable kill of 400,000 harp seals for...
Read more
!! Coronavirus

Top conservation groups released an action plan today for the United States to dramatically crack down on the illegal wildlife trade, which is the most probable...
Read more
Load more