One of Africa’s most recognizable species, the common hippopotamus, faces a high risk of extinction and is disappearing from the wild. With only as few as 115,000 adult hippos remaining in the wild in Africa, and increasing threats from habitat loss and degradation, poaching, and trade in hippo parts—teeth, skulls, ivory, skin and meat—the future of hippos is uncertain. 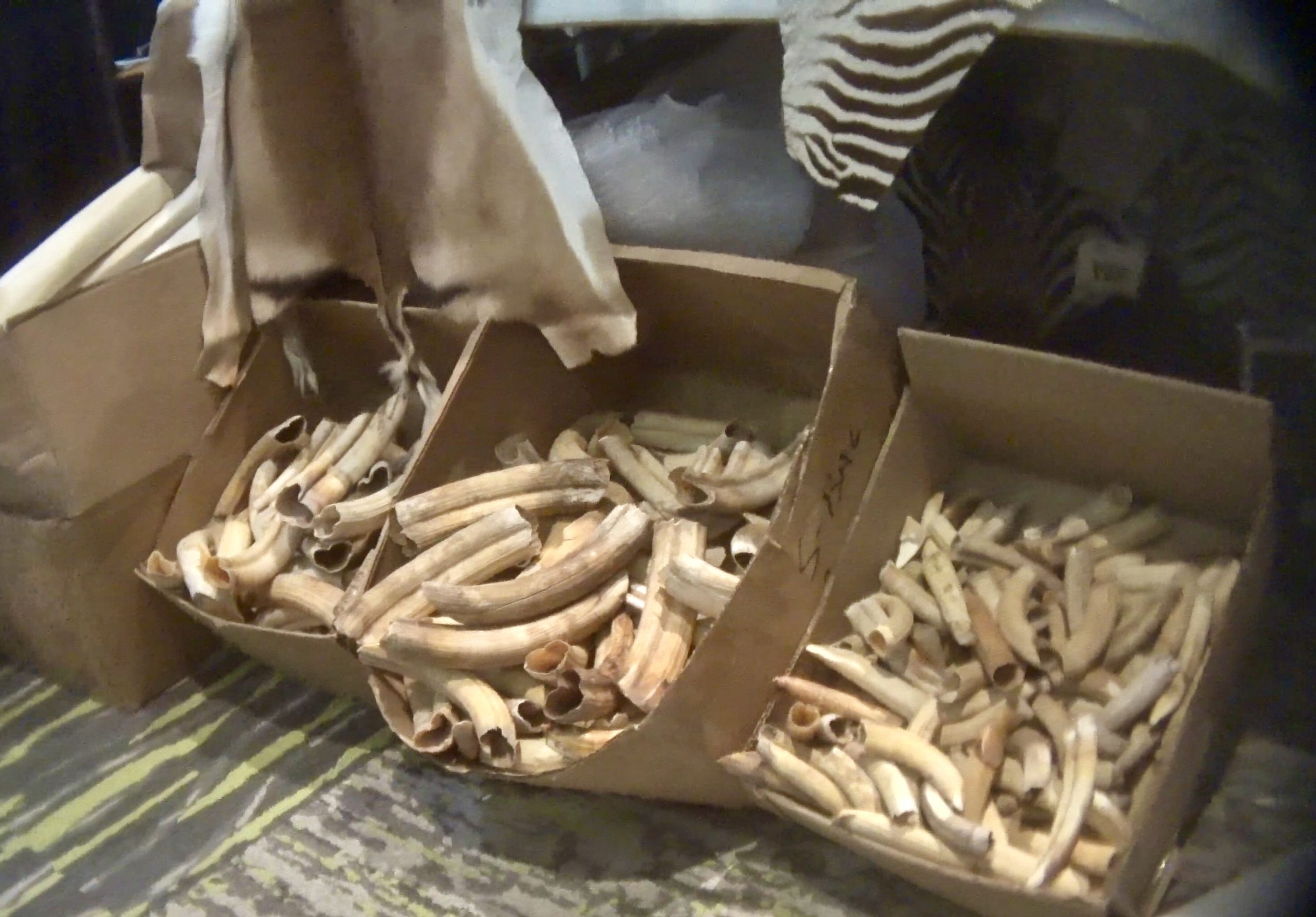 The comprehensive analysis of trade included in yesterday’s petition demonstrates that hippos are highly sought after by traders, poachers, and trophy hunters for their ivory tusks and other body parts.

Unfortunately, the United States plays a key role in this trade. Over the course of the last decade, the United States imported more hippo parts and products than any other country, including over 9,000 teeth, 5,700 skin pieces, 4,400 small leather products, 2,000 trophies, and 1,700 carvings. These imports represent a combined minimum of 3,081 hippos killed for legal trade. Many more hippos are poached and their parts also enter the trade. Listing hippos under the Endangered Species Act would ensure near-total restrictions on most imports and sales of hippo parts. 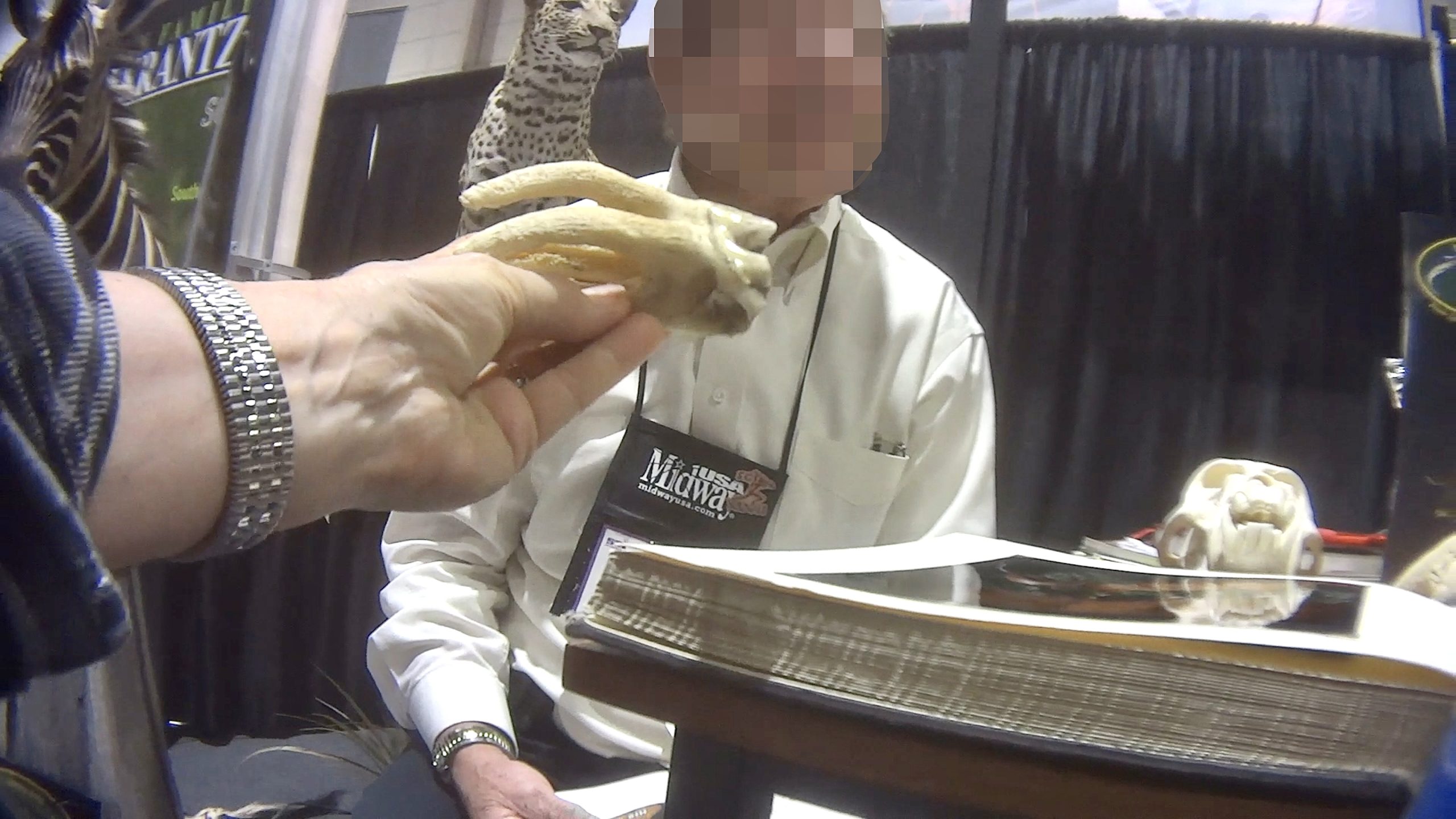 “Hippos are being needlessly slaughtered for commercial trade and trophy hunting. As the leading importer of hippo parts, the United States should be ashamed of the role they play in the decline of this iconic species. If we don’t protect them now, hippos may disappear forever,” said Adam Peyman, director of wildlife programs for Humane Society International.

Undercover investigations by Humane Society International and the Humane Society of the United States between 2018 and 2021 revealed a thriving market of hippo parts and products for sale in the United States. Investigators found thousands of hippo items, including trinkets made from carved teeth, hippo ivory-handled knives; hippo leather purses, belts, and boots; hippo skulls and a hippo skull table. Investigators recorded sellers of hippo parts explaining how they skirt state laws meant to protect hippos. 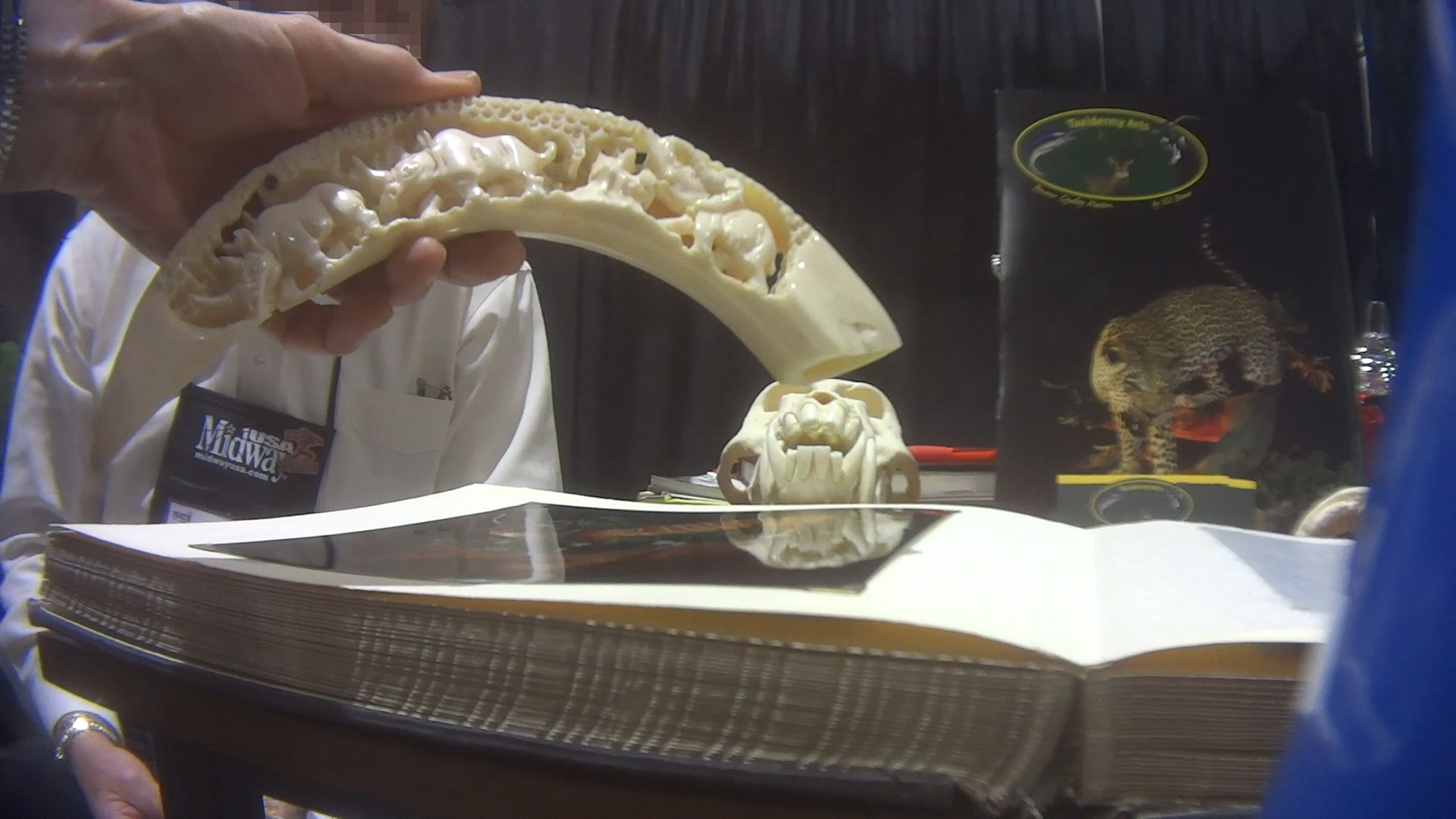 “We cannot continue to allow thousands of hippos to be killed for their teeth or skin, for a ridiculous trinket or a pair of boots,” said Kitty Block, president and CEO of the Humane Society of the United States. “This iconic species must be granted urgent protection under the Endangered Species Act to end this cruel cycle. We will not sit back and watch hippos vanish.”

“Limiting U.S. imports by listing hippos under the ESA will grant them important protections and will set the stage for other countries to follow,” said Tracie Letterman, vice president of federal affairs for Humane Society Legislative Fund. “As conservation leaders, but also the leading importer of hippo parts and products, the U.S. has a critical role to play in saving hippos from extinction.” 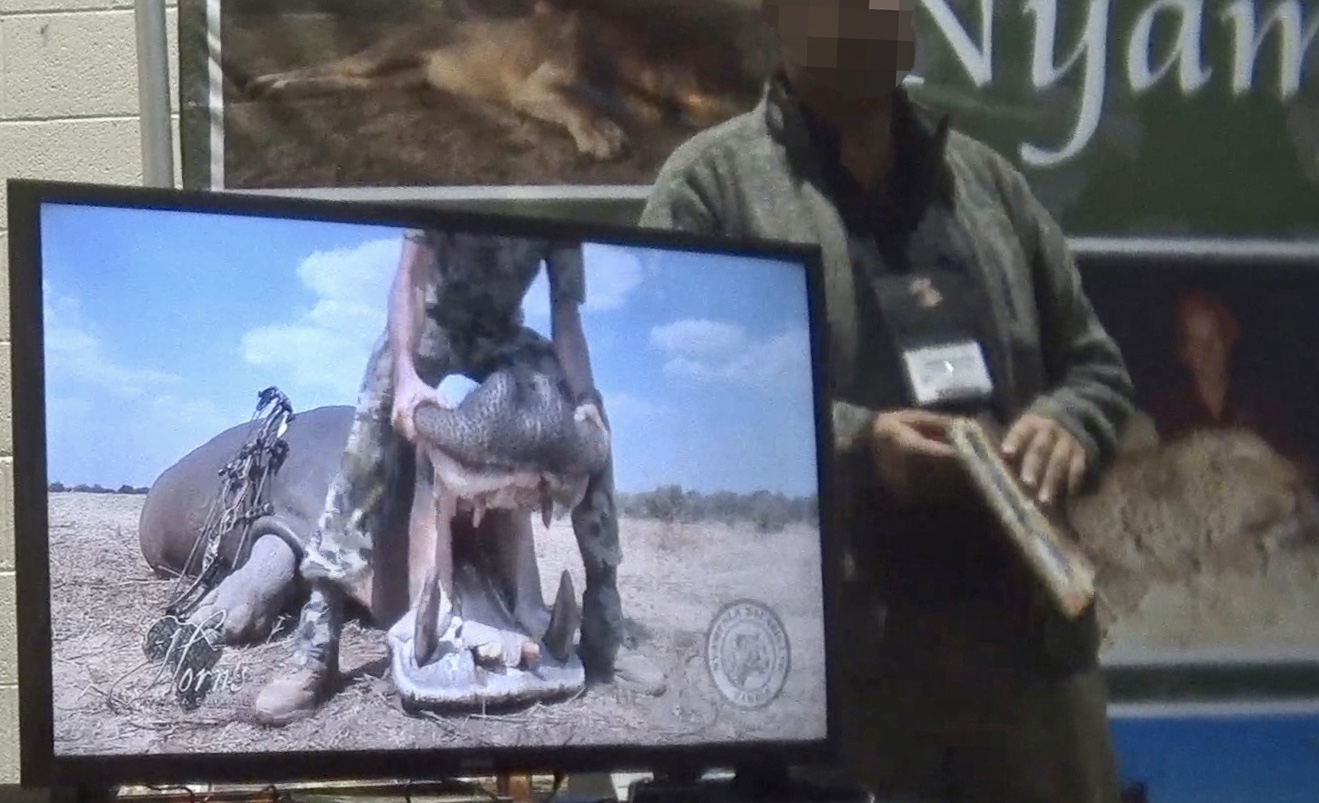 Hippos are also under threat from habitat loss and destruction. Dependent on freshwater systems, hippos are threatened by drought, agricultural and other water diversions, and loss of grazing areas. Climate change is predicted to cause further droughts in sub-Saharan Africa with detrimental consequences for hippos, reducing their birth rates and increasing their mortality.

“Adored for their yawning jaws and distinctive ears, these monumental animals deserve to thrive in the wild, and U.S. protections will help ensure they do,” said Tanya Sanerib, the international legal director at Center for Biological Diversity. “Hippos are irreplaceable ecologically, playing key roles in both aquatic and grassland systems. We’re losing keystone species like hippos in part because of human exploitation. In the middle of an extinction crisis, we can’t ignore the huge volumes of wildlife captured, killed, and traded globally to supply U.S. demand, including for hippos and their parts.”

The U.S. Fish and Wildlife Service has 90 days to review and respond to the petition and determine whether a listing may be warranted.

Previous article21 Dogs From The Dog Meat Trade & Puppy Mills Are Rescued & Relocated From China To Canada By Lady Freethinker, World Of Angels Foundation & Rescue PAWS
Next articleEcuador Votes To Recognize The Legal Rights Of Animals In The Constitution & Requires New Legislation To Be Drafted To Protect Them

Conserv Congo carried out a sting operation this week where they rescued a baby chimpanzee from two wildlife traffickers on the outskirts of Kinshasa,...
Read more
News

WAN Exclusive: Urgent Help Needed To Rehome 32 Chimps From The Wildlife Waystation To Sanctuaries In The U.S.

Sha-Sha is one of the 32 chimps needing to be rehomed in a sanctuary. Photos and images from North American Primate Sanctuary Alliance When the...
Read more

Breaking! The Transfer Of Two Asian Elephants From Canada To Texas Is Canceled Following In Defense Of Animals’ Ranking Of 2020’s Worst Zoos

Following the release of In Defense of Animals’ annual list of the 10 Worst Zoo's for Elephants in North America, the Fort Worth Zoo in Texas has...
Read more
Load more