Companion bills S.3401, sponsored by New Jersey Senator Vin Gopal, and A.5236, sponsored by Assemblyman Raj Mukherj, would ban gestation crates and veal crates, mandating that mother pigs and calves have enough space to turn around freely, lie down, stand up, and fully extend their limbs. Similar legislation passed twice before, only to be vetoed by then Governor Christie, despite overwhelming bipartisan backing by state residents and lawmakers. 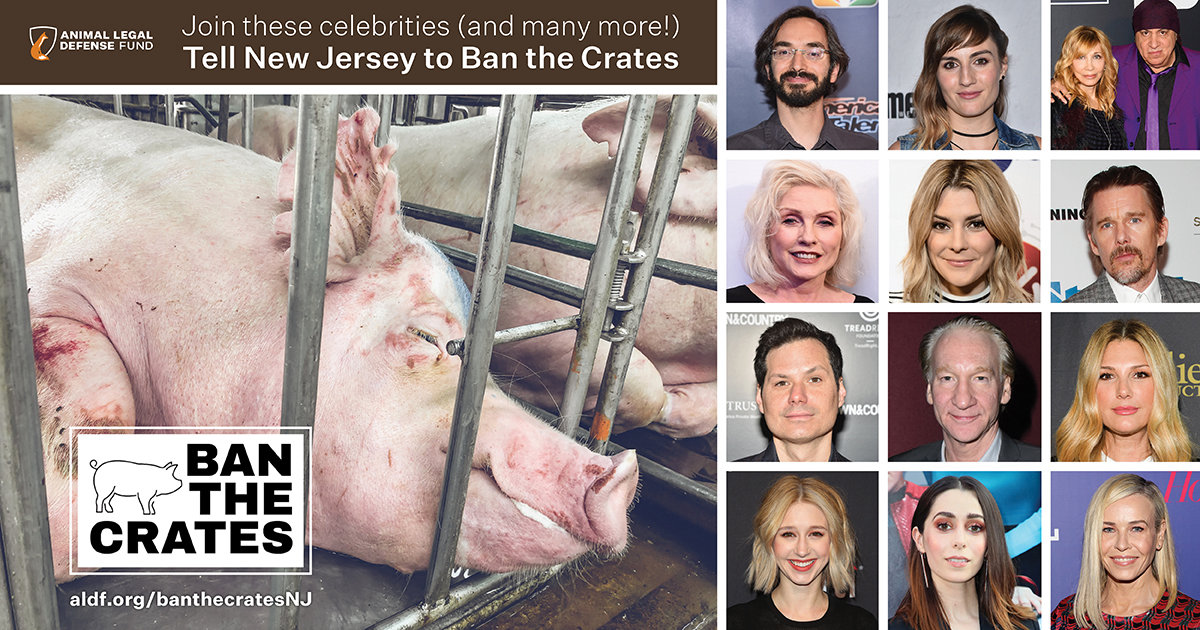 “Gestation crates are so cruel that ten U.S. states, Canada, and the European Union have outlawed them. Numerous corporations are prohibiting the use of gestation crates in their supply chains and demanding that producers stop cruelly confining animals,” stated the letter. “The broad support in the business community, as well as political support in other U.S. states, since the original passage of this legislation in New Jersey over six years ago, demonstrates that New Jersey is positioned to finally pass this bill into law.”

Emphasizing that gestation crates and veal crates are “inherently cruel,” the letter further explained that the inhumane crates severely restrict the animal’s movement, to the point of virtual immobilization. As a result, the poor animals suffer from both physical pain and psychological illnesses.

Animal Legal Defense Fund’s Executive Director Stephen Wells also explained in a statement, that the animals’ suffering combined with the growing demand by consumers for increased compassion and transparency in how farmed animals are raised, are further reasons why “now is the time for New Jersey to ban the crates.”

The letter continues, “The COVID-19 pandemic has highlighted how intensive confinement of mass numbers of animals in cramped spaces can create a breeding ground for zoonotic disease. Ensuring that the cruel confinement of mother pigs and baby calves is prohibited in New Jersey is a matter of animal cruelty prevention and a proactive step in safeguarding public safety.”

Over 30 local and national organizations are working together to ban the intensive confinement of mother pigs and baby calves in New Jersey and to prevent future pandemics.

Previous articleScientists Say It’s Time To Reintroduce Jaguars Back Into The U.S. After Being Driven To Extinction 50 Years Ago
Next articleBreaking! International Anti-Poaching Foundation Ranger Seriously Injured In Suspected Revenge Attack

The Care For Wild Africa Rhino Sanctuary was contacted last Friday regarding a rescue of an 8 month old female calf from a reserve...
Read more
International News

Despite the coronavirus pandemic worldwide, the notoriously brutal Canadian seal hunt is still happening, and the bloodiest months are coming. Hundreds of thousands of...
Read more
News