1. Congratulations to Joaquin Phoenix for winning Best Actor at the Oscars for his outstanding performance in the Joker. 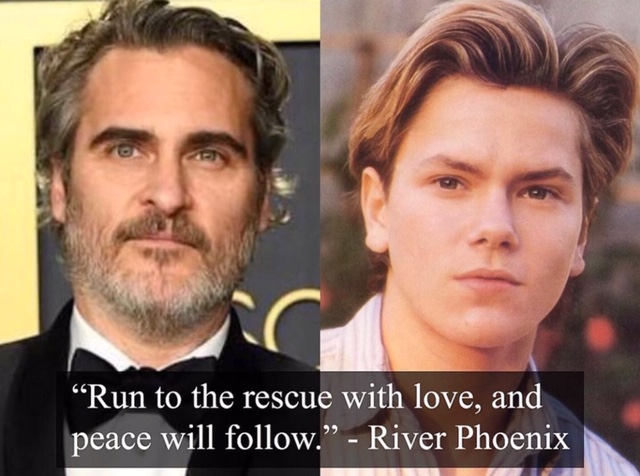 Joaquin gave an inspirational speech using his platform to speak out against injustice in our natural world, also highlighting the cruel effects of the dairy industry. He also paid tribute to his late brother, River Phoenix, by sharing a beautiful quote from him, “Run to the rescue with love, and peace will follow.”

2. With the heartbreaking images of wildlife perishing from the wildfires that continue to decimate parts of Australia, it was even more devastating to learn about the countless Koalas found dead after their habitat was bulldozed to the ground by a logging company. 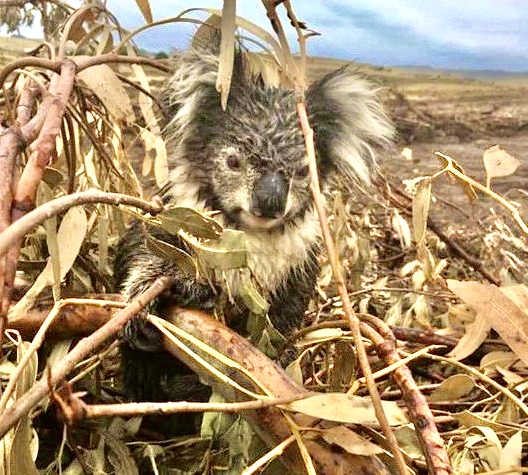 The Conservation Regulator’s Major Investigations team of Victoria is leading the investigation into how this horrific incident happened and who was responsible.

All wildlife in Victoria is protected under the Wildlife Act 1975. Killing or disturbing wildlife can attract a maximum penalty of up to $8,000 and/or six months imprisonment.

Wildlife organizations in Australia still need your help. Please consider donating to some of these amazing organizations (BELOW).

3. The World Health Organization indicates there is a high likelihood the coronavirus originated from the consumption of bats, as China imposes a temporary ban on the wildlife trade. 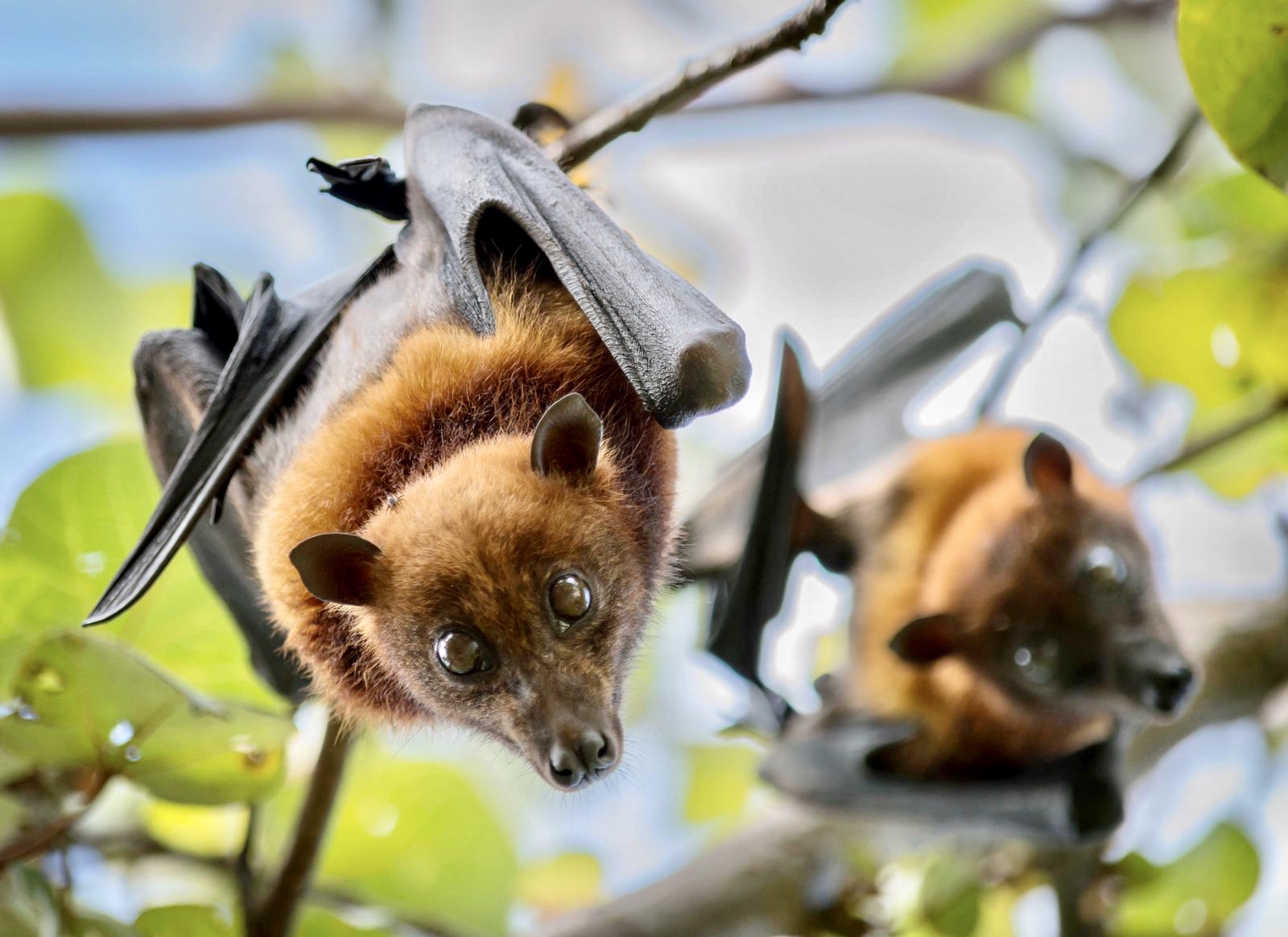 The announcement comes amid rising speculations that the deadly coronavirus arose within a market in the City of Wuhan that was illegally selling wildlife. The World Health Organization said that there is a high likelihood that the new coronavirus came from the consumption of bats and also pangolins, but that it might have made the jump to a currently unknown animal group before infecting humans.

Sadly, due to false rumors, some Chinese residents have begun killing their pets, mistakenly believing that they can contract the virus from them. The World Health Organization has made it very clear that there is no evidence that dogs or cats can be infected with the coronavirus.

4. The wildlife conservation community is mourning the death of two monarch butterfly activists, both were found dead in Mexico just days apart. It is suspected that they were both killed after trying to save the Monarch Butterfly’s habitat from loggers. 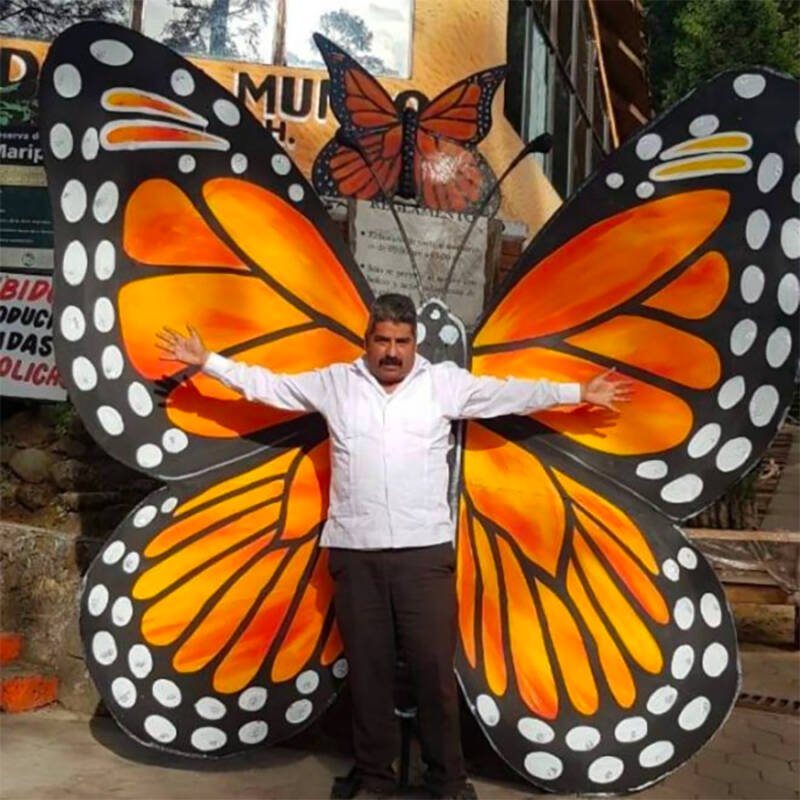 Raúl Hernández Romero, who worked as a tour guide at El Rosario Monarch Butterfly Sanctuary in Michoacán, was horrifically found beaten to death.  Homero Gomez Gonzalez, manager of the sanctuary, was discovered in a well on January 29th.

Although an investigation is underway, conservationists already fear that there is a link between the two due to their important activism work trying to stop illegal logging in the area.

5. The Dolphin Project has relentlessly campaigned for a decade against Indonesia’s traveling dolphin circus. Finally, after much hard work and dedication, the world’s cruelest dolphin show has been shut down. 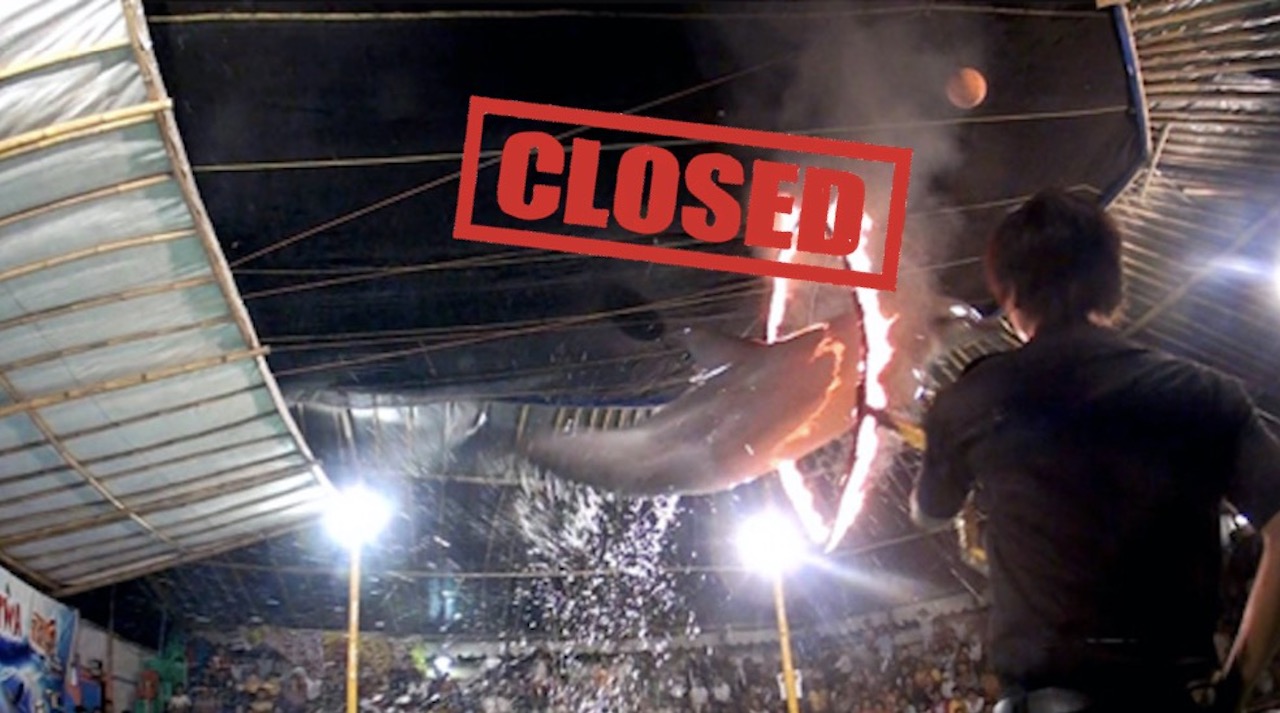 In a massive victory for animal welfare, The Ministry of Environment and Forestry in Indonesia will not be renewing the permits of Wersut Seguni Indonesia, the company responsible for the suffering and exploitation of so many captive dolphins. The company will have to shut their doors to one of the cruelest shows on earth. 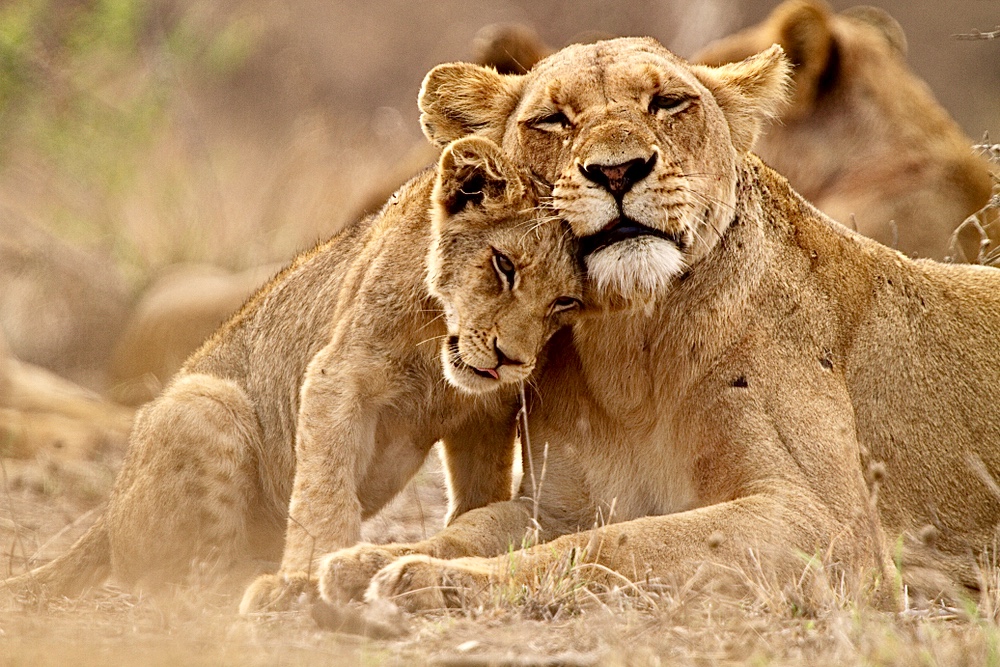 Animal protection organizations Born Free, Humane Society International/UK and Lion Aid, form massive campaign to ban trophy hunting imports and exports in the UK. They all joined forces on the steps of Number 10, which is the headquarters of the Government of the United Kingdom, on Saturday, January 25th, and delivered One Million Signatures calling for a comprehensive ban on imports and exports of so-called hunting trophies.

7. Breaking! KFC and Beyond Meat to test new plant-based Beyond Fried Chicken in the Southern United States.

On February 3rd, select KFC restaurants in Charlotte, North Carolina, and Nashville, Tennessee, as well as areas surrounding the two cities, began offering new Beyond Fried Chicken menu items, which will be available through February 23rd, or while supplies last.

The expanded test comes on the heels of the overwhelmingly successful test launch in Atlanta, Georgia, last summer, making KFC the first national Quick Service Restaurant in the United States to introduce plant-based chicken in partnership with Beyond Meat.

8. Animal protection groups recently sued U.S. Secretary of Agriculture Sonny Perdue and the United States Department of Agriculture for failing to protect pigs who are too sick or injured to walk at slaughterhouses, posing serious risks to animals and food safety. 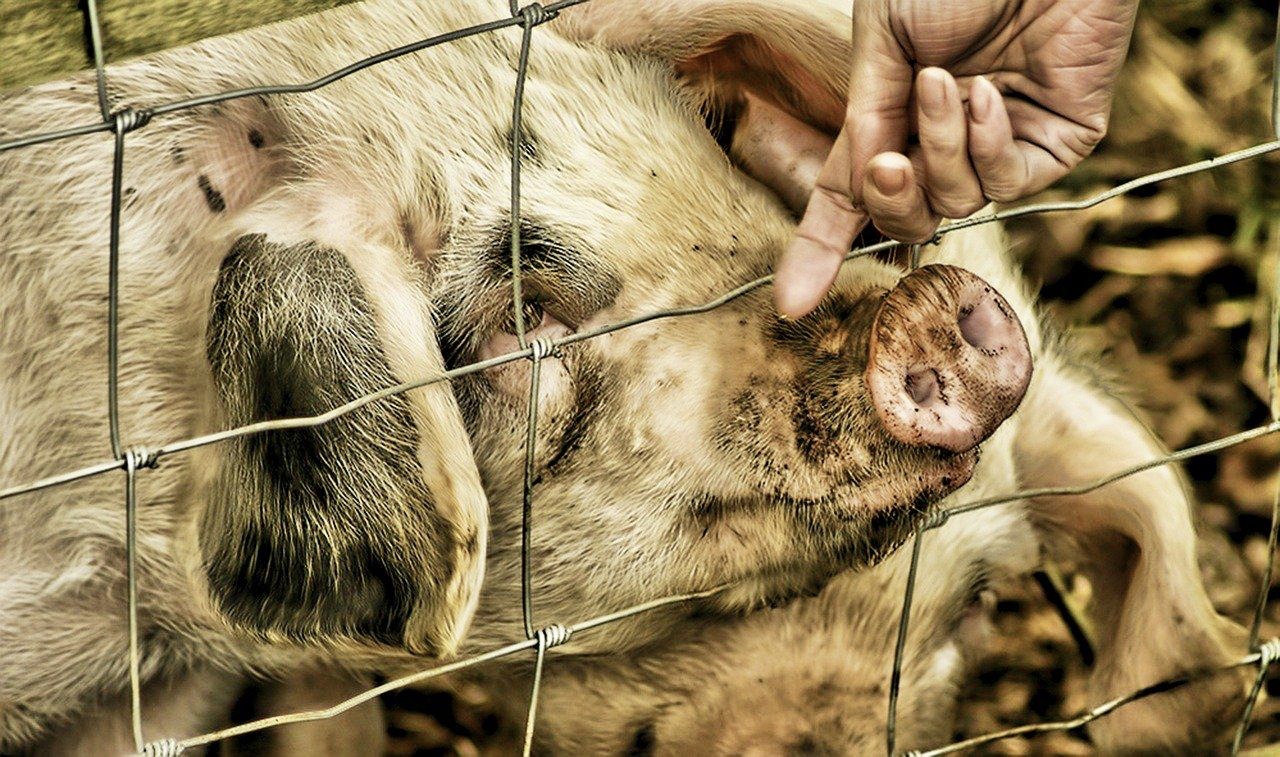 The lawsuit, filed in federal court in Rochester, New York, challenges the department’s failure to follow Congress’ longstanding mandate to protect these “downed” or “non-ambulatory” animals, as well as the department’s recent denial of a petition to ban their slaughter. The plaintiffs include: Farm Sanctuary, Animal Legal Defense Fund, Animal Outlook, Animal Welfare Institute, Compassion in World Farming, Farm Forward, and Mercy For Animals.

After a key legal defeat, the United States Department of the Interior has told a federal district court in New York that no future meetings of the International Wildlife Conservation Council will be taking place, putting an end to the controversial trophy hunting council.

Previous articleMeet Some Loving Adoptable Dogs Who Are Looking For Their Furever Homes; Here Are WAN’s Rescues Of The Week!
Next articleBreaking! Jeff Bezos Launches $10 Billion Dollar Bezos Earth Fund To Help Fight Climate Change & Save Our Planet

Urgent! Help Needed In Alberta, Canada, To Identify Poacher Who Illegally Shot Cougar Before Leaving Its Body In The Snow

Wildlife officials in Alberta, Canada, are requesting the public’s assistance in identifying the poacher or poachers who illegally killed a cougar and abandoned its...
Read more
News

WAN is thrilled to share some much-needed positive news regarding the world’s most trafficked animal! According to the Borneo Post, the Sandakan Wildlife Department came...
Read more
News

Photo from EPA An angry mob of Indonesian villagers massacred close to 300 crocodiles over the weekend. The tragic event occurred on Saturday following the funeral...
Read more
Load more