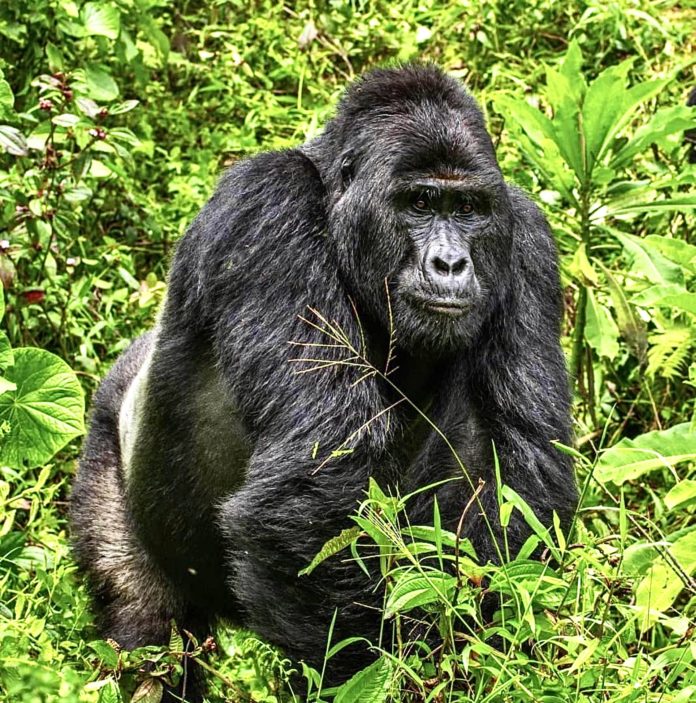 The arrests follow an investigation into the Silverback’s death after a post-mortem report revealed that the injury Rafiki sustained was from a sharp object.

The team arrested Byamukama Feliz who was found in possession of bush pig meat and several hunting devices, including a spear, rope snares, wire snares, and a dog hunting bell that were recovered from his home on June 4th.

Byamukama confessed to killing Rafiki in self-defense. He claimed that while in the park with Bampabenda Evarist, they came into contact with Rafiki and his group. Rafiki reportedly charged at the men, and that is when Feliz speared him.

On June 1st, Rafiki was reported missing, and on June 2nd, UWA’s Team mounted a search for him. Sadly, the body of Rafiki was found in Kakato area inside BINP.

Nkuringo is the first gorilla group to be habituated in the southern sector of BINP in 1997. at the time of Rafiki’s death, the group had 17 members; one Silverback, three Blackbacks, eight adult females, two juveniles, and three infants.

Tragically, there are only an estimated 1,000 mountain gorillas remaining in the wild. Please help save them by donating to Dian Fossey Gorilla Fund International HERE!

Help Protect Turtles & Tortoises That Experts Fear Could Become Extinct Within The Next 50 Years!

American Tortoise Rescue While yesterday was World Turtle Day, it is imperative that the plight of turtles and tortoises is recognized everyday; especially since experts sadly...
Read more
News