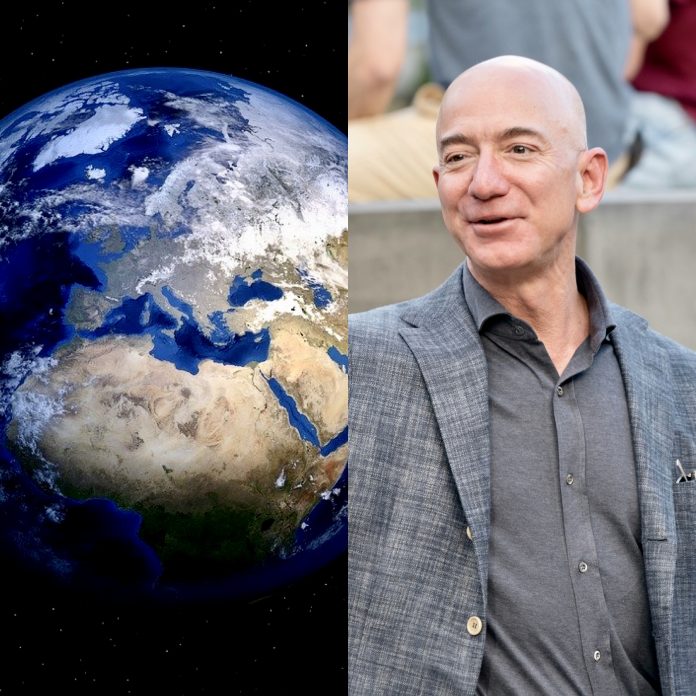 Amazon CEO and noted billionaire, Jeff Bezos, took to social media today to share the news that he is launching a new 10 billion dollar philanthropic initiative to help combat climate change in a effort to save the planet.

Bezos announced the establishment of the Bezos Earth Fund this morning to 1.4 million Instagram followers.

“Climate change is the biggest threat to our planet. I want to work alongside others both to amplify known ways and to explore new ways of fighting the devastating impact of climate change on this planet we all share,” Bezos said in his post.

While specific details about the initiative were limited, Bezos did explain that, “This global initiative will fund scientists, activists, NGOs — any effort that offers a real possibility to help preserve and protect the natural world.”

According to Bezos, we can save Earth but it is going to take “collective action from big companies, small companies, nation states, global organizations, and individuals⁣⁣⁣.”

“I’m committing $10 billion to start and will begin issuing grants this summer. Earth is the one thing we all have in common — let’s protect it, together,” Bezos concluded in his post.

While the new fund is a personal project for Bezos, not one that includes Amazon, the move follows the company’s climate pledge it announced last September.

On Amazon’s website, it share the company’s position on many issues including global warming, noting that “Human-induced climate change is real, serious, and action is needed from the public and private sectors.”

“The overwhelming majority of climate scientists agree that human activities are contributing to climate-warming trends over the past century, and most leading scientific organizations worldwide have issued public statements endorsing this position. We agree, and have created The Climate Pledge – a commitment to reach the Paris Agreement 10 years early,” the organization states on its website. “We are innovating and investing to be net zero carbon by 2040 and run on 100% renewable energy by 2030. We are purchasing 100,000 fully-electric delivery vehicles, the largest order ever for electric delivery vehicles, and investing $100 million in nature-based climate solutions and reforestation projects around the world to begin removing carbon from the atmosphere now.”

The company even has a sustainability website to provide comprehensive reporting on our carbon footprint and progress on its commitments.

WAN and Peace 4 Animals applauds Jeff Bezos’ decision to invest much needed funding to help save our planet and combat climate change. Everyone must do their part to protect our one and only Mother Earth before it’s too late.

Las Vegas Review Journal Nevada-based One Family Animal Sanctuary has been enhancing the lives of abused, neglected and special needs farm animals since it was...
Read more
News

Update! India The Pet Tiger That Was Found In A Houston Neighborhood Last Year Is Now Thriving At Cleveland Amory Black Beauty Ranch

Photos by: Christi Gilbreth / The HSUS In May 2021, WAN reported on a disturbing story of a young missing pet tiger that was on the loose...
Read more
News

The American Public Was Lied To! Pro-Trophy-Hunting Committee Holds First Public Meeting This Morning In Washington Supported By The Safari Club International & The...