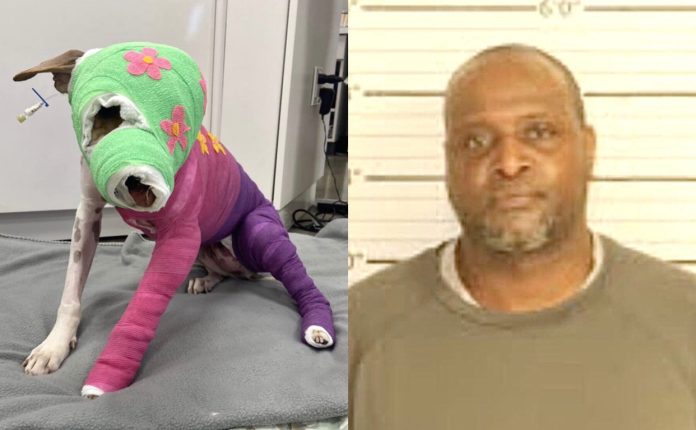 Quishon Brown Is Arrested For Setting An Innocent Dog Named Riona On Fire In Tennessee; Justice Must Be Served!

Quishon Brown, a 43-year-old alleged animal abuser of the worst kind was arrested yesterday in connection with the horrific burning of a live dog last month in Memphis, Tennessee. While the poor dog, named Riona, is recovering, animal advocates everywhere are still demanding that justice be served. 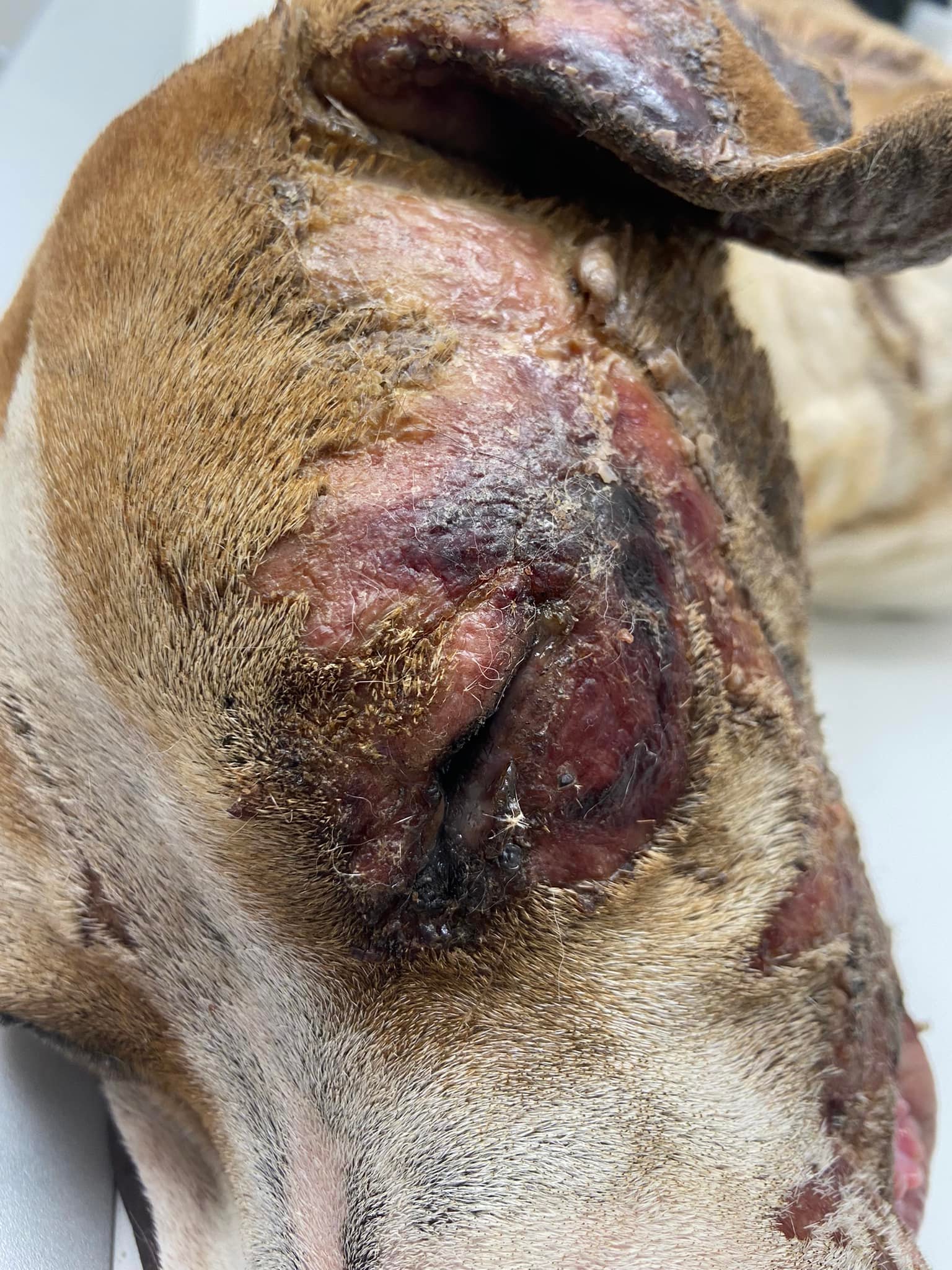 According to a statement by the Memphis Police Department on its Facebook page, Tillman Task Force officers apprehended Brown and transported him to Tillman GIB where he was charged with Aggravated Animal Cruelty, Arson to Set Fire to Personal Property, and Simple Assault. 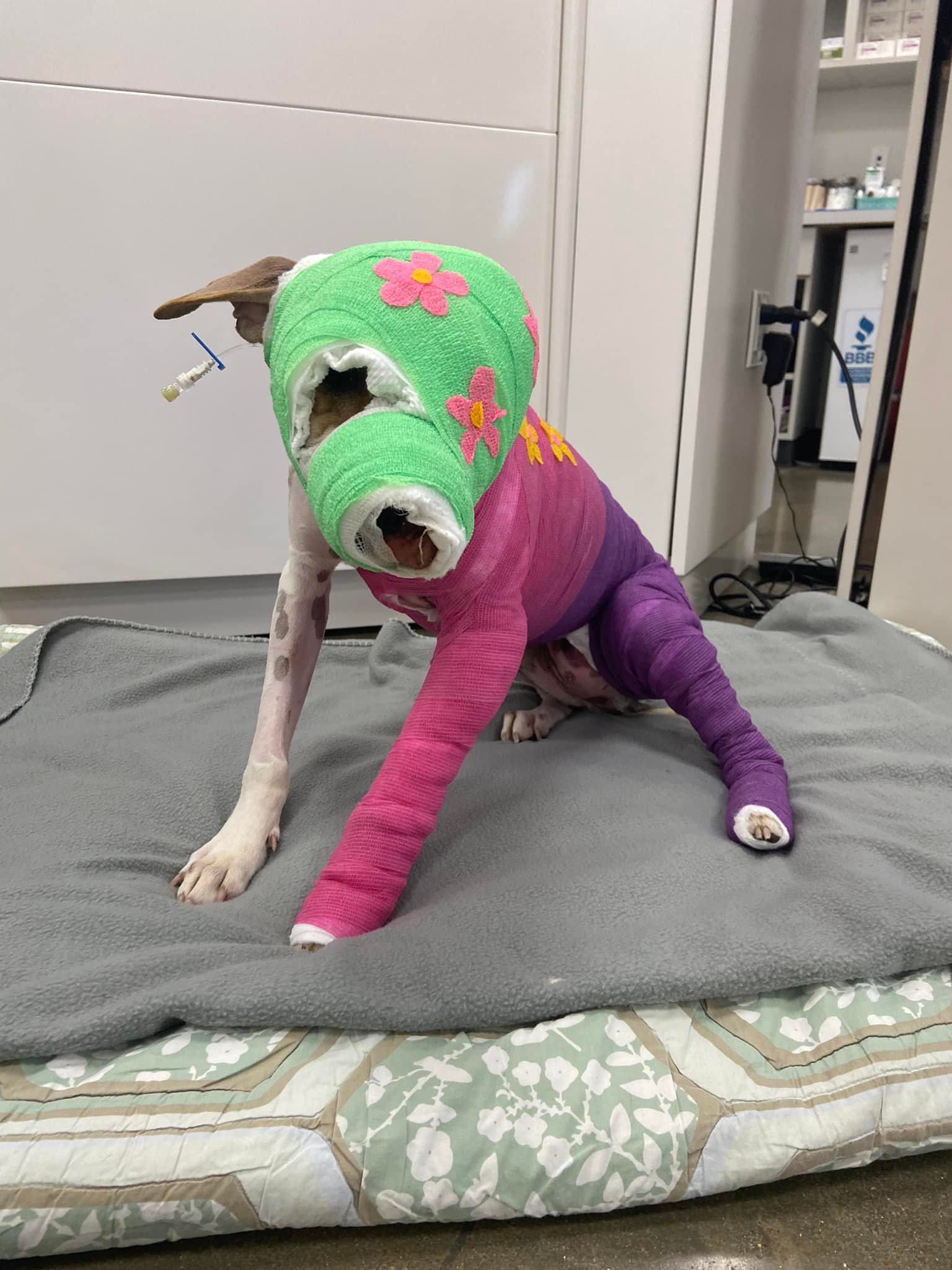 “On July 11, 2022, around 8:26 pm, officers responded to Hood Street and Berkshire Avenue. Officers were advised that the man who was responsible for burning the dog was speaking to another individual and stated that he was going to burn down the house of whoever gave the video to the police and the news,” the department explained in the post. The victim advised this threat placed him in fear.” 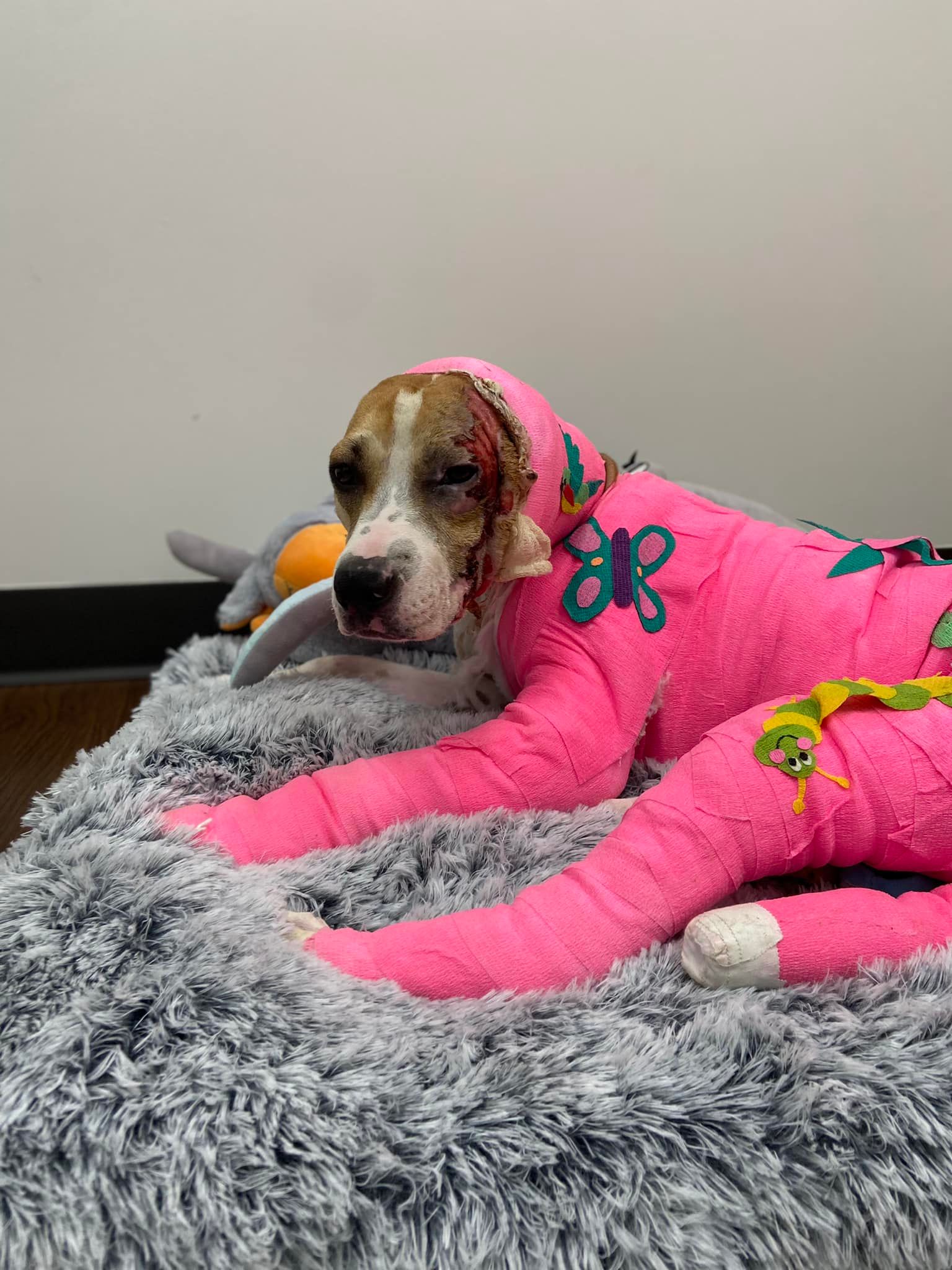 The heartbreaking case began to unfold on June 20th when officers responded to an animal cruelty call at 1747 Hood Street. Officers were advised that a dog had been intentionally set on fire and was fully engulfed in flames. 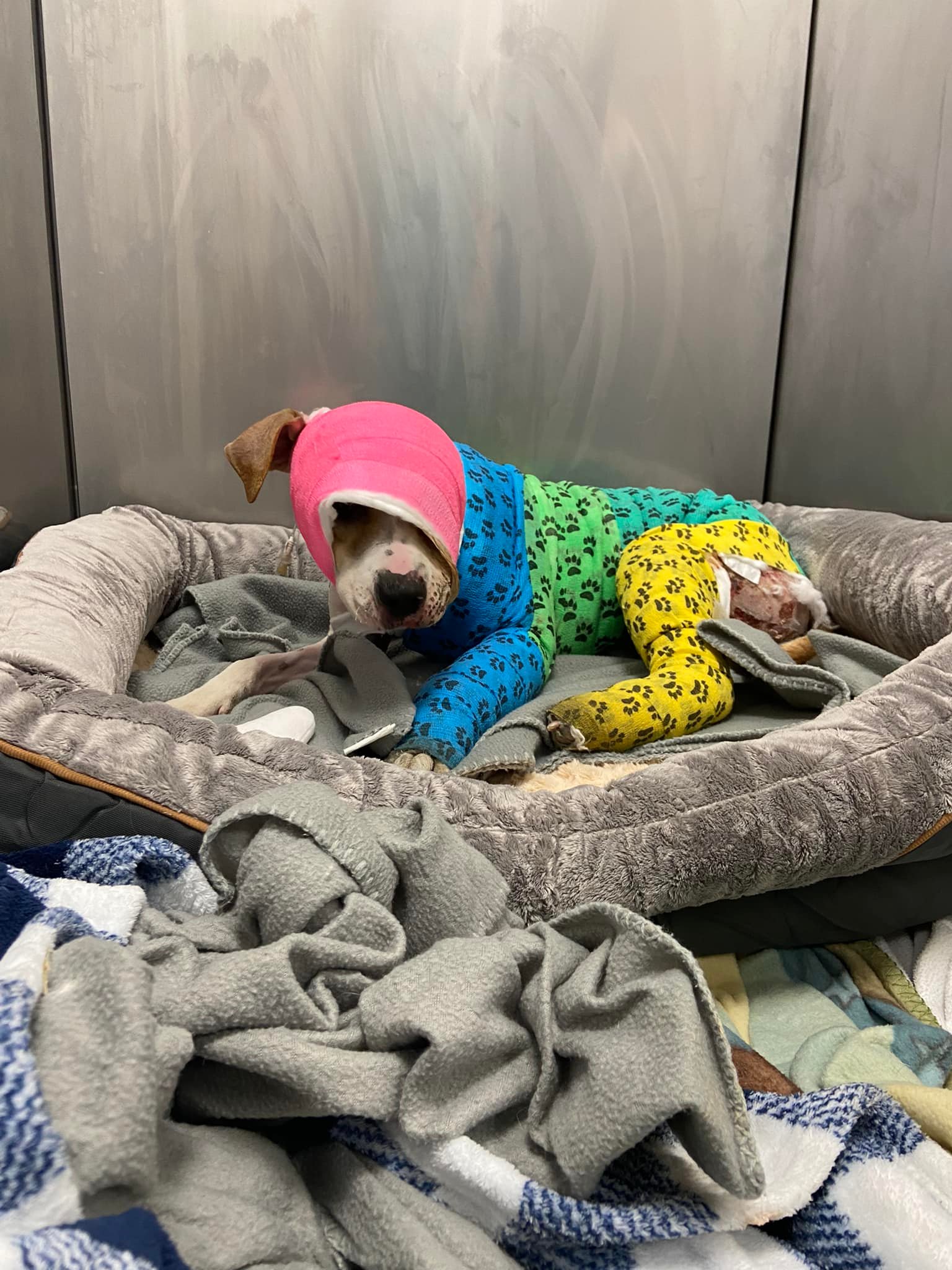 Video surveillance, which has since been shared by numerous news outlets, revealed a very large built male in the backyard of 3918 Berkshire only 36 seconds before the dog escaped and came running down Hood Street. People worldwide have since shared their outrage of the crime. A Tic Tok account, #justice4riona, has also been created to share the innocent dog’s story and updates of her recovery. 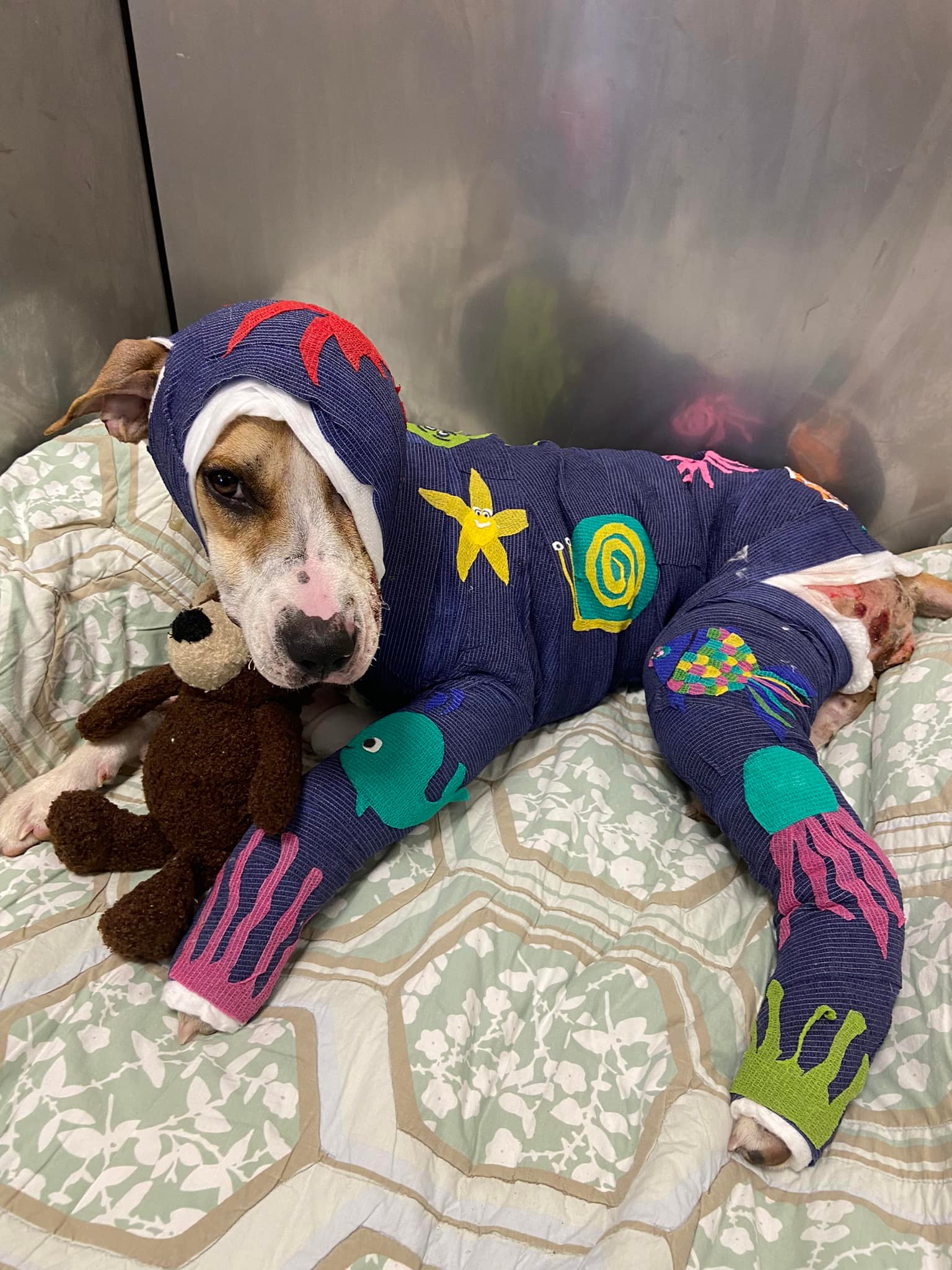 Bluff City Veterinary Specialists, the veterinary hospital that treated Riona, reported that an accelerant was used in the crime that left the victim suffering from 4th-degree burns, which covered approximately 60% of her body. The compassionate veterinary team has been posting photos of Riona on the hospital’s Facebook page as she heals. 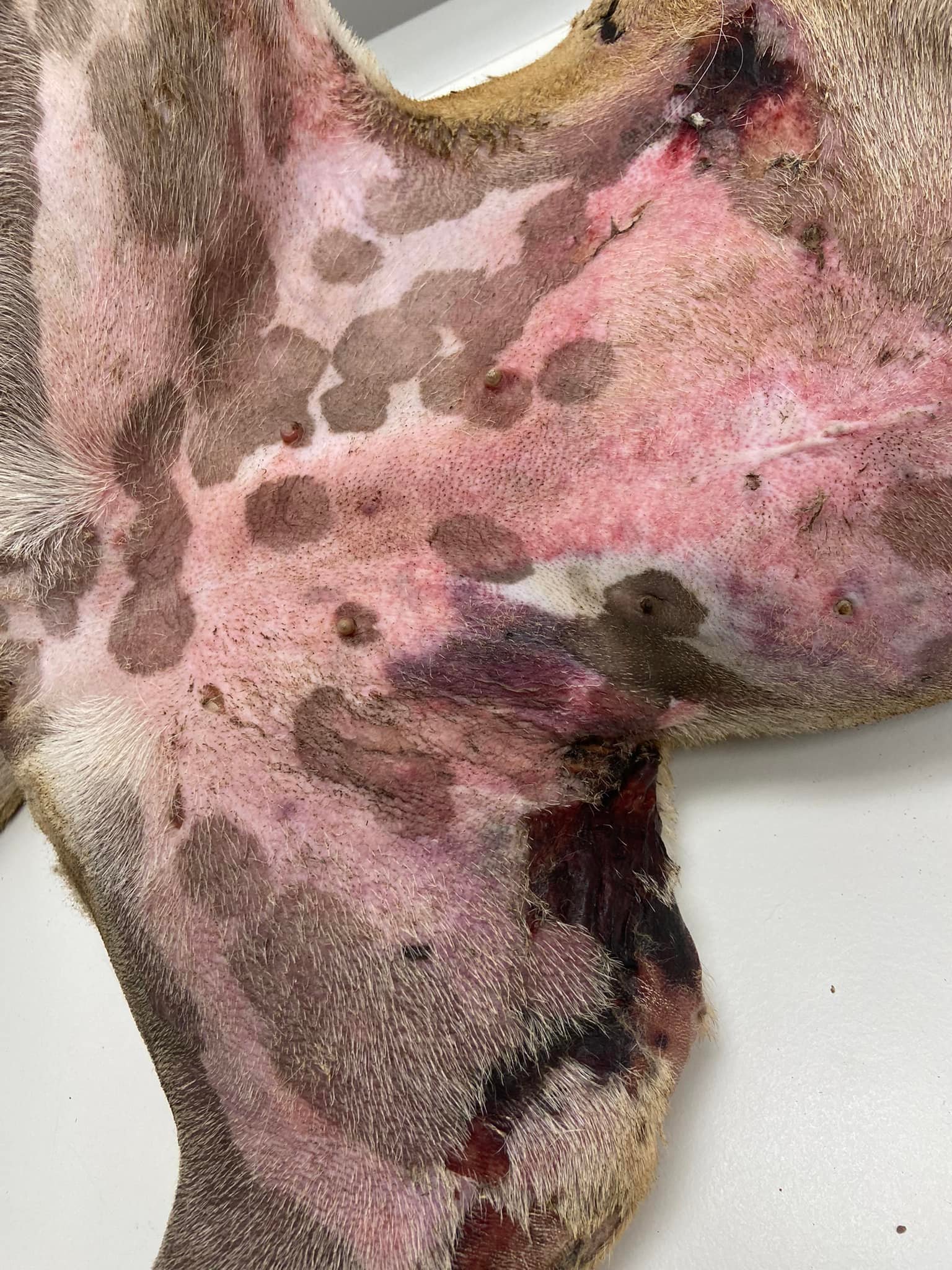 Riona was originally taken to Memphis Animal Control before Tails of Hope Dog Rescue stepped in to help, subsequently starting a reward fund that has reached $20,000 for information leading to the arrest and conviction of the sub-human responsible for the appalling assault. “This girl was tortured, yet, she wags her tail,” noted a June 22nd post from the organization’s Facebook page. “Just. Don’t. Understand.” 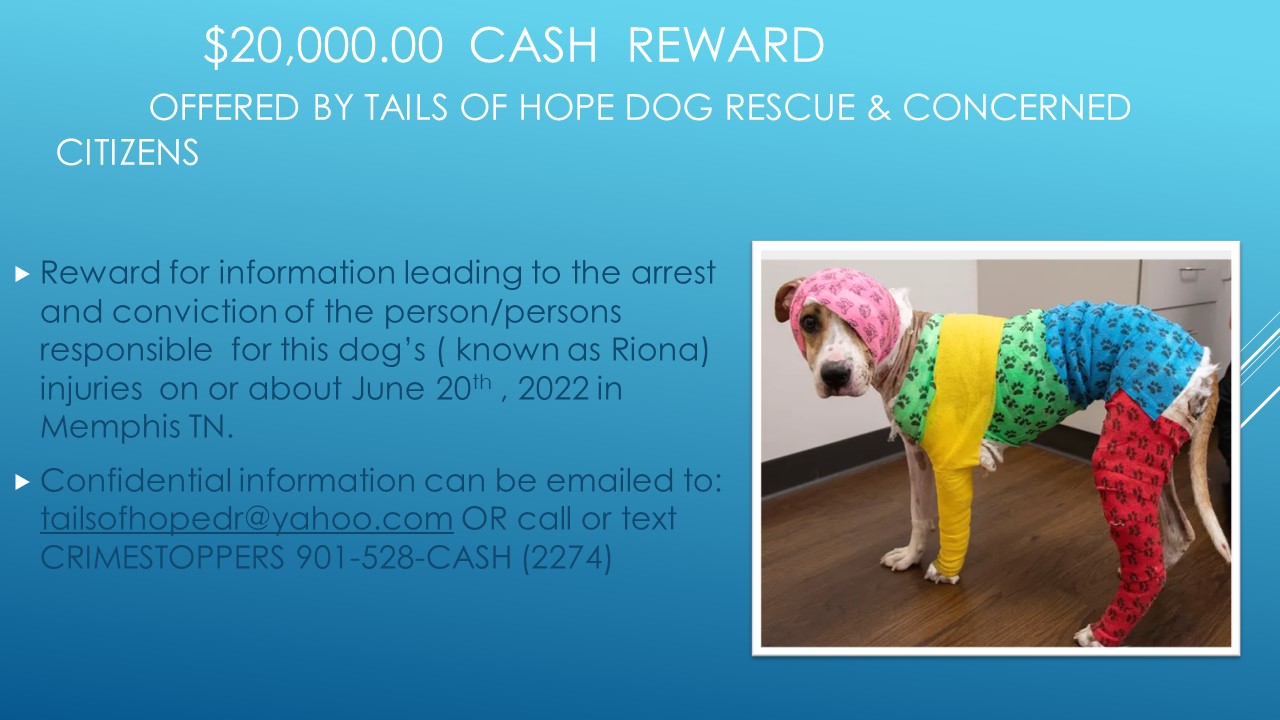 Donations to help Riona can be made via Venmo to @tailsofhopedogrescue or PayPal tailsofhopedr@yahoo.com.

Animal Victory also created a petition to ensure that Quishon Brown receives the maximum sentence for each and every charge against him. Please sign the petition, HERE!

Previous articleOver 200 Neglected Lions, Tigers & Other Species Rescued After Black Jaguar-White Tiger Sanctuary Was Raided In Mexico
Next articleThree Poachers Have Been Arrested For The Brutal Killing Of Four Rhinos For Their Horns In Kruger National Park

Yet Another Roadside Zoo Suspected Of Widespread Mistreatment Of Animals

Another day, another shoddy roadside zoo suspected of mistreating animals that should have never been there in the first place. Today’s zoo in question is...
Read more
News

Breaking! Beyond Meat Launches Beyond Chicken Tenders In Nearly 400 Restaurants Throughout The United States

Beyond Meat launched its new, awarding-winning Beyond Chicken Tenders today. The delicious plant-based item is breaded to perfection for a crispy outside and irresistible...
Read more
Load more