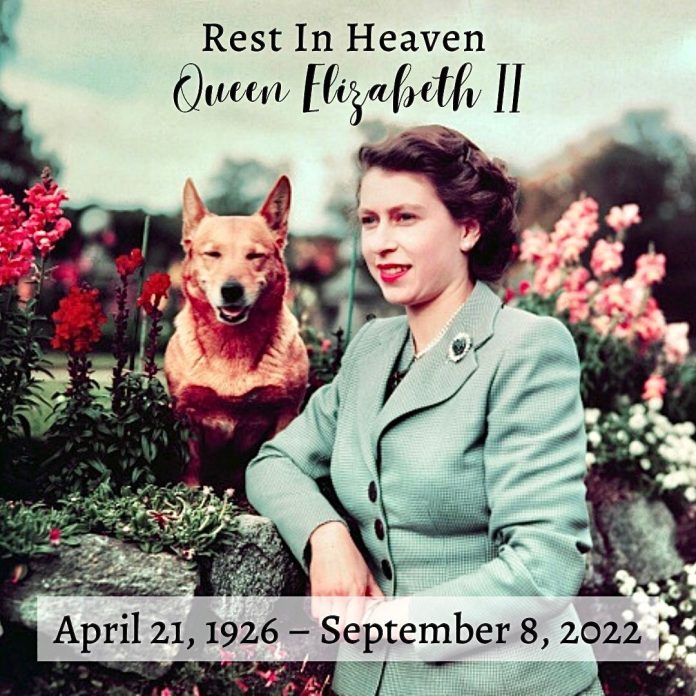 WAN joins the world in mourning the passing of Queen Elizabeth II at Balmoral Castle in Scotland.

A beloved icon, Her Majesty the Queen lived an extraordinary life during which she was greatly admired and respected. She was a change-maker, an inspiration, a brilliant woman with an unwavering love for her Country and her family, which included more than 30 corgis over the past 70 years.

“My corgis are my family,” Queen Elizabeth often shared. It is believed that her two remaining corgis will be cared for by members of the Royal Family.

“The Queen’s corgis are almost as famous as the monarch herself. She was an avid animal lover who loved nothing more than spending time with her pet dogs,” Windsor Humane said in a statement on its Twitter account. “Rest In Peace Queen Elizabeth II.”

Newly-appointed Prime Minister Liz Truss shared some highlights about the Queen’s remarkable life and her vast accomplishments in a speech earlier today. It was tempered by a heavy sadness and profound sense of loss that continues to be felt worldwide.

“We are all devastated by the news we have just heard from Balmoral. The death of Her Majesty The Queen is a huge shock to the nation and to the world. Queen Elizabeth II was the rock on which modern Britain was built,” stated Prime Minister Truss, who further called the Queen the ‘very spirit’ of Great Britain and the reason why it is the great country it is today. “Her life of service stretched beyond most of our living memories.”

Her son, Charles, the new King, also expressed his sorrow on Twitter, noting that his mother’s passing will be deeply felt throughout the world and that during this time of mourning and change, the family will be comforted and sustained by how she was held in such a high-regard throughout her esteemed life. Her legacy will live on forever.

More Than 170 Cats Have Been Rescued From Severe Neglect In Crystal Springs, Mississippi

Photos by Meredith Lee/ HSUS The Humane Society of the United States (HSUS) is assisting the City of Crystal Springs with the rescue of approximately 170...
Read more

Photos from ZSL Anti-trafficking officials in Cameroon have struck a significant blow against the illegal wildlife trade after seizing 106 elephant tusks and putting an...
Read more
Industry News

The highly-controversial online auction of rhino horns that was scheduled to begin yesterday has been postponed until later this week. According to numerous reports and...
Read more
Load more