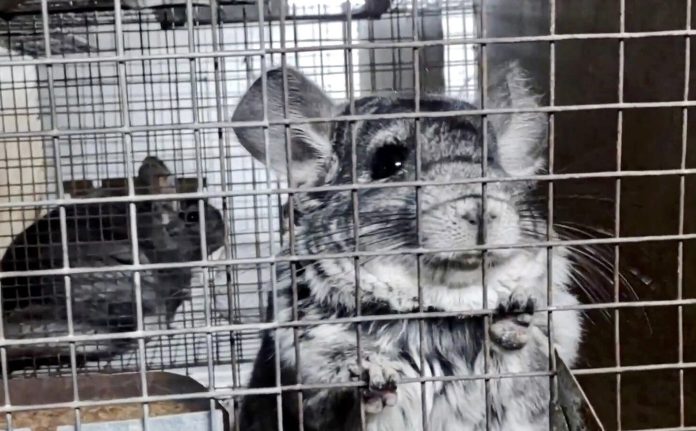 More than 10,000 people so far have signed a petition to Romania’s Prime Minister Nicolae Ciucă urging him to make Romania the 20th country in Europe to ban fur farming. This follows an undercover investigation by Humane Society International/Europe at the country’s never-before-seen chinchilla fur farms. 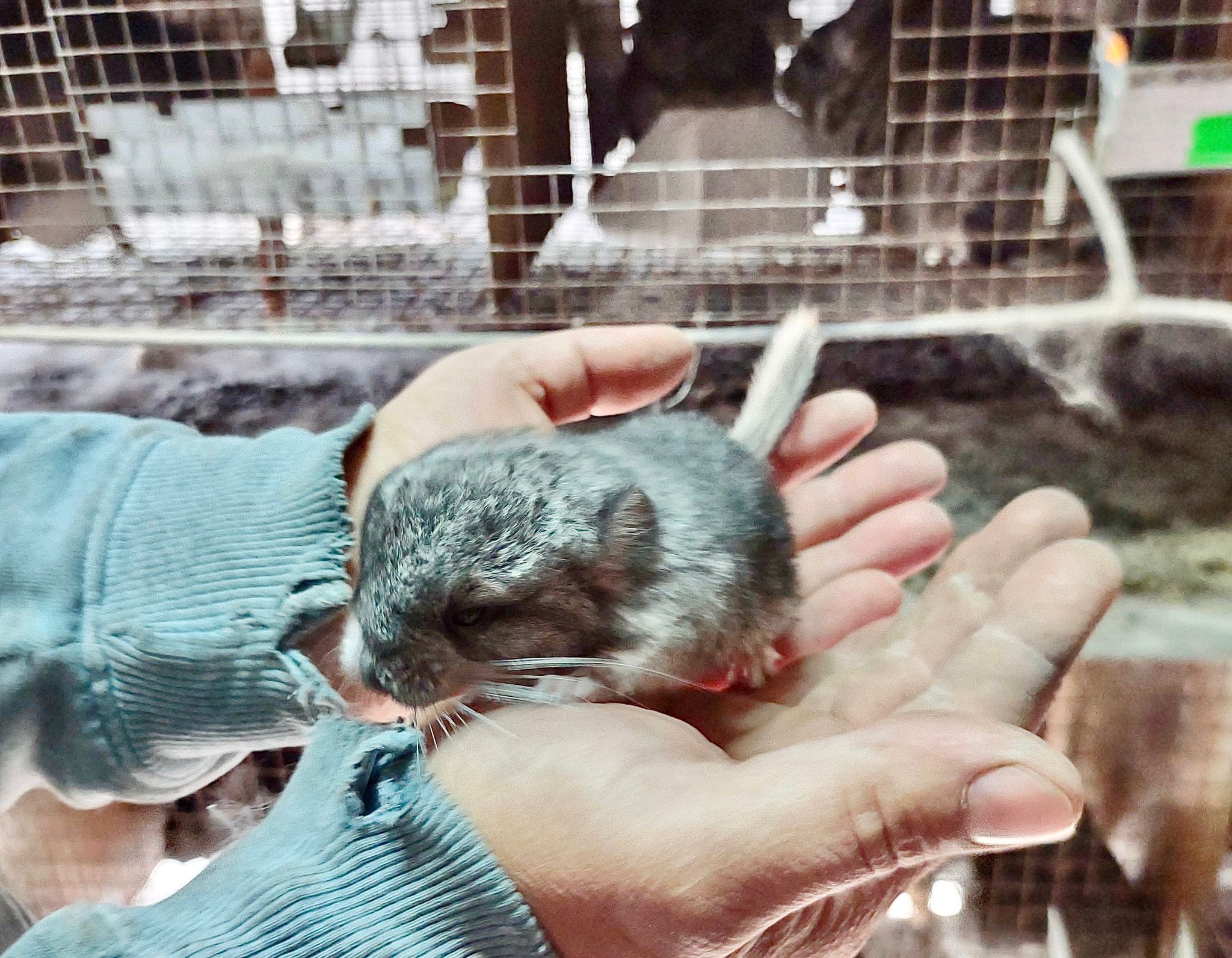 Following discussion with HSI/Europe, deputies from the National Liberal Party have submitted a bill to Parliament to ban mink and chinchilla fur farming. 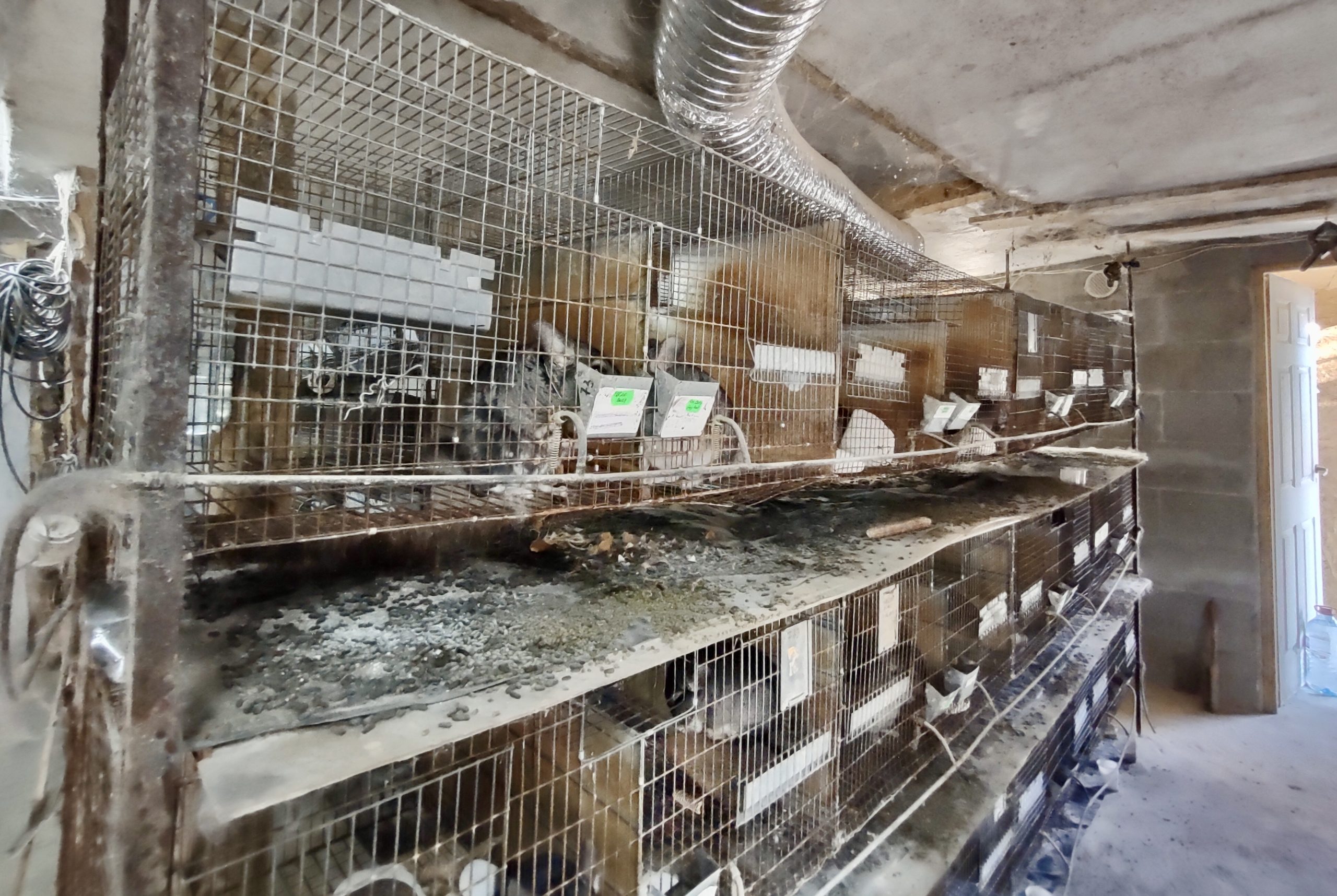 In the first-ever exposé of chinchilla fur farms in Romania, filming by HSI/Europe reveals animals confined in small, filthy, wire mesh cages stacked three or four on top of each other, in windowless “farm” rooms, with piles of excrement accumulating under each cage. Baby chinchillas are seen struggling to walk on the wire cage floor, their legs slipping through the mesh, and adult chinchillas are filmed frantically chewing at the bars. 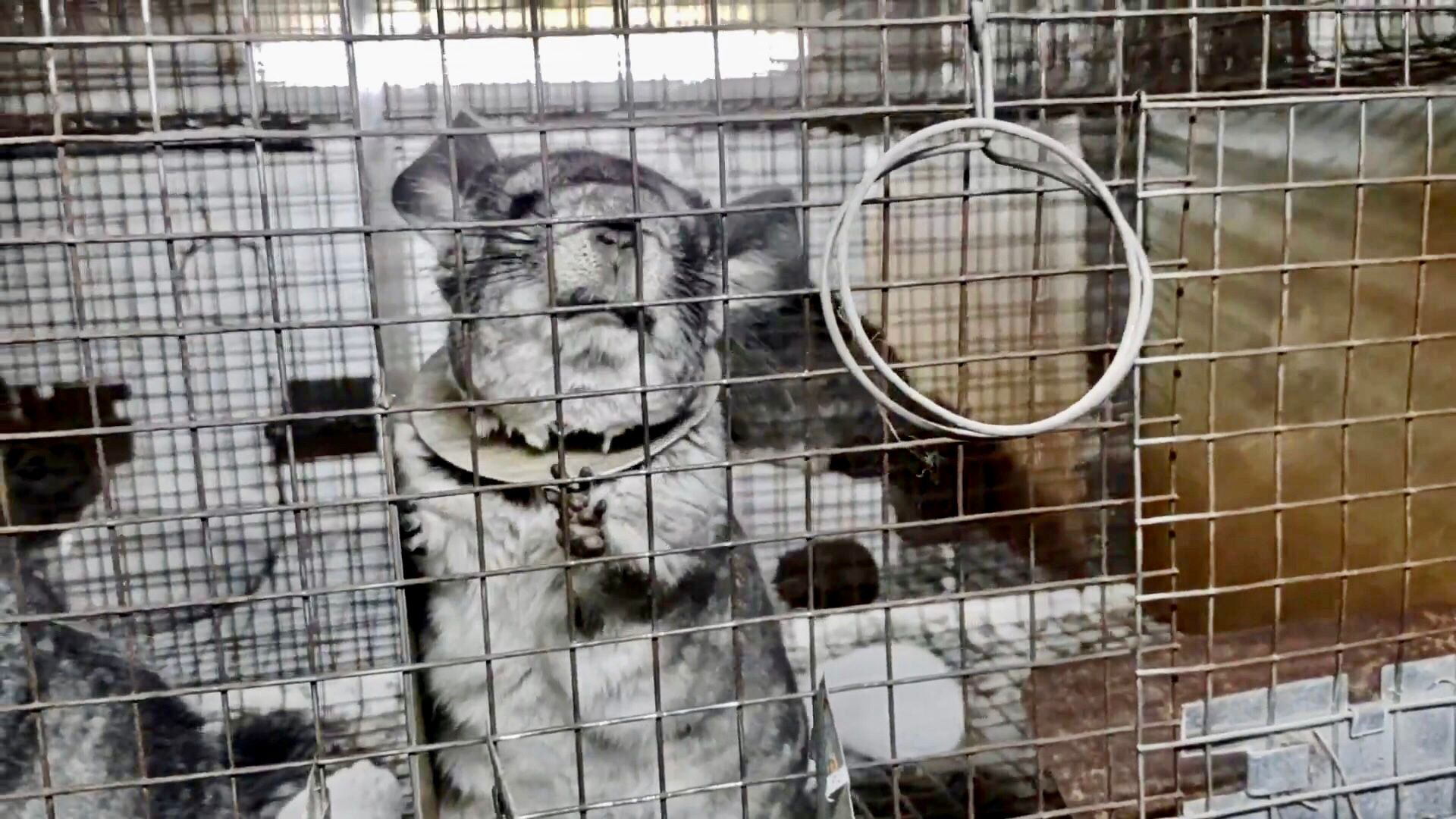 Chinchillas were housed individually (except when rearing young) despite being highly social creatures, and provided just a fraction of their species’ natural range in the wild. HSI’s investigator was told females are forced into a cycle of almost perpetual pregnancy, which can start again just several hours after giving birth. Fur farms employ an unnatural and likely stressful polygamous breeding system which allows the same male to have access to, and breed with, up to 10 females who are fitted with neck braces or collars to prevent them from escaping their own cage during mating. Several fur farmers were also filmed holding chinchillas upside down by their tails, a practice that goes against veterinary advice due to the risk of their tails snapping. 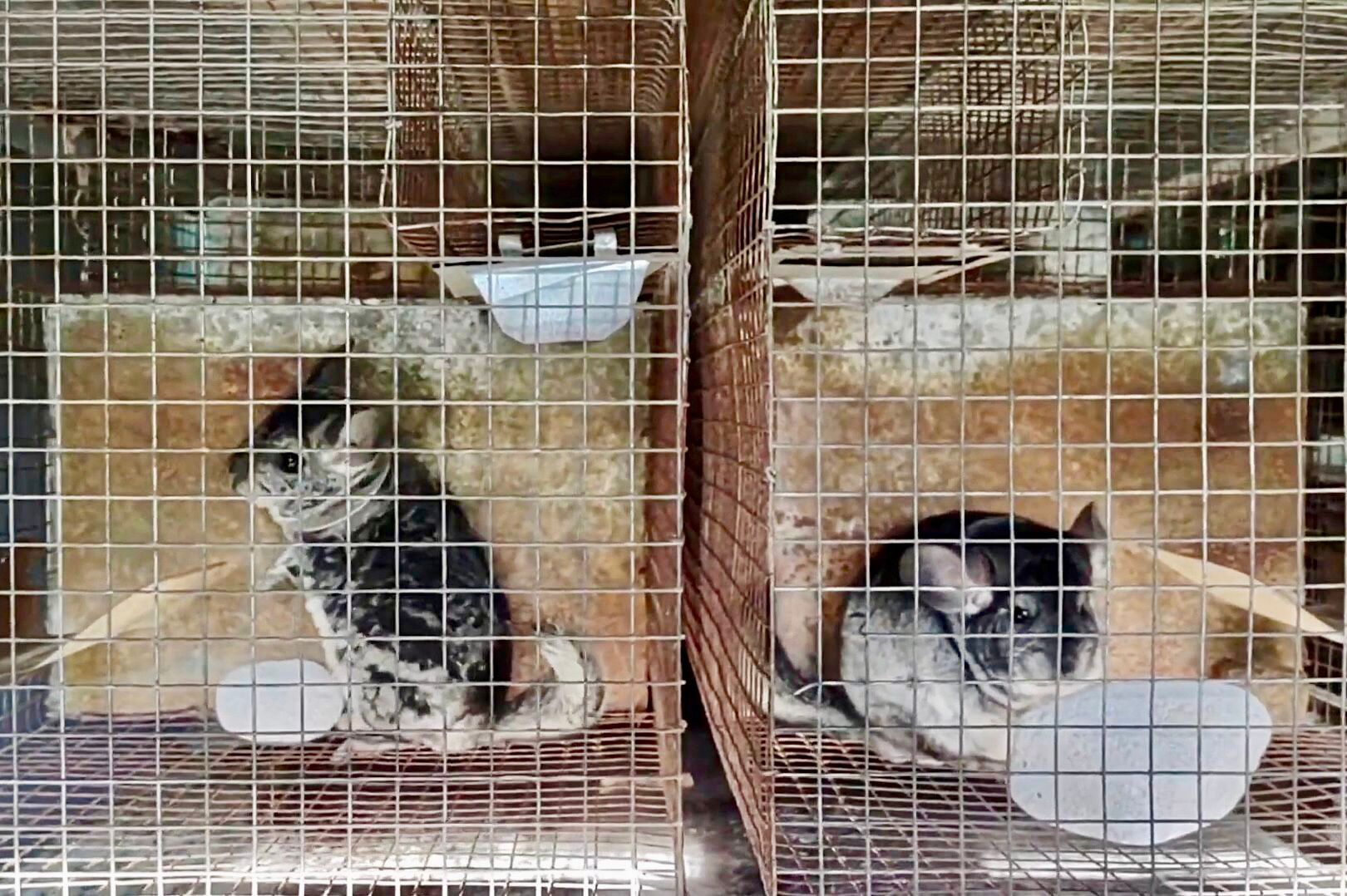 The investigation breaks as EU citizens in the thousands are signing a European Citizens Initiative calling for an EU-wide ban on fur farming. The ECI must achieve one million signatures to trigger a response from the European Commission. 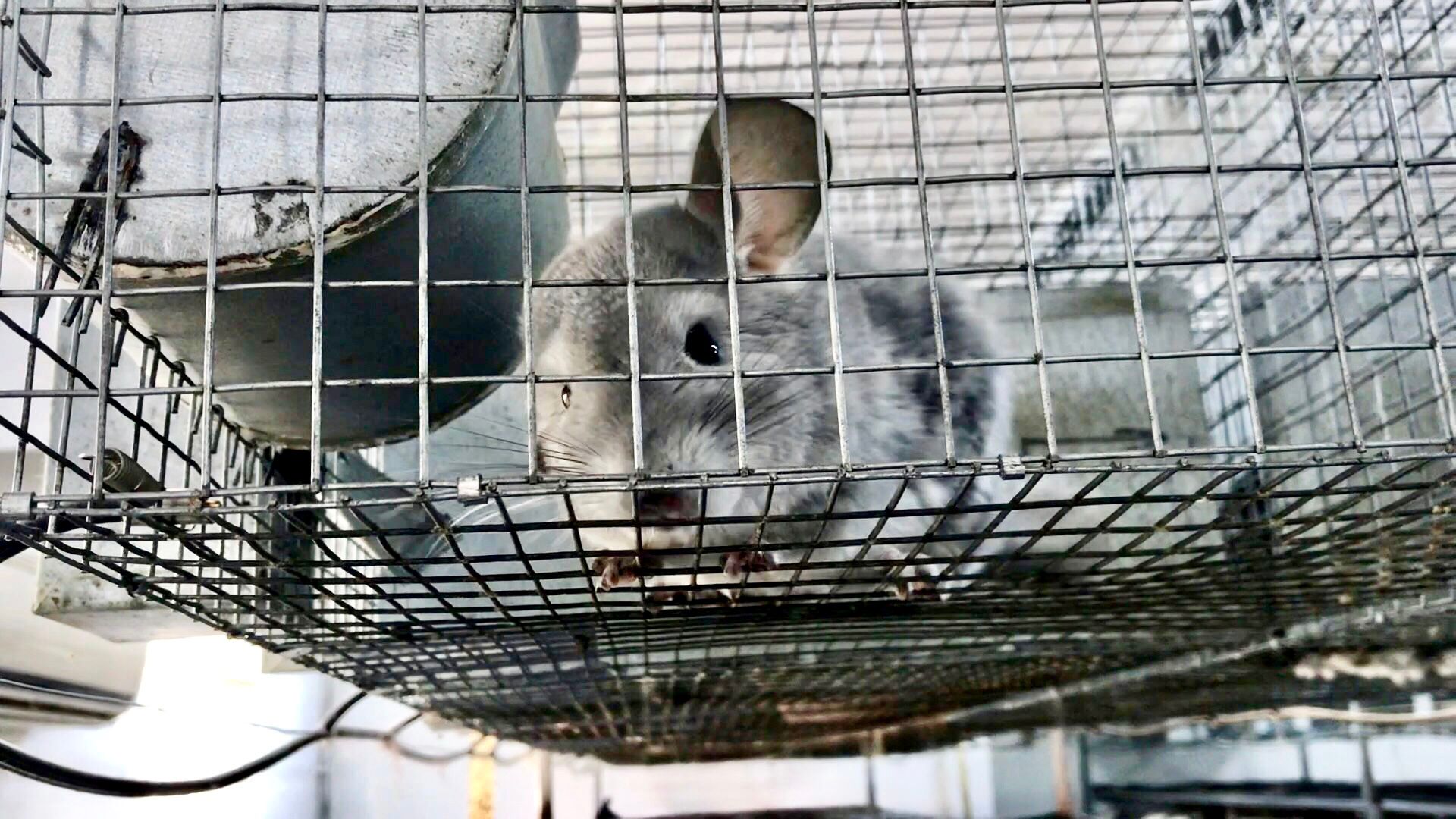 “This investigation provides shocking evidence of the deprivation these animals are suffering in Romania for the fur industry. Such cruelty brings shame on Romania and we hope that our investigation marks the beginning of the end for the fur industry here,” said Andreea Roseti, Romania country director for HSI/Europe. ”I am sure that most Romanian citizens will be horrified to learn that hidden from view, thousands of gentle chinchillas are suffering in silence for the sake of frivolous fur fashion items that nobody needs. There is no future in fur farming in a modern, compassionate society. That is why 19 countries across Europe have fully banned the practice.” 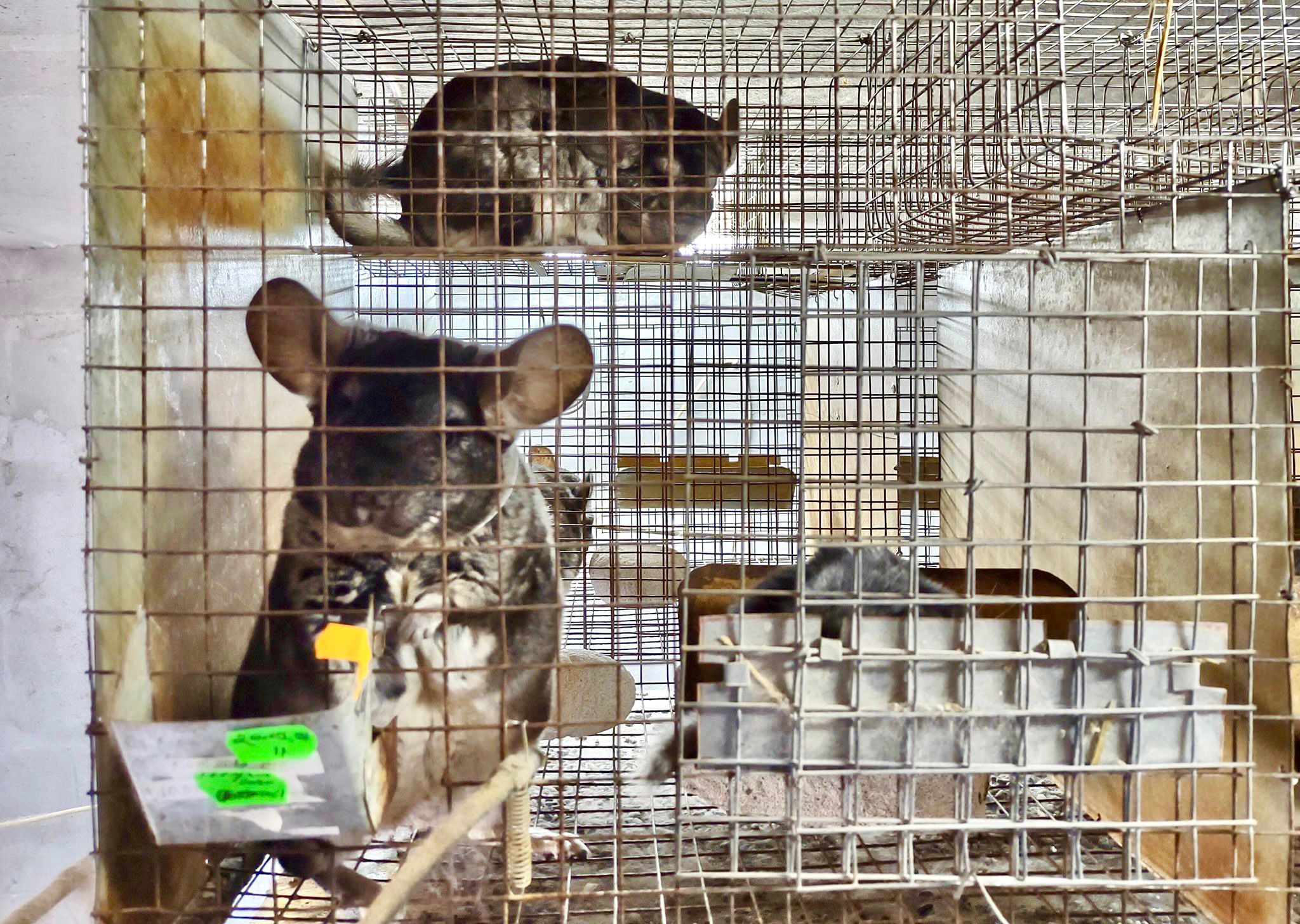 “We are calling on Romania’s Prime Minister Ciucă to act swiftly with a comprehensive ban on fur farming of all species, to stop this atrocious suffering in the name of fashion,” continued Roseti. “Top designers and manufacturers across the globe are shunning fur, and soon, we hope the fur industry will be consigned to the history books. This is Romania’s chance to be on the right side of history.” 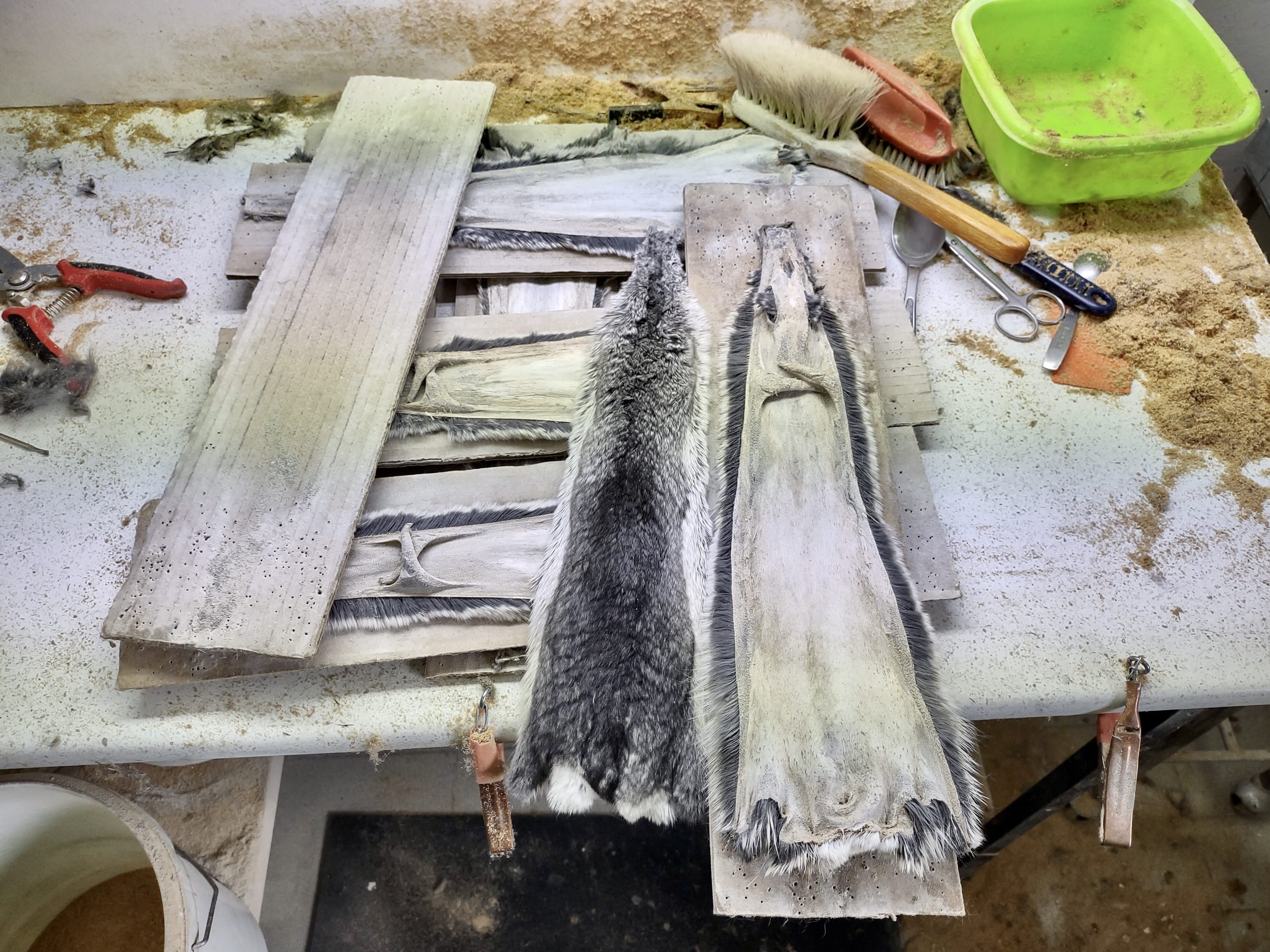 Unlike mink fur farming where animals are housed in rows of cages in vast open units in rural areas, chinchilla farming in Romania typically takes place in a room or even a basement of a building in more residential areas. The deprived conditions HSI/Europe found, fail to meet the very basic Five Freedoms of animal welfare, as well as the requirements of Council Directive 98/58/EC. 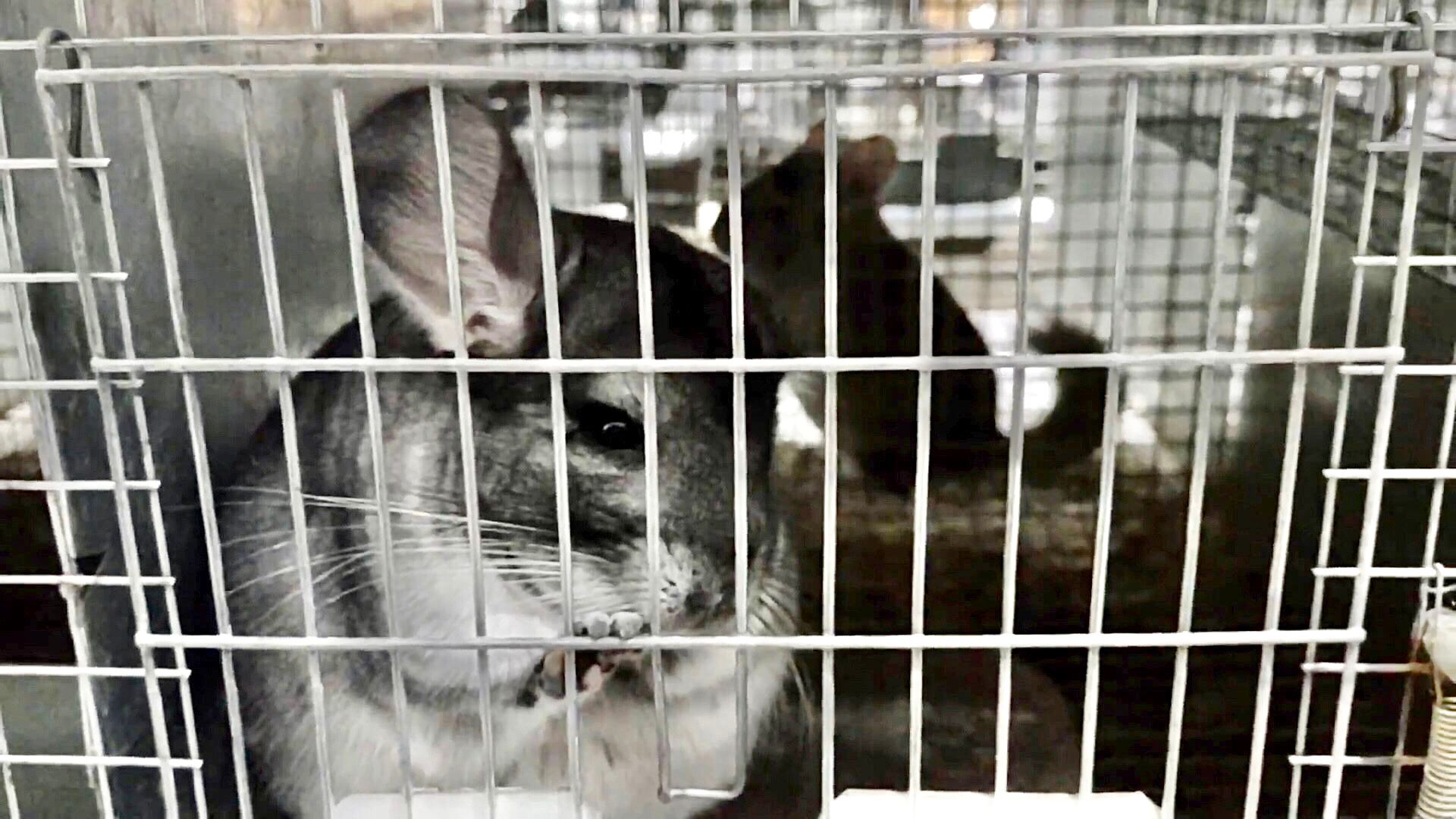 HSI’s investigation also raises questions about the methods used to kill chinchillas in Romania. A number of the fur farmers told HSI’s investigator that they break the animals’ necks, a practice not listed as an authorized killing method for chinchillas. One fur farmer showed the investigator his homemade gas chamber he had constructed using a pressure cooker, and another revealed chinchilla carcasses stored in a freezer. 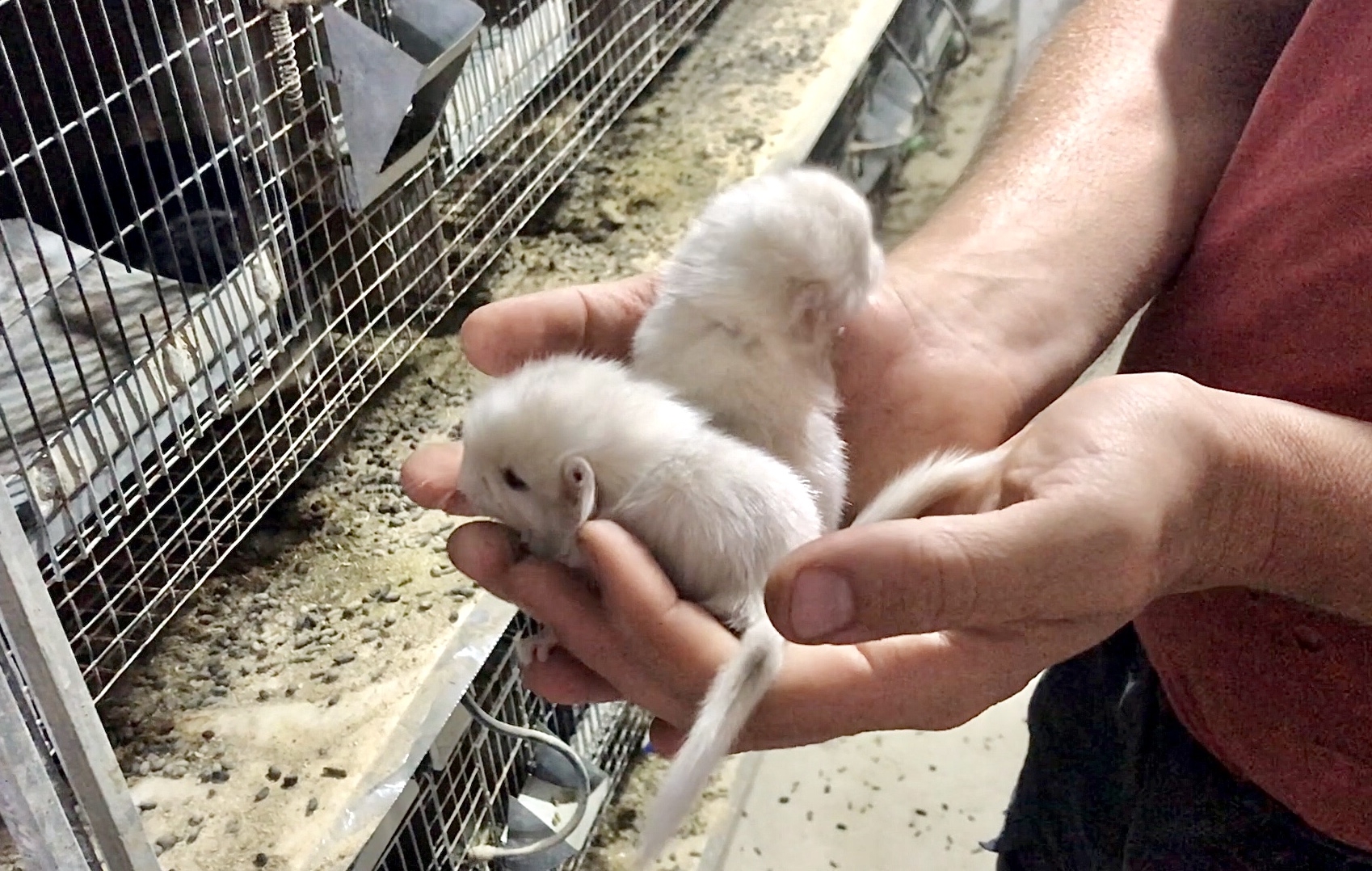 HSI’s analysis shows that a fur farming ban in Romania would have minimal economic impact because the industry has been in considerable decline for some time. Farmers told HSI’s investigator that pelt prices had fallen steeply from 40 euros to 25 euros each, and that the farming of chinchillas was not economically viable as a full-time occupation. 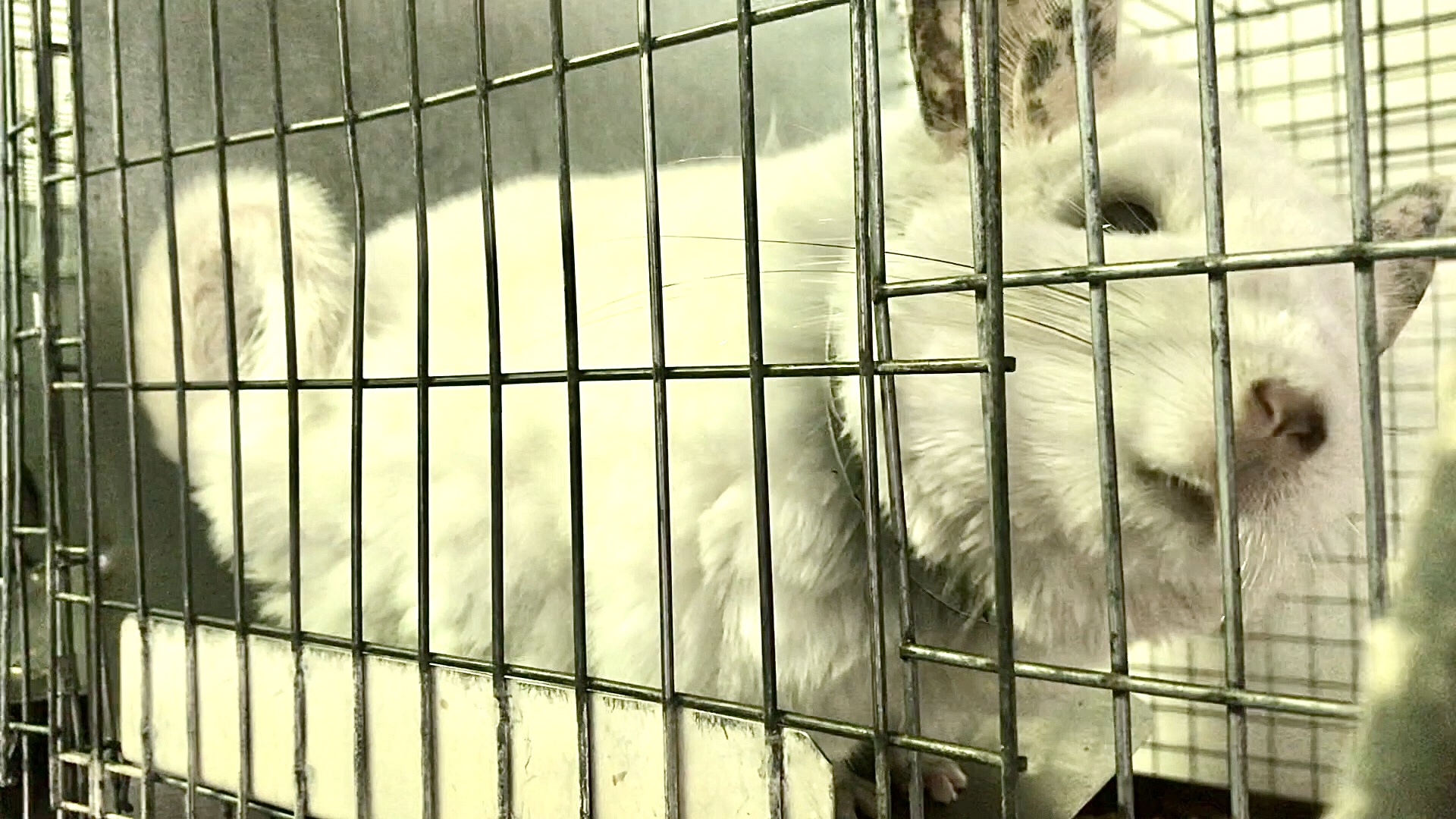 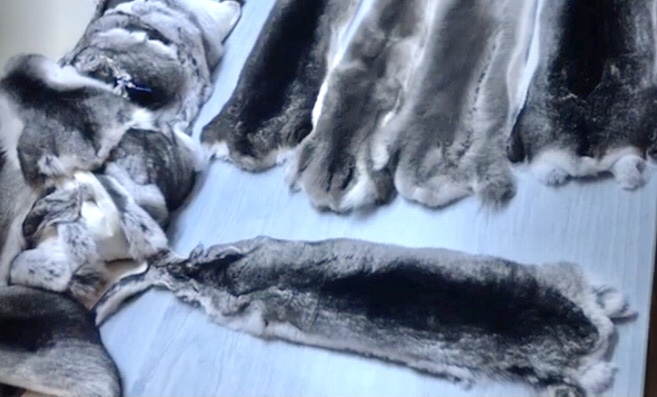 Although the fur market is in decline, chinchilla fur items still come with a high price tag. A chinchilla fur lined coat by Yves Salomon retails at Harrods in the UK for £12,600. Spanish homeware website Dentro Home, which ships to the UK, is selling a chinchilla throw for 124,950 euros. Chinchilla fur is also used by Fendi and Loro Piana.

Victory! The Ivory Trade Ban Is Finally Put Into Effect In The UK After Long-Fought Campaign To Protect Endangered Elephants

Wildlife campaigners rejoiced this week as the long-awaited ban on the ivory trade finally came into force in the United Kingdom on Monday. IFAW (International...
Read more
News

This week, the ASPCA (The American Society for the Prevention of Cruelty to Animals) announced that it has granted $225,000 to nine equine rescue...
Read more