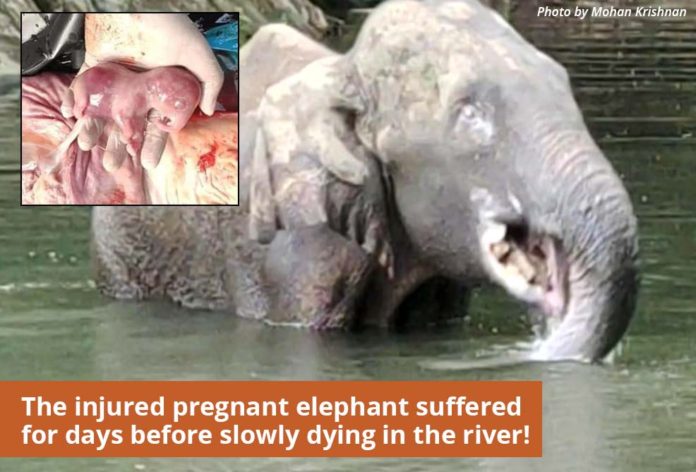 Update! 1st Arrest Has Been Made In Tragic Death Of Pregnant Elephant In India Days After Eating A Pineapple Filled With Explosives; 2 More Suspects At Large 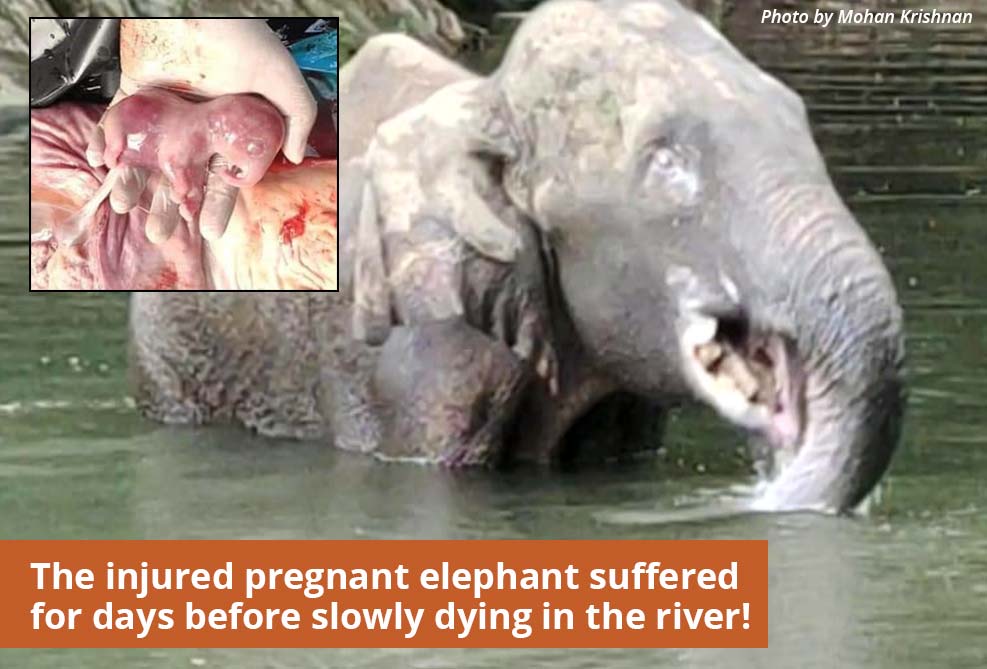 Kerala Forest Minister Adv. K. Raju announced today that a yet-to-be-named man in his forties has been arrested for his alleged involvement in the horrific and senseless killing of the pregnant elephant in Kerala, India, that WAN reported on yesterday.

The elephant was believed to be 15 years old and would have given birth to her first baby.

As per a statement posted on Raju’s Facebook page, the arrest of the yet-to-be-named perpetrator marks the first apprehension in the case that has sparked massive worldwide outrage.

The arrest comes one day after Chief Minister Pinarayi Vijayan said that three suspects had been identified.

“In a tragic incident in Palakkad dist, a pregnant elephant has lost its life. Many of your reached out to us,” Vijayan shared in a tweet on his Twitter account, noting that the police and forest departments will jointly investigate the incident, focusing on the three suspects. “Justice will prevail.”

The hungry expectant-mother left Silent Valley National Park in search of food and was likely excited when she smelled delicious ripe pineapple. When she tried to take a bite, a crude “country bomb” exploded inside her mouth, shattering her jaw and causing injuries to her mouth, tongue, and sensitive trunk, leaving her in senseless pain. While in agony, she walked around for days, unable to eat due to her injuries.

“It is heart-wrenching to think of the agony this elephant suffered for days after consuming the concealed bomb,” Wildlife SOS told WAN. “We are going to work to find justice for this elephant with the hope that no other elephant suffers a similar fate. We are offering a reward for information that can lead to a conviction of the elephant killer that planted the explosives in her fruit.”

“Asian elephants are endangered and the loss of one puts the fate of the species at risk. We hope that those around the world who are horrified about what has happened will call for both more enforcement and stronger laws to protect wild elephants,” concluded Wildlife SOS.

“She didn’t harm a single human being, even when she ran in searing pain in the streets of the village. She didn’t crush a single home. This is why I said, she is full of goodness,” said Forest Officer Mohan Krishnan in a statement on his Facebook page.

The elephant is said to have walked into the Velliyar River and stood there with her head partially underwater. It is believed that she was seeking relief from the excruciating pain that she must have been in.

After the Kerala Forest Department was notified of the incident, forest officers attempted to rescue the injured elephant.

The forest officer said two captive elephants were brought in to help lead her out of the water. Unfortunately, they were unsuccessful.

The elephant sadly passed away as a result of her injuries at 4:00pm on May 27th.

“Article 51-A (g) of the Indian Constitution says that it shall be the duty of every citizen of India to have compassion for living creatures. The pregnant elephant in the picture was killed in human-wildlife conflict. Action has already been initiated. But where lies our duty? In humanity?” The Kerala Forest Department posted on their Twitter account.

Crude “country bombs” are inserted inside fruits like watermelons, papayas, and pineapples, then left near fields by local farmers in rural areas to control wild boar that eat their crops. The practice is illegal. The explosives indiscriminately kill other wildlife species such as bears, elephants, and even people. The choice of juicy ripe pineapples helps mask the smell of gunpowder, but it is particularly alluring to elephants and bears.

Wildlife SOS is offering a Reward of ₹100,000 Rs for information that results in the conviction of this elephant’s killers.

Wildlife SOS is outraged and effective action must be taken.

Please sign this urgent letter demanding a full investigation and ongoing enforcement to protect elephants and other species, HERE!

The illegal trade in bear parts for traditional medicine persists in Malaysia with a higher percentage of shops selling products claiming to contain some...
Read more
News

The world’s leading international express delivery provider, DHL, has delivered a black rhino to its natural homeland in Tanzania after a move from its...
Read more
News

The UN Warns That More Pandemics Will Occur Unless Steps Are Taken To Protect Wildlife, Promote Sustainable Agriculture & Preserve The Environment

A new report warns that further outbreaks like COVID-19 are likely to emerge unless governments take active measures to prevent other zoonotic diseases from crossing over...
Read more
Load more