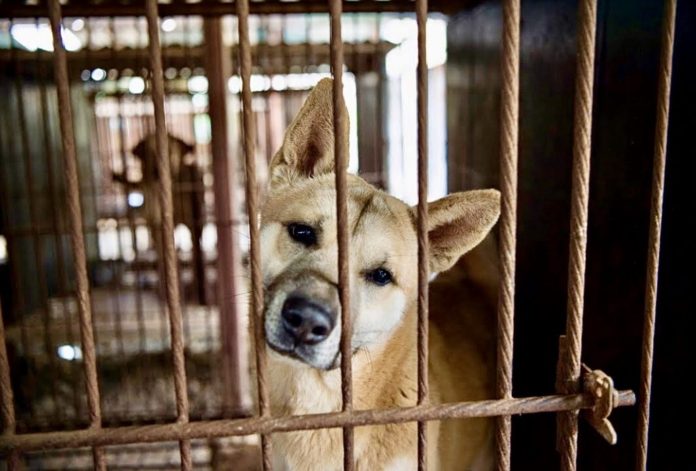 Victory! A Second City In Mainland China Bans The Consumption Of Dogs, Cats, and Wildlife, Giving Hope That More Cities In China Will Follow Suit

The city of Zhuhai in Guangdong province, has become the second city in mainland China to ban the consumption of dog and cat meat, and wildlife, in what campaigners at Humane Society International hope will be the start of a domino effect of progressive legislation across China to end these brutal trades that see an estimated 10 million dogs and four million cats killed every year, mostly stolen pets and strays.

Zhuhai’s ban comes after the city of Shenzhen banned dog and cat meat earlier this month, and just days after China’s Ministry of Agriculture and Rural Affairs publicly stated that dogs are companion animals and not “livestock.” The Standing Committee of the People’s Congress of Zhuhai Municipality stated that lawmakers must adhere to China’s livestock “white list” of animals for human consumption. Other cities in mainland China are believed to be considering bans.

Humane Society International has been at the forefront of campaigns to end the dog and cat meat trade across Asia for many years, and has helped to rescue thousands of dogs and cats from China, South Korea, India, and Indonesia. In South Korea the charity works cooperatively with dog meat farmers to transition them to alternative humane livelihoods, and lobbies regional and national governments to advance legislation.

HSI’s Wendy Higgins welcomed the Zhuhai ban, saying in a quote to WAN: “With now a second city in mainland China introducing a ban on eating dogs and cats, as well as wildlife, we hope that this can become a trend that other cities across China will follow. With no national animal protection laws in China and certainly no national ban on dog and cat meat, city by city bans could be the most efficient way to help end the cruelty while protecting human health at the same time from rabies and other diseases of concern.”

Higgins continued, “Zhuhai’s ban on dog and cat meat eating is thrilling news for all those in China and around the world who have campaigned for so long to end this brutal trade. Coming so soon after Shenzhen’s ban and the government’s historic statement classifying dogs as pets, we hope this is the start of a domino effect of progressive legislation across China with other cities following suit. With so many millions of dogs and cats falling victim to the meat trade, it’s easy to lose sight of the fact that most people in China don’t eat dogs and cats, and that for years there has been enormous public support in China for an end to the cruelty. So now it would seem that in the absence of a national ban, cities are taking matters into their own hands and reflecting the mood of the people.”

“This isn’t just good news for animal protection, it’s also very good news for public health because the dog meat trade poses a significant human health risk, linked to the spread of trichinellosis, cholera, and rabies. Rabies has been found in dogs traded for human consumption in China, Vietnam, and Indonesia, and is easily spread as thousands of dogs are crammed on slaughter trucks and driven across provincial borders to markets and slaughterhouses,” concluded Higgins.

WAN is thrilled by this victory and we look forward to more cities and hopefully countries following suit to end this barbaric trade.

Many cafés and bars that feature wild animals as if they were pets for visitors to play with are opening at alarming rates in...
Read more
Breaking News

The Animal Legal Defense Fund has filed a lawsuit against The Farmers Inn, a roadside zoo in Sigel, Pennsylvania, for maintaining animals in squalid conditions...
Read more
Load more